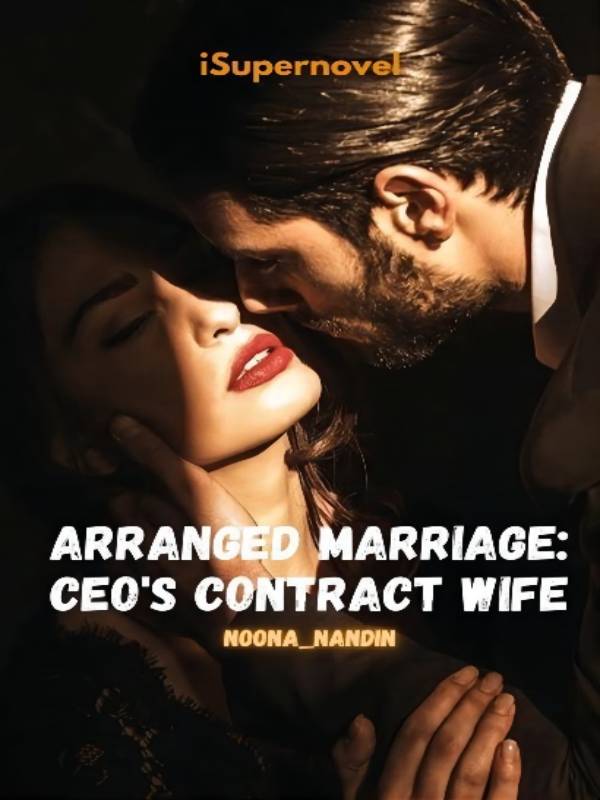 I will give you everything, money, and luxury goods but with one laden.""What's that?""Marry me by the contract, and you will get whatever you want!"Adeline, a 21-year-old girl, is a medical student who can't afford her tuition.Smith is a 26-year-old man, CEO of a large company.Their relationship began in a contract marriage which was considered to be beneficial for both of them.As time went by, they seemed to have a tender feeling for each other. But at the same time, more secrets and problems from the past came to the surface, especially the appearance of Smith's ex that shook their relationship.Slowly Adeline started to waver, did she have to endure the cold of their "marriage"?

In a big city with a population of almost double digits, a well-known company with the most employees stands firmly in the city center.

Smith Jeremy, which employee doesn't know him? Men or women may even have thought of getting him.

He is so workaholic, even rumors that he likes the same sex have caused quite a stir at the company because the man was never rumored to be dating like other wealthy businessmen.

The only child from the class of Jeremy Thomas who is famous as one of the world's best entrepreneurs. He began to worry about his son who doesn't even have a girlfriend at the age of 26.

Jeremy always tries to match his son, with other business children, even with famous models or actresses there. But Smith will not even come on the blind date made by his father.

A father's concern about the rumors that circulated made him confused.

He finally found a way so that Smith can start dating women, he doesn't care about anyone as long as the child has a wife.

"Smith came to Dad's room, I have something to talk about!" said Mr. Jeremy from his room phone.

Within minutes Smith was in his father's room.

"Smith sit down boy!" he ordered.

The man with an upright posture and flat stomach who was wrapped in a navy blue coat looked so charming that his father wondered what was wrong with his son. Even though a very childish face is one of the most famous targets throughout the capital, especially among businessmen and even celebrities

"What did dad call me?" asked Smith.

"Father wants to say something important now, and you must listen to this!" Smith started listening to his father which suddenly made him a little nervous.

"Father feels very old, and plans to travel the world enjoying the rest of your life!" Smith raised his eyebrows in confusion as to why his father suddenly spoke like that.

Mr. Jeremy sighed, "Father will appoint you as CEO of the company so that the visa continues," Smith nodded he knew a time like this would come, after all, he was the only child who would inherit the entire fortune of the Horskya Group.

"But father will propose one laden to you!" he continued.

Suddenly hearing that Smith immediately confirmed his sight. "What is it, has my work been lacking all this time?" Smith felt that he had worked hard and was worthy of being the head of the company.

"Smart business management is not the only thing you can survive in this harsh world, family support is also a good support for mental health from within!"

Smith is getting confused about his father's words.

"I want you to get married and have a child, after that I will give all of my father's shares to you and make you CEO.

Smith looked into his father's eyes, he had already discussed marriage with his father hundreds of times.

"I don't want to, I'm not interested!" replied Smith."Okay then, Dad will donate all of your shares to charity,"

"I mean about marriage and having a child," "Yes, it's the same!"

Mr. Jeremy put on his glasses and opened the file on the table without speaking to Smith again, seeing that the man who had a cold nature just realized that his father was not joking.

"I'll think about it then," Smith whispered almost inaudibly.

But Mr. Jeremy knows very well that his son really loves this company, so he smirks a little felt successful in making a deal with the son.

Smith came out of his father's room and began to think, who is the woman who will give birth to his child. In fact, he is not close to anyone.

Every day his father would stop by Smith's room to remind everyone that time was limited. Smith was only given about two months to find a future wife from any circle.

One month later, Smith was a speaker at a university he had donated to. As the biggest contributor to donations, he must know who gets scholarships from his money.

He looked at the list of people who received scholarships from the Horskya Group. But one name makes it a little awkward because it seems the person hasn't made any progress.

Smith called the financier at the University and asked why a girl named Adeline hadn't taken a practical test when this was the most important thing.

"Sorry Mr. Smith, like the rules which you had changed last year, we changed all medical children's scholarships to 50 percent so that more high achieving students can get scholarship assistance as well, but Adeline seems to be having so much trouble paying that she can't take the practical test yet!"

"Of course, even her grades are the best of all medical students!"

"Then I will help her, call her for me, if she deserves I will give her a full scholarship!

The university administrator immediately summoned Adeline to her room, and let her speak alone with Mr. Smith.

"What's your name?" asked Smith while looking at the complete biodata of the girl. He sat with one leg over the other, one hand turning the paper.

"So why don't you take the practical test?"

"I'm still trying, sir, sir, sir, I mean!" Adeline stammered, she was scared because she thought her scholarship would be revoked.

"I'm still trying to raise money to pay for the short practice exam fees, and I think I need some time,"

"But if you delay, you may have to repeat next year!

Hearing that, Adeline bit her lower lip, even though she had been trying desperately to become a doctor. But financial difficulties whack him.

"I'll even do anything, sir, I'm trying really hard for this I beg you don't withdraw the scholarship, I will try to raise money faster to take the practical test," Adeline's voice sounded trembling.

Seeing that Smith was a little confused even though he had no intention of revoking the girl's scholarship, he only explained the consequences if he didn't take the practical exam this year. However, the girl had worked really hard in her studies judging from her near-perfect grades.

"Can you give me about two months sir, I will find a solution for this"

Hearing the word two months, made Smith remember his father. About the time he gave to find a wife.

Smith then looked at the face of the girl in front of him, she had golden hair and green eyes! Don't forget a supportive body, even though he's wrapped in a cheap-looking t-shirt, he still makes his face stand out.

Contract marriage is the choice that is in his head now.

"Adeline, do you want to take the practice test this week?" asked Smith.

Hearing that Adeline immediately nodded. "Yes, sir I will do anything for it,"

"I will give you everything, money, and luxury goods but with one laden!"

"Marriage a contract with me, just a moment and you'll get whatever you want!" said Smith.

Adeline was shocked and just stared at Smith's face with her mouth slightly gaping.