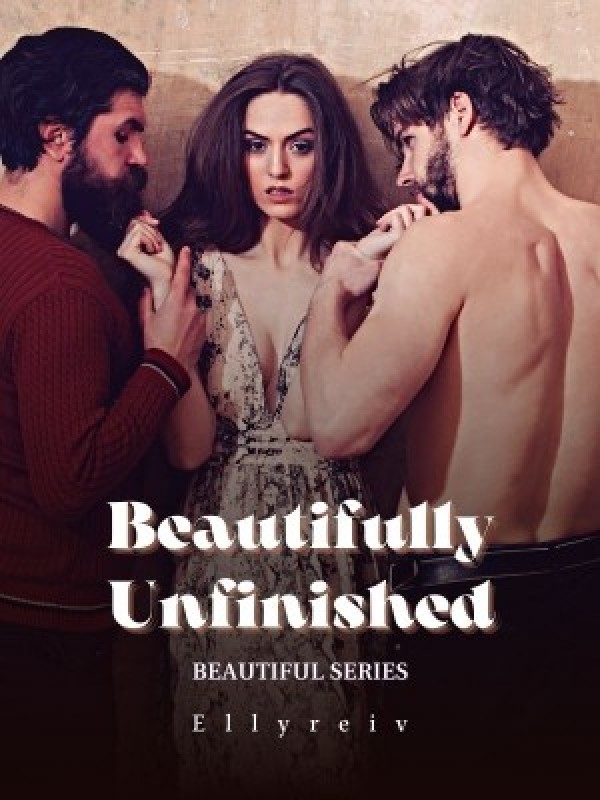 One steamy night full of lust. One mistake never expected...After a night of heavy drinking and clubbing with friends on a vacation in L.A, Miranda Rose found herself waking up completely naked beside the world-famous Satellite Patrol lead vocalist, Hugo Saint Clare. She woke up with no memories of how she had sex with the handsome crooner. Realizing that she gave up her virginity to the charming vocalist, she felt ashamed of herself for things that she doesn't know what she could have done with Hugo during their steamy and drunken one-night-stand. Out of embarrassment and blurry details, she tried to push that event out of her head by moving on. She kept everything to herself knowing the global fanbase that the band has and how possessive his fans are when it comes to issues. Miranda didn't want to ruin Hugo Saintclare's career and remained silent trying to forget about what happened that sinful night. Seven years later, fate plays with her and Hugo, they end up meeting each other again by accident. Knowing how things ended when she left his hotel room seven years ago, she was scared of the possible changes this will cause in her life together with Benedict. Will, there be a second chance for something they had, now that they have crossed each other's paths for the second time, or will it remain as something that is beautifully unfinished?...

"Come on Randy. It's going to be fun!" Nina whines as she tries to pull me off of my hotel bed.

"Nina, I really don't want to go to any parties here in L.A.” I answered while groaning in pain. “It's too noisy. It's too loud and crowded. And, I’m sick. Like really really sick." I explained.

"First of all, that's what parties are for. Second, we're all going to college after this summer, we need to get ready for more parties to come. And three, you're totally fine!" Nina says sarcastically as she puts on her mascara.

My friends were all into parties and I don't even know why in hell we became friends in the first place. In high school, people would always ask why I became friends with them since I don’t even physically belong in their circle. I think it all started in liking the same things but even if people questioned the friendship I had with them throughout in high school, I enjoyed their company.

I even heard that they were only keeping me because I looked nerdy and pretty girls in high school always needs to have an ugly friend to make them stand out. I didn’t really mind it.

But despite our attitude and personality differences, we had the same interest on one thing.

Satellite Patrol, the biggest band on the planet and have been often subject to fan hysteria.

They propelled to global success by social media and had topped charts in most major markets and generated big hit singles since they came out. They are so popular all over the world and broke history when their first four albums debuted at number one.

They are the best-selling band of all time having sold a total of 90 million records worldwide. They won 250 awards from awards’ shows and won a lot of females’ hearts all over the world. Forbes ranked them as the second highest-earning celebrities in the world in three consecutive years.

"Jeez Rands!” Beth chimes while shaking her head. “We're here to have fun for this vacation. We've saved up for this trip for an entire year. Now don't be a party-kill."

"Yeah you are. You missed that SatPat concert we attended yesterday ‘cause of that stupid tummy ache and no one would ever." She scolds me.

I did feel a little disappointed that I missed it.

“I mean…” She continues. “Miss out something as huge as a Satellite Patrol concert over a stupid tummy ache."

"I would still go there no matter what.” Beth chimes. “Even it means I'd shit on where I am seated or even if I am on my deathbed, I would still go.”

I chuckles softly as I thought to myself how would you be able to enjoy a concert when you’re sick?

"Exactly my point!” Nina seconded. “You had to sell your ticket and miss the fun. Now don't tell me you're not going with us for a party tonight. You're always such a bummer, you know."

"I'm not!" The more defensive I am, the more I realize that I've always been a party-kill. All those times they asked me to party with them, I always had had reasons to miss it. Both intentional and unintentional, of course. Well, I have had my fair share of excuses here and there.

But for the record, I was terribly sick last night and I was having a deadly tummy ache which caused me multiple trips to the bathroom the entire day and night. Scallops, it had to be that fresh scallops. Curse those scallops I had for dinner, now I missed my chance to meet the ultimate love of my life, Landon Thompson. He’s the drummer of SatPat and the best drummer in all over the globe. I even told my dad to buy me front row tickets but I had to sell it because I don’t want to embarrass myself and poop in my pants.

"And we're going back to New York tomorrow afternoon. Lighten up! College is starting in just a week." Beth jumps to my bed.

I stare at my two friends who were all wearing such skimpy sparkly dresses and high heels, showing off their belly, with heavy make up plastered on their faces. They look mature for their age but I guess it's a trend now. They both looked beautiful to be honest and I know I'm nowhere near them that’s for sure. I would probably wear anything I could grab comfortable from my closet and definitely not like these.

I glanced at my watch, and it was already eleven in the evening which makes me think that the night is still young for teens like me. Usually, back in New York, I would spend most of my time reading books all about nursing and being a healthcare provider.

Yes, yes, boring I know. We all have ways to cope up with boredom okay?

I have always wanted to be a nurse and that's what I'm taking up in college this fall. I want to prepare myself in advance once I get to medical school that's why I've been reading different great books for my course.

"I heard some hot guys go to that bar on the regular and that's where we're heading to. Come on Mirandy." Nina joins Beth on top of my bed as she rests her head on my shoulder.

"I also heard that Ned Hall and Landon Thompson went there to party before.” Beth giggles while wiggling her eyebrows at me.

“Maybe you'll have your luck tonight and meet one of the boys. Or even Landon!" Beth giggles, continuing to tease me.

Being an ultimate fan like the rest of the world, I fell into those incantations and a part of me actually believed that I would definitely see them. When Landon was mentioned, my ears instantly tingled.

"Guys, even if I'm not there, it'll make no difference at all." I doubt.

"Oh bullshit, we're incomplete when you're not with us. What if you'll meet your one true love there?" Beth adds as she looks at me on the mirror.

I laughed softly. "Seriously Beth. In a club?"

"There are always what ifs Miranda. Don't lose hope. I'm sure you'll meet him tonight. Now start pulling yourself off the bed, we need to get you ready whether you like it or not." Nina says.

The two of them started pulling me from the mattress with teasing smiles on their faces even though I kept pulling myself back away to stop them but they were successful. Actually, I gave in.