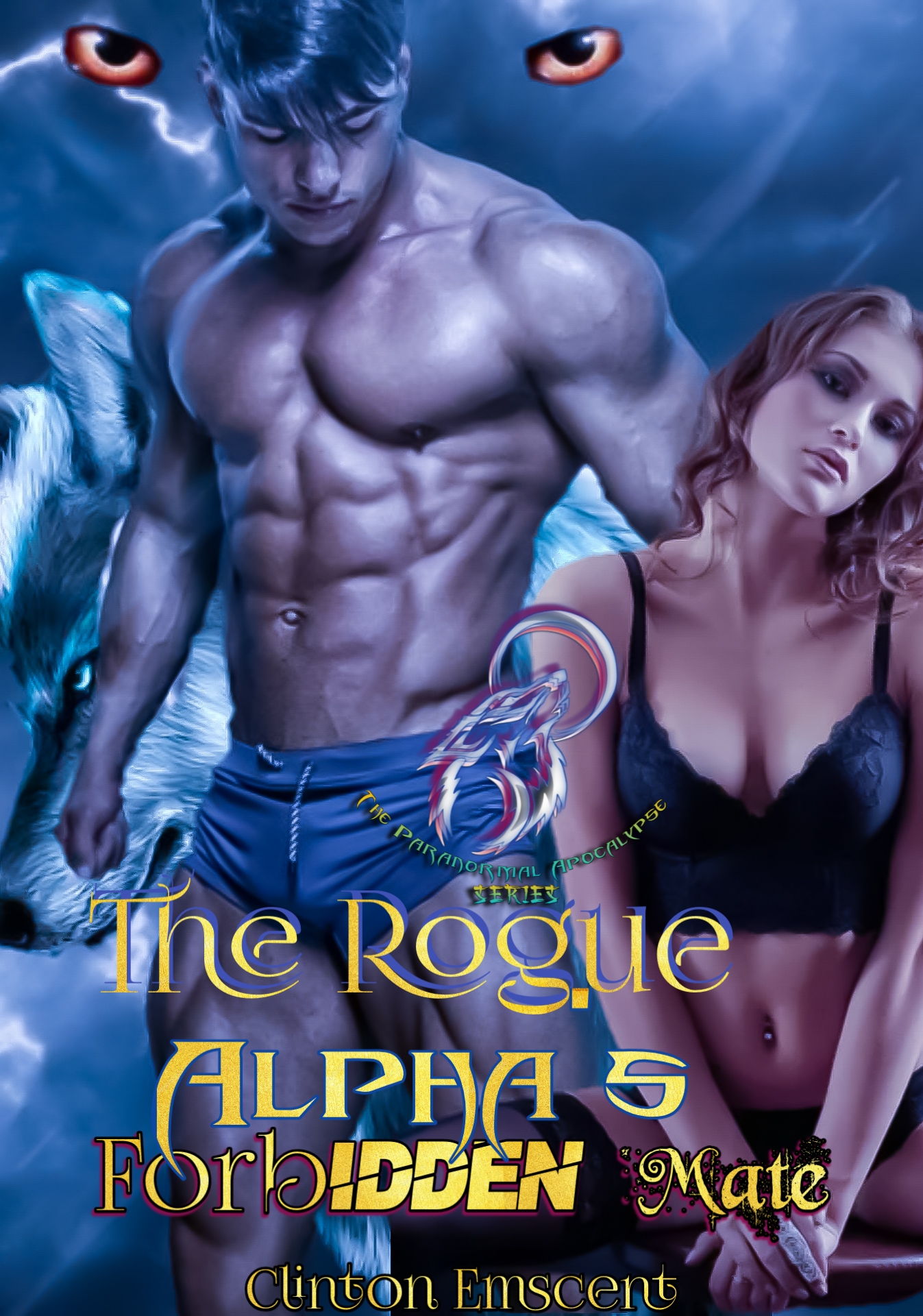 "I will have you, now and forever" his voice echoed in her ears and their eyes never blinked nor parted from each other. Logan couldn't believe that he actually said that because he felt it— he never had. He wasn't just a mutated Alpha King who couldn't shift into a real wolf, unlike every other Alpha, he hadn't any prescribed Luna and couldn't feel the need for one, was this curse getting broken or was there something else about this human whose eyes loomed with danger, detest, rage, and lust?

Chapter 1: A Price They Pay

I stood in front of the mirror, completely surprised by my own figure. Suddenly, it seemed that I wasn't the owner of this body.

I admired and praised my own body. I was in love with it and liked the idea of self pleasure. What could be better? I was addicted to my body, always busy with my self, and I had no need of getting saved from it.

I looked over the bed and wished that the man did better. He wasn't man enough, and that was why I had to pull the trigger and make a hole right on his forehead.

I walked back slowly to my bed and sat down on the edge of the bed, enjoying the soft mattress and foam stimulation. I moved slowly, letting it arouse and pleasure me more as I fondled my breasts, parting my lips to let out breathed moans.

I shut my eyes as I led my right hand down "uh huh" I moaned as my finger started sliding in effortlessly, curling up, but I was jolted by a knock on the door, almost like a shock wave.

I reached for my panties, and slid it on immediately but the line went under and deep to my jelly roll, I didn't want that sensation again! , At least for now. I put on a transparent singlet, and pushed the man down to the side of the bed, covering his lifeless body with two thick bed sheets.

««knock! knock! »» whoever it was, sure was looking for my trouble. Damn! It was only 7am! Was it how they treated their customers? I gritted, murmuring "Go away!" Through clenched teeth.

The voice behind the door was muffled. They seemed eager to open the door… my brain tweaked, and I reached for my purse, bringing out my B&T's veterinarpistole VP9, and fastened the silencer.

I tiptoed to the door, holding the gun against the wall. There was no opening to see who it was. But I was ready.

I exhaled as I held the door knob to a slight 360° and pushed it open!

"Damn it!" I exclaimed, running my fingers on my bone straight blonde hair

"I - I-m sorry ma'am" she stammered, as she extended her hand to me which was occupied with a black file.

I brought my eyes down to it and up to her again. She gulped, as her eyes deepened in anxiety. She hadn't even seen my gun yet as I pressed it against the wall behind the door.

"Mandy where did you get that?" I questioned, straightening my face.

She opened her mouth, forcing her vocals, but no words were spoken

"Snap out of it Mandy, I'm not a monster. Are you going to tell me where you got that or do you want to see the monster in me?" I threatened, with a mischievous smile.

She shook her head persistently "um a gentleman dropped it and drove off, I ,I didn't see his face, and he didn't say who he was , sorry…" she pleaded

I tucked the gun behind, inside my pants. "I will take it…" I took the file from her hand, she was relieved, she thanked me. "You can go, now" I closed the door and flinged the file on the bed.

"Sons of bitches" I snarled, as I sat down on the bed with my hands swiping down on my face.

I glanced at the room, and sighed; I needed to do something, other than open that god-damned file!

I was reminded that it was morning time through the beep on my Breitling Cockpit B50. I wore it all the time because of the nature of my job, and had set the alarm for 7:30am.

I sprung up from the bed stretching my body, and clicking the bones on my neck. After a satisfying twist and turns, I went to the window. The curtain was heavy and barely had illumination pierced through it…

I grabbed the sheets, drawing the curtains apart and the room was immediately awashed with morning sunlight.

I crossed the room, heading to the door just across the room, and opened wide, the glass door leading out to the exotic swimming pool, but first my nostrils were blessed with the sweet breath of the morning.

Most times I was here, it made me feel that the world is as bright as the light of the morning sun, even brighter, and the darkest of hearts can find light in the world, but not me, there was no redemption for me.

I would reluctantly pass, unto the space, to deep my body into the cold water, served with the purest and exotic wines, with specially made cakes, and fruit juice, for breakfast.

I had taken over the hotel after I killed the owner, and now, I enjoyed the hotel, but I didn't care about how they managed it, there were managers. All I did was take over the hotel, nothing else.

The pool was restricted to the public, I was the only one who had access, and a door was made from my room so I could walk into the pool easily, and anytime.

A trivial moment later after I was immersed in the goodness of the pool on my body, a commotion arising from the restricted entrance got my attention.

I looked over my shoulder to see two figures, one hastily, rushing to halt the other from getting in. But it was too late, he was already in,and he was going to see me, whoever it was would regret not obeying the rules.

"Good morning…" The voice was familiar, one I detested. I came out of the pool in a bikini as spars of water columned down my body spirally.

The man must have stopped his speech to fix his attention on the body of a goddess. Men, they were all the same. My body was wet, and water dripped from top to bottom. My nipples pucked out, and the light bra hugged it.

I was slim fit, and had radiating skin, blue eyes and full upper and lower lip with no very accentuated cupid's bow but rounded upper lip.

My nudity was enough to lure them, no matter how faithful and loyal they were to their partners.

I wrapped a towel around my waist, smiling at the man as he extended his hand for a handshake.

"And who might you be?" I liked using words in sentences abnormally.

His face was lit, and he brought out a badge. "Detective pearson"

I growled under my nose, suppressing my breath and veiling it with a chuckle.

I glanced at Mandy, her face was turned down to the earth, as if she was pleading to die a peaceful death, she wished she could just disappear.

"Mandy love, what did I tell you about allowing strangers and the cops in here?" I said, smiling at the man. Mandy knew better than anyone, she dared not talk, but poor girl, her body couldn't handle the willies.

"Formalities aside, what can I do for you detective pearson?"

He reached for his pocket behind his back…"Formalities can't get aside…" he brought out a handcuff and the tone in his voice changed, his face threatened me, or should I say; he tried to.

Damn it! I hated seeing those! It was like a tumor to my brain and opened the gates of hell I'd rather have closed.

"Camila Lipa, you're under arrest for two counts of murder in the past three days, and …" he stepped closer "you know the rest…" he leaned closer. "You have the right to remain silent. Whatever you say or do…" in no time, he was in possession of a SIG Sauer P320 pistol, cautiously.

"Will be used against you in the court of law"

He motioned to take my hands, I shrinked away with a snarl "Seriously! Are you going to arrest me in a bikini? Bitch I'm naked!" I loosed the towel, slipping my fingers in my pant so it could loosen down.

The towel slipped down from my legs as my pant loosed going down a bit to sufficiently reveal my groin, he panned down, and I gave him an uppercut immediately which broke his nose, I kicked out the gun from his hand, slid out my gun behind my pant, and pointed it right at his head.

He cowered at the sight of the gun, raising his two hands over his head… "Ca … Ca-..." I pulled the trigger at once and his body fell on my feet.

I had slid the gun to my pant when Mandy came to my room and forgot to take it out, so when he brought out a gun, I remembered that I had one behind, I just needed to distract him!

I crossed over his body, leaning close to Mandy, who was whimpering. "Help me clean up this mess as usual, and always keep your mouth shut…" I nibbled on her ears, slurping my tongue on her neck. she squirmed "I like you, and I will have a taste of your punani soon enough, okay?"

I went back to the room and ripped the file apart. A military wireless earbud retrieved from it was clogged in my ear.

I pressed a tiny button «I'm on»

«you have your next assignment Camila»

«not much yet. But what we know is that he has something we need. And his assets would be valuable to us. We believe he is connected to the Chinese cartel.

He might be the weakest of the link. Source says he's been hiding under the shadows, he might be more than we think he is, but we believe he has money. Be careful.»

«He goes by Reed»

I removed the bud, destroyed it. Took my belongings and barged away.