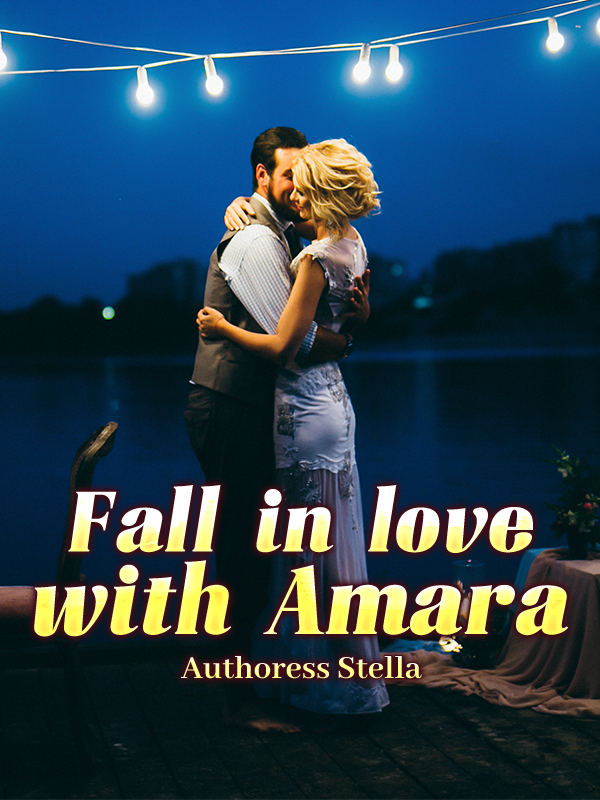 Fall in love with Amara

Have you ever heard of magic? Get to know in the Kingdom of Amelia. The Kingdom where magic strongly lives in every single soul dwelling there.Amara, the princess of Amelia, often dreams of stepping her feet out of her Kingdom. Fortunately, she got the opportunity to leave her Kingdom for a mission.Based on her mission, her destiny is to marry a wealthy but arrogant billionaire, Collins Edward living in New York City.Will she fulfill her destiny?. Or are there more to be fulfilled? What will happen if the magic world encounters modern romance?Find out in Amara!.

Amelia is one of the strongest and powerful place in magic history. Years ago, a magic amulet protected the people from danger as they lived in peace and harmony not until a powerful old witch Nikita intruded Amelia and stole the amulet.

No one could defeat Nikita. Alinna, a maiden of Amelia tried in defeating her by sacrificing her own life. Fortunately she defeated Nikita but the amulet is still not yet restored.

Queen Alisha is the ruler of Amelia kingdom, she was chosen by the goddess to rule the people of Amelia since she has a pure heart.

I smile admiring everything around me, the lovely sight of the flowers, the blue sky and many more. I puff out a deep breathe as the thought of how other places far from Amelia will be, I guess it will be much beautiful than here..

Am Amara Pikana, daughter of queen Alisha, granddaughter to goddess Alinna. Everyone in Amelia has special powers while some practice magic. I have healing powers and can cast some magic spells taught by mother.

I am tall, curled black long haired, pink lips, pointed nose, have brown eyes and beautiful as the princess of Amelia.

I jerked up from the green grass holding my sword firmly. “Oh no. Its almost time for the ritual . mom’s going to kill me.” I said and jumped into the porthole I created and appeared right in the palace.

Everyone gathered round Mazu the priestess crystal ball. Mazu is the only one who communicates with Alinna, the goddess even if she’s my grandmother.

Mazu cast some spells and threw magic dust on the crystal ball, her eyes turned blue and slowly turned back to brown, her normal eye color.

“What do you see?.” Mother asked and continues. ” is there any way we can bring back the amulet?.”

“Yes.” Mazu answers. Mother smiled happily as everybody cheered. I felt so glad!

“Our princess is the chosen one. The one to go in search for the amulet.” Mazu tells.

My heart skipped. Everyone glance over at me.

“You’re destined to. By getting married to the man.” She says still throwing magic dust on the crystal ball.

“How can I get married to a stranger?.” I ask really confused.

“It’s the decision made by the goddess. Its the only way in bringing back peace to Amelia. So much had happened after the dismiss of the amulet.” Mazu says calmly.

“Nikita stole the missing amulet. How is it possible for the strange man to have it.” Mother asks.

Mazu shakes her head sideways. “I have no answer to that my queen. Am just to tell you all what goddess Alinna tells me.”

“Sir, this is the file you asked for.” Mandy my staff says.

“Good.” I said and collect it. I briefly went through the file and felt pissed.

“What the fuck huh! This isn’t what I asked you to do. Dumb ass.” I half yelled.

“But… Sir please forgive me. I promise not to make any more mistake.” She says now in tears. Arrgh pathetic.

I placed a call on the telephone. “hey get me security.”

Immediately, two security guard came in. “Dump her out.”

“Yes boss.” They replied and directed her to the door. Bitch..

Yeah,I am Collins Edward, a billionaire. The CEO of Halward Business Enterprise. I own lot of companies, clubs, supermarkets and many more.

My phone rang, its mom.

I roll my eyes tiredly, already know what she meant.

“common mom. We’ve talked about this.”

“When will you get married Collins? I want my grandchildren. You know I am the only person you have ever since the death of your father.” She says emotionally.”

Gosh mom, what’s with her with grandchildren? I don’t want any damn thing with women.