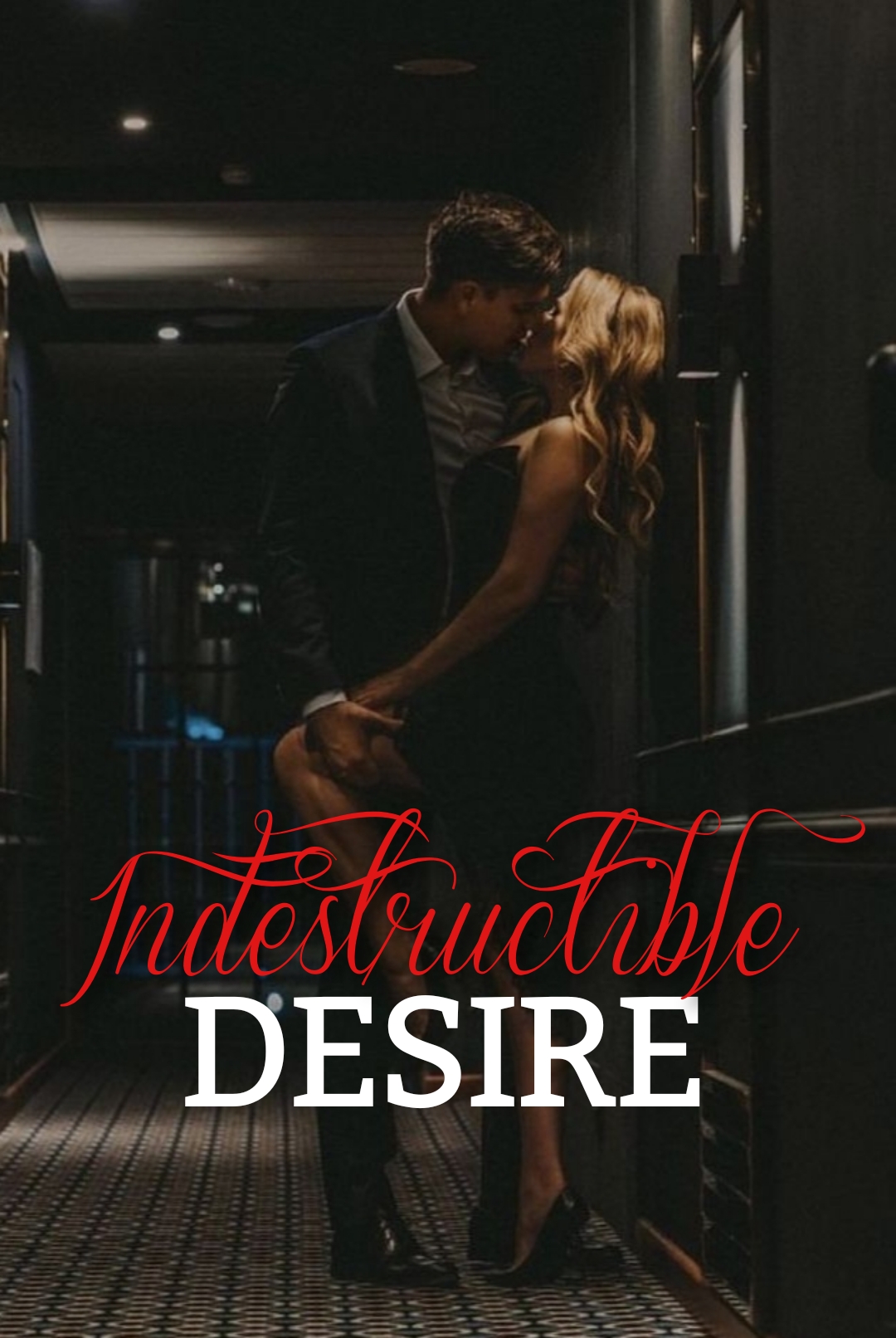 Which is more important: money or love? Marie choose money. The concept of love instilled in her by a man named Gallagher Svensson will never revive her. Gallagher is nothing more than a scrounger.

Marie's face was expressionless as she gazed at her friend. "Let's just get to work," she said, shaking her head and swiftly picking up the basket. They work as fruit pickers on a huge village farm in Hokkaido. An OFW moved abroad to provide for the needs and future of their family.

"Hey, Maria, you're such a jerk! I'm still talking with you." She pout.

When she met the woman, she was in Japan. Despite the fact that she was always silent, Judith was the first to notice her.

"All right, let's chat about your crush tonight, but not now now because we have stuff to do."

"But, Maria, what I said is true: we have a very gorgeous roommate; I saw him a while ago, and I'm not crushed anymore. Shiver, shiver, shiver!"Judith couldn't stop smiling, and practically every one of their coworkers was staring at her. She's daydreaming once more.

Her friend's exuberance had just startled her. So maybe they became friends to remind Judith of how snobbish she is.

She drew her companion away when she started blabbering and dreaming again. They have a two-year contract in this position, with an option to extend for another year to go back to the Philippines.

"Will you please quit talking!" she asked, handing her a basket.

They began plucking strawberries. Their farm's fruits were healthy and attractive, and she was happy doing it. She completed the Hotel and Restaurant Management degree, but one of life's harsh realities is that not everything an OFW like her wishes is granted.

She has degree-holding peers in this foreign country. But opted to work abroad despite having degrees in engineering, education, and nursing. Apart from the large salary, people like her, treasure every vigil and exhaustion when they see the the well-being of the families who have been left behind The only issue is that they are separated from their family.

"You're a total deadbeat, Maria. When will you be gracious to us so that you can find a boyfriend here? You're 29 years old and about to say farewell to the calendar!"

"Again, how old are you?" She inquired of Judith.

“25! You mean you don't remember my age? You broke my heart." She even got to dramatize, and Judith's basket was now full of strawberries, just like her.

Someone was keeping an eye on them, but it was only a short distance away, so she felt free to talk to Judith. Mr. Yamoto is not strict with his employees, but he does not tolerate laziness.

"Judith, I haven't forgotten your age. My point is, you're still 25 years old, and you can't even count the man you cried for after he cheated on you. Judith, it's better not to be a hindrance in your life. There are no headaches. That comes naturally to you guys. Love is not compelled. That is something you will always remember."

She frowned at what she said and took her time responding. Her friend found her to be friendly and easy to talk to. But there are times when she is obstinate and fights with her over trivial matters.

"At the very least, Maria, I know how to love. Even though I'm always duped, all the love I have for them is genuine, and if there is any loss, it's theirs. They ruined someone who truly loves, such as myself. How about you, eh?"

She no longer answer her. They'll just fight, and she doesn't have time for that. She's in Japan to work, not to squabble with that worthless love. If only Judith knew why she didn't want to be in such a situation... if only she knew. The strong wind blew her away, and she kept picking up.

"OUCH!" She retorted angrily. Someone hit her on the shoulder. That hurts!

Her brows furrowed as her eyes fell on her peasant boots. She remained silent

She kept pacing, knowing they were merely farm labourers. She had no intention of conversing with the farmers with them because men give her headaches.

She frowned as she rolled over, and the speaker has an American accent.

When she discovered he was holding her phone, her brow wrinkled. Instead of thanking him, she took her cellphone and walked away without saying anything. She hurriedly put it in her pocket and walked away.

"They are rightt. You are quite snobbish" she overheard him say but she simply shrugged it off. She placed the items she had obtained exactly next to the ttruck that is parked She is accustomed to lifting hefty objects.

“Damn. I've got some juicy gossip to tell you! You'll be ecstatic when you hear what I have to say! ”

"That man died the last time I shivered.".

She quickly signed the cross. "Oh my goodness! The aridity of your romantic life. Do you have any tremors in your body left? ”

She gave it a lazy glance and nodded. It snorted and pursued her. Having a protruding snout. It also explains why she has no flirty cells in her body. When it comes to love dialogues, the body comes into play.

Love? She had no interest of that stupid love. To live and gain money is much more the best thing for her.

WHEN they met their quota that day, she smiled. She'll be capable of resting She was too preoccupied with her work. Workers that are sluggish are not permitted in Japan. The Japanese are living in a golden time.

When she realized that everything was well, she dashed to their staff house. She wants to sleep for a while before calling her relativesin the Philippine. Working 10 hours a day is exhausting, but the pay is well worth it making it possible for people like her to advance in life.

She quickly went to bed after taking a half-bath. Only a heavy nightgown was worn. For dinner, she will just have bread and jam. She was about to close her eyes when she heard her roommates' laughter, giggling and squealing. She was so disgusted that she put a pillow on her face to keep hear their trembling giggles like teens.

"Didn't I warn you?" Judith laughs.

Despite the fact that the pillow was placed against her ear but she could still hear the words of her coworkers.

"Does he look Filipino? He appears to be a foreigner. ”

"He appears to be my future husband!" exclaimed her companion retorted in a playful manner

"He appears to be the Father of my children as well. Yiiehhh! ”

They both squealed at the same time. Her brow furrowed immediately and lined up. She stood up right away and stared at them They were now on the balcony, clearly looking towards the staff house in front of them. There are two-story staff houses with a high wall between males and females. It's only fair that their male coworkers can't Infiltrate the workplace to speak with female employees.

"You are aware that your actions will ruin you?"

They were taken aback by what she said, but only Judith responded promptly.

She was approached. While her coworkers simply raised an eyebrow at her and disregarded what she said. They keep fawning like elementary school students who can't get over their crush.

“Maria! 'My handsome crush, they live right in front of me, Maria! I suppose this is what they mean when they say the cosmos is paving the road for him to come closer to me.".

Her expression remained unchanged. Her brow was still drawn up. "Would you prefer to be like our previous colleague?"

What she said immediately took her by surprise and got saddened. They had a former employee who was fired because she was observed flirting with another employee. Their superior caught them twice and expelled them both times.

According to the company's standards, it is totally banned for a woman and a man to work together have an affair or a relationship. Work should be prioritized first.

"I'll tell you what, you're a true kill delight. It's only Crush. I will not give him my yes' when he flirts with me," she giggled once again..

She simply turned her back on her and gave her a sour look. She did not fail to teach her, and if she can be sent home to have crushes on their coworkers, that is Judith's responsibility.

She returned to lying down and covered her face with pillow once more She fell asleep in some way, and when she awoke, the surroundings were hushed She was astonished to discover that she was the only one in their room.

Her brow furrowed as she approached the balcony and saw that they were downstairs. Perhaps they don't want her to be disturbed as she sleeps. According to Judith, her behavior is badass and she never opposed that thing.

She headed back inside, when Fidel yelled her name. She was standing in front of the staff home. Fidel works as a fruit picker. He gave her a short wave. But her attention is not unto him.

She observed a new colleague who appeared to be a foreigner. She reasoned this is probably what her teammates and Judith are gushing about. And if she's not mistaken, this is the man who ran into her earlier.

"Have you eaten yet, Marie?" Fidel inquired.

She just stood there staring at it. Not to Fidel, but to a man named Judith. wanted. It was standing behind Fidel, staring at her. She scan her from head to toe and how many buckets of tears Judith would cry.

"Marie, you are just stunning! You resemble my sister. Maybe we're related?" It was accompanied by laughing.

But she still didn't say anything. She fixed her gaze on the foreigner. She glanced at him for a few seconds before turning away. She quickly turned back and shut the door.

She shrugged in response to Fidel's yell.. She went straight to the food bag and made a bread with jam.

She picked up the phone and opened the messenger app on her phone. She intends to contact her family from the Philippines.