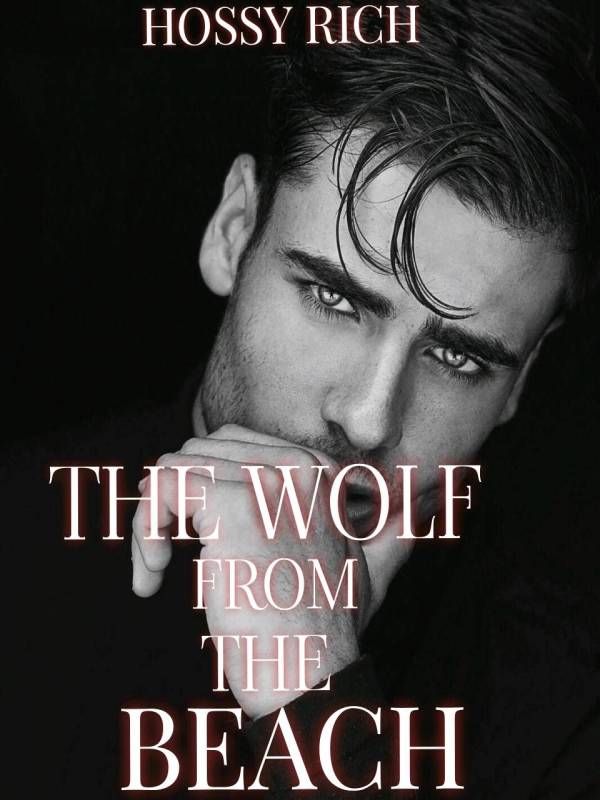 The wolf from the beach

Avril Henderson got kidnapped and raped the same day. She was taken aboard a boat, sailing off to sell girls as sex slaves. Unfortunately, she fell off the ship during a fight and miraculously ends up on a deserted island. There she meets a being that didn't even exist in her wildest imagination. He was a Wolf Prince who lost all his memories and was sent on exile to that island. He had a curse and she unknowingly helps to break a part of it by just loving him and he loving her back. But the curse on this handsome prince was still much, because the demon that possessed him wouldn't back down. Avril and Prince Dakar got separated and when they meet again, he is a different person. The direct opposite of the one she fell in love with. But the curse is still there, it's eating him up and only one person in the whole world can break it completely, which is her. Would Avril do that for her island love even though he is now different from who she actually loved? What about Prince Dakar, the Wolf she met on the beach? What happened to him and would he continue to shut Avril out, knowing fully well who and what she is to him?

Avril noticed as she was walking that two hefty men were following her every move. At first she thought they were going to woo her. But after minutes of just following her trail, she knew something was wrong.

“Do they want to kidnap me?” she thought as her heart began to beat fast.

“Of course not” she muttered with a sad chuckle

“No one would want to kidnap someone they won't get ransom out of” she said to herself.

She was wearing a floral print dress with sun flowers on it. That was her prettiest dress and she wore it when ever she felt down. This particular day, she felt even more down and depressed than ever. She had ran out of food and the neighbors had insulted her when she went to beg.

“It's not like it's my fault my parents died while owing everybody” she had said to herself earlier while crying.

In order to clear her head, she decided to take a long walk around the village farms. She lived in an island village in The Philippines, where their major occupation was fishing and rice farming. The rice was not ready for harvest yet if not she'd have at least, little to eat then. She would work on the farms and get paid then take little of the rice home. But the harvest was still months away.

Also, none of the fishermen agreed for a woman to be on their boat and still wouldn't give even one fish for free to her. Maybe they really did hate her as she thought.

Avril sniffed and wiped her stubborn tears that were trying to blur her vision. She looked behind her and saw that the two men had disappeared

“Thank God” she said and continued to walk. She palmed her forehead and lowered her head when she hit something hard. She immediately dropped her hand and lifted her head. Only to see one of the hefty men in front of her.

“Oh. Sorry” she said and tried taking the other bush path

He grabbed her hand and she gasped. She jerked her hand off abruptly and turned around in an attempt to run but was immediately carried up by the second hefty man who was right behind her. He covered her mouth and they ran into one of the rice plantations. They kept running until they got to a secluded farm area. The sun had set so the farmers had all gone home. They lowered her to the ground with her mouth still covered firmly. She was struggling and kicking her legs aggressively but they easily pinned her down that she couldn't move anymore.

There, in the darkening sky and chilly atmosphere, they raped her one after the other until she blacked out. They didn't feel any remorse or pity for her because that was their lifestyle.

After they had gotten their satisfaction, they carried her to their ship and sailed away before sunrise.

The floor was so cold that it made Avril's body numb. She had been lying there for hours, unconscious. And when she finally woke up, her teeth couldn't help but chatter. She looked around her and saw she was in a kind of cell. There were iron bars right in front and the floor was metallic. She knew immediately what had happened to her.

She had been kidnapped and these people were not after a ransom. She remembered vividly that they had raped her and she tried hard not to think about it. However, no matter how hard she tried not to, she found her mind being flooded with bitter memories. Not just that of the recent rape but also of Ed's.

Ed had lured her to his room all in the name of giving her some chores to do of which he was to pay. But instead he raped her mercilessly and took her innocence. That was five years before this second rape. Her parents were still alive then.

“I advise you not to cry. Just save your energy for later” a female voice said to her. She looked up and saw three other ladies in the cell with her. Two of them were black and looked purely African with their hairstyles. The other looked Chinese. The three of them had one thing in common. They looked tired and drained out

“What?” she asked and wiped the tears that had slid down her face

“You don't have to cry. It's just a waste of energy” the black girl in front said. She was the one who had spoken up earlier

“What's coming?” Avril asked with panic in her voice

The girls sighed and looked away. Non spoke to her again. She wanted to ask more questions but decided not to.

The girls stayed in that cold, dark cell for hours with no one saying a word. The only thing heard was the noise of the men from up the ship. It was obvious to Avril they were in the deck.

“I'm Nana. From Ghana” one of the black girls spoke up. They couldn't see each other but Avril guessed it was the second black girl who spoke to her.

“You must be Filipino. We overhead the men saying that we were in The Philippines”

“Yes” Avril said with a cracking voice. Her throat was dry and she needed water

“Your parents must be so worried”

“All of our parents would be so worried to death right now. But we have to be strong for them. We can pull out of this” the first black girl said

“I don't have anyone to be worried for me. I have no parents” Avril said and bowed her head

For a few seconds the girls were quiet.

“Then you have to be strong for yourself. You can pull through this” the first black girl said again.

“By the way I'm Chidi. I'm half Nigerian and half Kenyan”

“It's nice to meet you Chidi”

“By the way, how did they get you?” Nana asked

“I was walking through a lonely bush path. They ambushed me and... and...” the words stuck in her throat

“They raped you, didn't they?” Chidi asked. Avril didn't answer but they already knew her answer.

“We're so sorry about that. Don't let it get to you” Nana said

“We all were and are still being sexually harassed” she added

“What is this place? Where are we?” Avril asked

“They are human traffickers. They sell children and women. The women... are mostly for sexual satisfaction. We were much before, but they all got sold out” Chidi explained

“We're all waiting for what fate brings our way. We can only hope that we'll leave all these alive” Nana opined

“One advice for you? Don't fight them. Go along with them and don't resist. They kill those that prove stubborn. The Chinese girl just lost her friend” Nana said again

“What? They killed her?” Avril asked, still finding it hard to believe

“Don't be scared. It's going to be fine” Chidi assured. As if she wasn't scared at all

“You haven't told us your name” she asked

“Avril. My name is Avril” she said and hugged her legs, the reality of what she was in for, dawning on her.