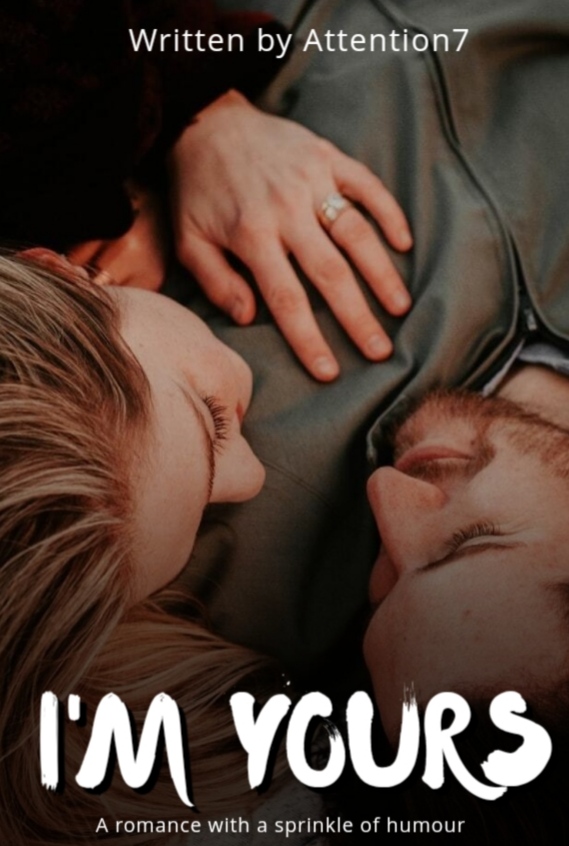 Love begins from nowhere A romance with a sprinkle of humour Being with the one you love under the same roof Find yourself giggling and having mixed emotions by joining the journey of life with Anna who has an adorable love story and a past which she cannot get over it. How love can cure and give happiness to a person who has gone through hard times.

I am ecstatic today, because it's my sister's wedding.

"You are the whole world to me", I said by looking into her light brown eyes.

"You look gorgeous with the wedding gown."

Amy smiled at me and replied saying "We have a family now. It's no more You and Me."

Amy and Jon were in love with each other for three years but now it's going to be the LOVE after marriage which is the cutest scene in this world. My sister and I lived alone for five years, because our parents were killed in an accident. But this is not the truth, this is what Amy knows but they were really murdered. My uncle James took great care of us but unfortunately he died and we were left with our aunty whom we hate .My aunty hated us nor my mother, because she had a crush towards my dad. Therefore, she never spoke to us or to mum (I don't understand why),she sent us to the hostel. But now we are no longer alone,it's a pleasure for myself and my sister being a part of this FAMILY. I know everyone in this family except for one person WHO IS JON'S BROTHER. In my impression I think that he is an irresponsible stupid fellow who is not present in his brother's wedding. Today is going to be the fresh start of my life because I've got a new family, home and room .The following day of the wedding, my sister had time to speak with me. I sat in front of her on her bed where she could face me directly.

"Tell me about your husband and his family," I asked with a wide smile where my upper teeth and the lower teeth could be seen clearly. I already know about Jon because Amy explained to me about him with clear reference. I thought for a while and questioned her again,

"Nope!You tell me about his family"

Amy stared at me for a moment and replied "okay "with a wide smile which is smaller than mine.

She continued to spit out about Jon .I blinked and responded to her in a funny way which she didn't realise but my attraction was grabbed when she said that Jon has TWO BROTHERS.

'Two brothers! But I thought it was one", I said to myself.

Amy stared at me after she was alarmed about her husband's brother.

"What", I asked by wrinkling my forehead.

"Look Anna you should not be fighting them. Alright!"She replied by pointing at me.

'Okay', I replied drowsily. She continued to stare at me for the way I answered. She knows that this tone is not to be trusted.

"What are their names?", I asked to change her mood.

She replied "JACKIE" the youngest brother and" Bray" the second. I didn't see him at the wedding, so I questioned myself.

Where are they? I questioned immediately because I was curious to know.

They are so irresponsible because they were not present at their brother's wedding. That's way too rude.

"Be careful Anna", she began to lecture, which she always gave to my ears.

The day went well today. This family is kind as I expected, especially when grandpa is close to me. He is so loving towards me which made me love him. Moreover he seems to be like my uncle who was fond of me.

The moon showed up quickly. I sat on the bed and stared at the clock, it was half past ten but I didn't feel sleepy. I felt uneasy sleeping alone ,it is because I'm used to sleeping with Amy .Perhaps it would be fine later I guess. I rested on the pillow and closed my eyes with relaxation.

"Anna wake up", Amy shouted in the morning as usual.

"Anna", she shouted once again by tapping me.

To be honest I heard her but I pretended like I didn't. She continued to tap me which vexed me .I slowly opened my eyes and looked at her glaring at me.

"NO", she replied with a rough voice by pulling me up.

I sat on the bed and looked at the clock immediately,

"Half past six", I shouted with astonishment "OH blimey it's midnight" I said to myself.

I turned towards the left to face Amy trying to convince her but her face showed that she was rigid .I looked at her with a moaning sleepy face which would melt her heart but this time it didn't. She convinced me to step into the washroom in front of her .I sat at the edge of the bed and slowly placed my foot on the floor unwillingly .I got onto my foot and moved as a snail. She handed over the towel to me before I stepped into the washroom and turned around because Amy called me.

"What", I asked drowsily.

"Do not be under the water for a long time because it's bad for your health . Alright"

I've been under surgery for the past two years, because I was beaten by an iron rod at the back of my head. It's him who killed my parents. But Amy doesn't know this because we told her it was a car crash .

I walked into the washroom and locked the door and stood under the shower with my pyjamas .Amy knocked at the washroom door and ordered me to come downstairs after I'm done.

"Why is everyone waiting downstairs, Is anything special", I questioned myself curiously.

Then I dug my brain up which reminded me that Jon's youngest brother is arriving today .I looked down at the floor and scratched my hair with a yawn.

"What", I asked myself by curling my thick eyebrows" I have not opened the shower yet.'

I exited the washroom with my clothes changed ,I stared at the clock and opened my eyes wider it was eight O'CLOCK .So long I was in the washroom .I'm pretty sure that Amy is going to yell at me.I got downstairs and saw no one in the sitting room "Am I late", I said to myself .I went to the kitchen, grabbed my mug from the pantry and poured the tea to my mug. Directly I walked to the sitting room to watch television.