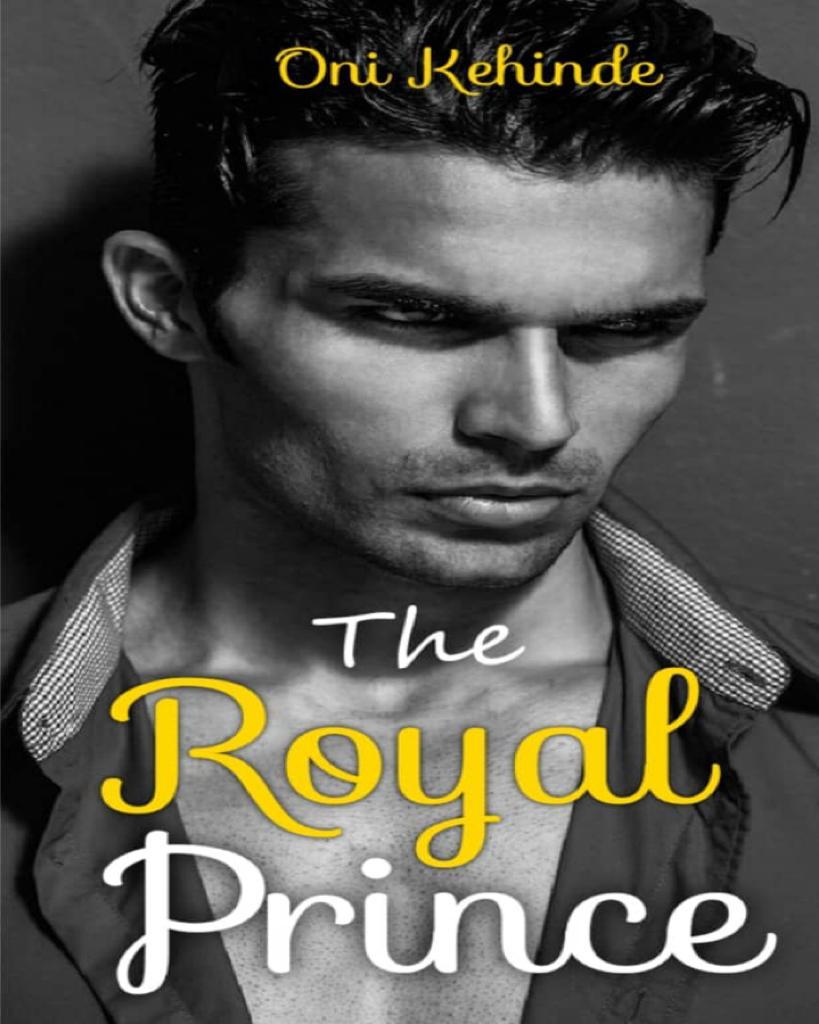 Noah Doyle, the dashing billionaire and future heir to the throne in the small town of Midon is forced to get a bride because of his sick father but he had other expectations. He wanted a lady who wanted more than the crown and the fame but what happens when he's intrigued by the simple, sharp-tongued Ashley Boark who turns down his witty and corky advances and a tale of lust and feelings co-exists between them?

All women wanted me whether they admitted it or not. Their heavy makeup, different colors of masks, thick perfumes, expensive dresses with plunging necklines that showed half of their tits…all these to gain my attention, the Royal Prince’s attention.

But I wanted someone different.

“You need to make a decision now, my son.” My mother remarked as we walked through the dancing crowd, “I almost didn’t recognize you through that mask.”

I chuckled softly, “Mom, what’s the rush? It’s not like I’m going to be king anytime soon.”

My mother slapped my shoulder and I winced at the pain before shooting a glare at her.

“What do you mean by what’s the rush? Noah, you are thirty. Thirty years old!” my mother reminded.

I rolled my eyes, “Why do you keep reminding me?”

“Maybe it would give you the will to grab a wife tonight.” She laughed and looked at my father who was seated on the throne, while he oversaw the ball. His sickness showed on his face no matter how hard he tried to hide it. His hollow cheeks and pale eyes gave it away.

He would be very lucky if he lived till the next year. I could not believe that my mother forced me home… just to look for a wife.

Then the crown would be passed to me and then I would be King of Midon. It was something I never wanted to be but I was being pressured. It started with taking some of my father’s duties since he was ill then making public appearances and the latest was searching for a wife. The law stated that I needed a wife to ascend the throne. If my father died and I was still single, my uncle, Eli will ascend the throne. My uncle was foolish and reckless, there was no way I would let that happen. The front pages were always filled with his affairs and his numerous pleas for forgiveness from the people.

I didn’t want to go on with the quest of searching for a wife nor did I want to continue smiling like a fool in public appearances. The social gatherings were merely a ploy for women to leech on me. It wasn’t difficult getting women but I would always leave after getting my fun. I never stayed until the morning.

The thought of being married forever made my cock throb with happiness. But why did it have to be with one person? Couldn’t it be four or five? One couldn’t satisfy me and to top it all, the kingdom loathed having mistresses, meaning I was going to be bound to only one woman. Forever.

“Make sure you mingle and speak to a lot of women tonight, If not, I’ll pick out a wife for you and you won’t like my choice.” My mother warned and I groaned helplessly.

Looking around at the beautiful and seductive faces staring at me, I couldn’t believe that I had to choose only one. It didn’t seem fair to me.

My mother whispered into my ear, “Start dancing before the night runs out. Remember that you have to….”

“I got it, mum,” I spoke hastily, pressing a kiss to her forehead before running away from her.

She was a pest that couldn’t be blamed.

I looked around and wondered. What if the wife I picked turned out to be a bitch with a smiling face or worse, What if she didn’t know how to fuck? Every area of the ballroom was filled with people and I needed a drink and a naked woman in my bed that didn’t give a damn about marriage.

Money, Fame, and the crown.

My feet began to head towards the door and if I timed myself correctly, my parents would think that I was speaking to my future bride in a corner.

I was almost at the door when I bumped into someone. The bump excited my cock since the soft mounds of someone bounced against my chest. My eyes went from the floor and over the curve of her breasts threatening to fall out of her dress and my eyes traveled further to her stunning eyes. Her blonde hair was swept carefully over her left ear.

“I’m sorry. I wasn’t looking…..” I apologized even though she was at fault.

“I don’t care.” She replied nonchalantly, hitching up her long dress and moving out of my way.

It had been a long time since anyone had been so rude to me. But I was clearly intrigued by her. The only woman in the ballroom who wasn’t ogling her entire eyes at me.

I turned and my gaze stuck on her, I hurried after her, wondering how she could move so quickly. She looked small.

Her eyes were covered by a black mask. My legs were longer than hers so I caught up to her fast enough.

“I didn’t introduce myself earlier, I’m Noah Smith. You can call me Noah if you like.” I smiled and noticed she was typing furiously on her phone.

She looked at my outstretched hand and replied, “Ashley. I know you already, you are always on the news, every day.”

“And does that piss you off?” I joked.

“Yes…a lot,” she replied with a serious look. I actually thought my lame joke would lighten her up but she was bent on ignoring me.

I didn’t know what to say, it had been a very long time since someone spoke to me that way. I turned and noticed my parent’s sharp gaze on me. They were urging me to continue speaking. I rolled my eyes and turned to the woman in front of me.

“Would you love to dance?” I asked nervously.

“If I said no, would you lock me up in the dungeon and feed me to your dragons?” She spoke.

I chuckled before answering, “Yes I would, in fact, I might behead you.”

“I guess I have no choice then.” She took my hand and allowed me to take her to the dance floor.

I waited for the beat to start before drawing Ashley close to me. I could see the sharp glint in her blue eyes. It looked like she was annoyed or sad. I couldn’t pinpoint it properly.

“I am guessing you don’t want to be here,” I told Ashley as I grabbed her waist.

“None of your business.” She firmly replied.

“Well, I didn’t have a choice. Every single woman was summoned here, to the ball.” She replied.

“Then you shouldn’t have come,” I said.

“Really?” she propped up a brow.

“Yeah, not all of us want to be here,” I spoke sincerely.

“Are you kidding me? Every woman here wants to be in your arms, fuck you, marry you and bear your babies.” She said.

“Including you?” I winked at her.

“No, excluding me.” She laughed and I laughed as well.

“I want to have a real relationship with someone,” I admitted.

“So you are looking for a lover?” she asked.

“I am looking for someone who wants more than the title of the Queen and my money,” I replied to her.

She was quiet after my confession. Maybe I rendered her speechless. We continued dancing for a while without speaking and then abruptly, the music stopped.

Everyone in the hall then applauded and I turned to look at my parents. My mother was winking at me while my father was coughing. I turned to ask Ashley for another dance but she was nowhere to be found.

I stood in the middle of the entire ball with my Cinderella…gone.