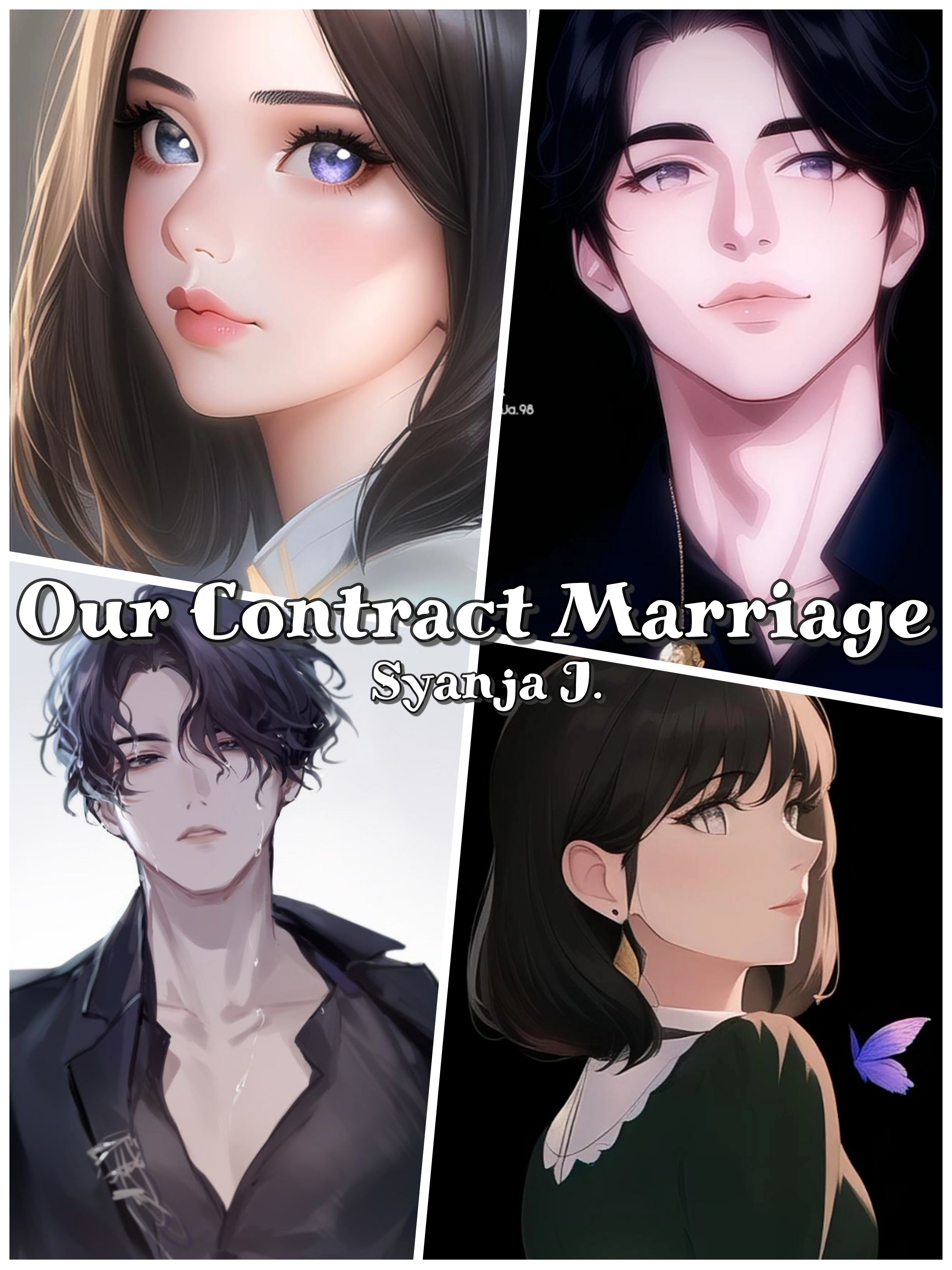 After the death of Leon Soo-Yun's father, her mother Leon Min-Soo couldn't handle the Leon Cooperation Alone. She wanted her daughter to join the company as a CEO, but Soo-Yun never agreed with her. She always missed her father. Soo-Yun believes that her father's death wasn't a normal death it's was murder. She wants to find the real reason behind her father's murder. Of course, she was a lawyer so this is an opportunity for her. After that her mother decided to hand over the company to a very responsible person, she talked to her best friend Mrs. Jang who was also the mother of a very famous CEO at young age Jang Jun-Sang. They decided to arrange the marriage of their beloved children Jun-Sang and Soo-Yun. Soo-Yun and Jun-Sang agreed to the marriage but there was an issue, Jang Jun-Sang was in love with someone else, and Soo-Yun was aware of it, but she didn't expect that she was going to pay for it. Jun-Sang will make her regret marrying him.

Leon Soo-Yun was a 23-year-old female. Her personality was unlike any other. She was a sweet, gentle, and sensitive young lady who valued herself and her self-esteem above all else. Her parents never cursed her. She was a sweet and shy person.

Jang Jun-Sang was a CEO twenty-five years old. He had a cold demeanour. Jang had no faith in love. Jun-Sang believed that he could buy love with money. He valued his work above all else. Jun-Sang is obsessed with perfection. He disliked people who were clumsy.

Soo-Yun and Jun-Sang sat across from each other, discussing their unexpected wedding, which their mothers had requested. Jun-Sang shifted his gaze to Soo-Yun, who was constantly looking down at her hands, heaved a deep breath, and leaned in close.

He looked at Soo-Yun and waited for her to say something, but she was lost in her thoughts.

She was frantically running around the hospital. Her mother was sobbing uncontrollably when her name was called. She turned around to see her family doctor standing in front of her.

"Doc Jeff, Where is my father? Mr. Leon, C—could you please tell me where he is?." With a disappointed expression, Jeff looked down at the floor. "I apologise. But, Soo-Yun, your father—-" She was aware of what he was about to tell her. She patted his shoulder and stared at him without emotion. "Can you guide me in the right direction?"

Dr. Jeff showed Soo-Yun her father's dead body. They wrapped a white sheet over him. She approached him and uncovered his face. She burst into tears and cried her heart out after seeing him. She began hitting his chest.

"Why, Father? Whyyyyy? Why are you doing this to us? You said you'd never abandon me, so get up. Get up now, it's no longer funny, I said. Get up. I know you're joking, but it's not funny. Please get up. It hurts, Daddy."

She collapsed on the floor, and Dr. Jeff rushed her to the emergency room, leaving her mother and brother concerned.

She woke up after a while and found her mother sitting on the bed. Mrs. Leon was so concerned about her daughter's health that she couldn't bear seeing her in such pain. With teary eyes, she cast a sad glance at her mother. She hugged her for a few seconds before breaking down in tears.

"Mom? What happened to my father?" Soo-Yun sobbed in her arms. "He's gone, Soo-Yun; accept it." Soo-Yun yanked away from the hug, stunned, and looked at her mother. "Didn't someone kill him, Mom?" Her mother looked at her and gave her the most pitiful smile. "Shhh." "Go to sleep now; I'll be right back."

Mrs. Leon exited the room, leaving her alone. She couldn't bear the thought of her daughter on such a big stage. Mrs. Leon took a seat on the bench. Mrs. Jang approached her and patted her on the back.

"She'll be just fine. You must first calm yourself." She nodded and took Mrs. Jang's hand in hers.

Soo-Yun and her mother were arguing about their business. She couldn't handle it on her own. Mrs. Leon wants her to take over the company after her father's death.

"Soo-Yun, you should work for us. We're losing a lot of projects. It isn't good. Your father worked very hard for it. I require your assistance. I'm old. It's too much for me. Your younger brother is too young to deal with it."

Her mother encouraged her to work for the company. Soo-Yun refused to participate. She has a lot of cases to solve. "Mom, you know I'm a lawyer. I can't because I have so many cases to solve."

Soo-Yun took her jacket and exited the house. She needs to get some fresh air. Mrs. Jang forced Mrs. Leon to sit on the couch by holding her hand. "Calm down, Mrs. Leon; let her do whatever she wants."

They both carried on with their conversation. After a while, they both realised that their children were still young, and why not? They are both married. They both said it at the same time. "What about their nuptials?" They both laughed and hugged each other.

Mrs. Leon tried to convince her daughter to marry Mrs. Jang's son after dinner. She has been his best friend since elementary school. They are both very familiar with one another. Soo-Yun was not ready to marry at such a young age, and she also desired to concentrate on her career. She inserted her fingers into her ears.

"Mom, please stop forcing me." Mrs. Leon let out a deep sigh and lied to her. "Your father has always wished for you to marry him."

She looked at her mother and nodded in agreement after hearing her father's name. She adored her father, and when her mother informed her that it was her father's wish, she immediately agreed. But her mother lied to her because of Soo-Yun and her younger son's future. She must save her business.

Meanwhile, Mrs. Jang was attempting to persuade her son, a very arrogant individual. "I can't. You are already aware that I am in a relationship. So don't make me."

He was cursing his parents and throwing objects on the floor. His mother looked at him, stunned. "She is a gold digger, and you must comply with my decision. I'm your mom. I know what is best for you."

Jun-Sang leaned in close and looked her in the eyes. "You can't make me do it, Mom. I'm no longer a child."

Mr. Jang was staring at them without saying anything, but this conversation was becoming toxic. "Jang, keep your cool. Your mother is correct. Follow her orders."

When Mr. Jang said that to his son, his gaze shifted to his father and he gave him a sharp look. "What if I don't listen to her?"

Mr. Jang stood up and approached them. He locked his gaze on his son's. "Then you're no longer a member of our family."

Jung-Sang stared at him, took his car keys, and rushed out. "What are your thoughts? Will he return?" Mr. Jang placed his hand on the shoulder of his wife. "Don't worry, he has to return."

Jun-Sang rang the doorbell at his girlfriend's house. He hugged her tightly as she opened the door. She broke the hug by patting his back. "I left them because they wanted me to marry mom's best friend's daughter." She was stunned and shoved him. He cast a soft glance at her. She gave him a furious look.

"What? Are you insane? Did you leave your entire fortune? And you can count on me to live with you. I'm sorry, Mr.; please leave and never return. Bye.."

He was shocked and heartbroken at the same time; he went to his car; he had no emotions; and even though he didn't cry, he questioned himself. Was I not good enough for her; she ended our relationship because I left all the money; mom was correct; she is a gold digger; I must agree with mom's decision.

Because Soo-Yun was deep in thought, Jun-Sang clapped his hands. He stroked her cheek. "Are you paying attention? I don't have time to waste here; just say yes or no."

Soo-Yun returned to reality with a weak smile. "All right, I'll sign."

He then stood up and walked to his car. Soo-Yun remained seated. She gave him a sidelong glance.

I remember he was a nice person, but now he is extremely rude. We went to the same high school and college. We used to be close, but he changed after meeting Joon Haneul.

Someone hugged Soo-Yun from behind as she walked to her class. She is aware of the individual. Jun-Sang, her best friend, has called.

"What are you doing, Jang? We're at school. What if someone sees us this way?" Jun-Sang releases her from the hug and strokes her cheeks.

"I don't mind. I'm hugging my best friend, and everyone knows how close we are." She took his hands in hers and looked him in the eyes.

"But we're still in school. Now come on, leave me already." She made a pouty face after saying that. "All right, but you're so boring."

He averted his gaze because he didn't want to see her pouty expression. "Oh, you know a new student is going to join us today?"

Jang looked at her, leaning in close and forcing her to take a step back. "Leave it, and tell me." "How are you doing?"

Soo-Yun was such an idiot. She didn't understand his actions, which always irritated him. "Are you serious? You met me yesterday and now you're asking how I'm doing."

Jun-Sang poked his tongue into his cheek. "Why can't you answer me properly, Soo-Yun? Why do you always make me angry for no reason?" She averted her gaze and pouted. "You have a terrible temper." He shoved her away.

"I'm going to class, so please excuse me. Bye."

She whimpered. "Wait here for me..." They proceeded to their class.

"Oh my goodness, Soo- Yun had forgotten about it. Don't worry about it; you have other things to do. Let's meet up with him and tell him it's all over."