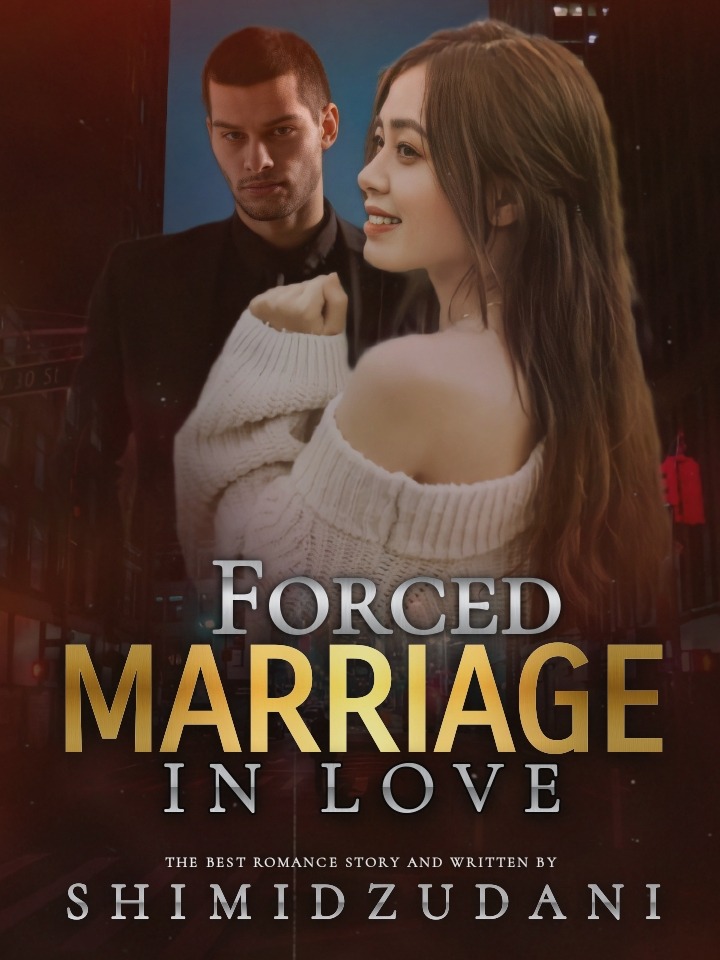 Their marriage was happened based on an arranged marriage between two families. However, it did not mean there was no love between them because the feeling had been there for long before the marriage held. Helena knew very well that both Aaron's and her grandfather had arranged a marriage for them. She did not realize that Aaron flatly rejected the idea and seemed to hate whoever the girl he would marry. Love did exist between the two, without Aaron knowing who Helena was. And by the time they finally found out the truth, it turned out that love could not beat their respective egos that felt betrayed by each other. However, they must hold the marriage because this was their grandfathers' promise to bond their friendship stronger. The two families held a grand and luxurious party to celebrate the happy day. It was also a symbol of a new relationship between the Houston and the Brown families. The entire family looked bright and cheerful. They continued to smile at the parties, who mainly were colleagues and well-known people in the city. It was a celebratory party between fellow elites. What was the following story of Helena and Aaron? Were they happy in their marriage?

A slight hum slowly drifted from Helena's lips, forming a beautiful rhythm that kept repeating continuously. Sometimes, her body was swayed left and right, following the rhythm she sang. She wasn't sure what song it was. She felt happy, so the tone played in her mind automatically.

Helena was preparing a latte ordered by one of her customers. The condition of the cafe, which was quite crowded, made her helping them. She had indeed learned about coffee, along with various ways of serving the bitter drink. So, she could be a backup barista when needed.

The cafe titled Helena's Café was hers. Indeed, she didn't fully take care of it. There was a reliable assistant whom she gave complete trust to handle the life and death of her cafe, including managing the welfare of her employees. And she would only receive the detailed report every month.

Even so, Helena quite often visited there. Well, she just spent time there and got relaxed while observing her cafe. If it was busy, she didn't hesitate to help her employees, as she was doing.

"Are you waiting for Aaron, Ma'am?" asked Leah after making a glass of ice americano ordered by the customer.

Helena smiled shyly. It wasn't a secret that she and Aaron usually met there. Yes, Aaron was her boyfriend. Not too long ago, there was a change in their relationship after more than three years of being friends. It was, as people say, a friend becoming a lover.

Another reason the cafe was chosen as their favorite place because it was located in the same direction as his way back home from his office. She could rent a place at the mall that was owned and managed by Aaron. However, she didn't want to be too evident in showing her feelings toward him. She was afraid that it might ruin her effort so far. You could say she used their friendship to approach Aaron. And she had to be patient, waiting for her feelings to be reciprocated.

"Yes," replied Helena. All of her employees knew about her love affair with Aaron. They even encouraged her to express her feelings. She didn't. Of course. Too embarrassed for her to admit it, say that she loves him in front of Aaron directly, and to ask him to be her boyfriend. So, she just waited until the confession came from Aaron himself.

"What time will he come here?" Amy, Helena's other employee, asked.

"In a moment, I guess. He was already on the way."

"That's him," said Leah to coincide with the tinkling sound of the bell. A small bell was placed at the entrance door to ring every time someone came in and out.

Helena followed her gaze. Yeah, Aaron was right there, wearing his disheveled suit. He gave a weak smile when his eyes met Helena's. And she could see the tiredness on his handsome face.

Aaron might not be the most handsome man Helena had ever seen. Oh, there were many good-looking male actors scattered around the world that not only she was mesmerized by their charms but other women who felt the same way, for example, Chris Evans. Those who had seen him and, of course, watched his skill in various movies would agree that he was handsome. And yeah, Helena was his fans.

Okay. Back to Aaron. Although he wasn't so gorgeous compare to them, Aaron's facial features were still attractive. After all, handsome was only a perspective. For Helena, Aaron was in the category with his perfect body. And he was even more charming when he looked dapper while wearing his office suit. She couldn't imagine how cool he was when he was working.

Helena walked over toward Aaron, who was sitting in a remote corner. Almost all the seats near the window were occupied. Usually, they would sit there while enjoying the view outside—streets and their activities.

"Do you want to order something?" Helena asked after arriving in front of Aaron and sat on the empty chair there.

Silence. There was no response from the man who was a year older than her. Aaron looked at her with hesitation in his eyes.

Helena realized it. Aaron wasn't a person who was good at hiding his feelings, especially in front of her. His eyes were much more honest than his body language. "What's wrong?" Curiosity began to enter Helena's heart.

"I have to get married."

It was a short answer that could give Helena a shock effect. Her heart was beating wildly. But then, she was able to control it. She regained the calmness to control her mind. And to be honest, she also had good news about marriage. Her parents agreed on her to marry Aaron. That was why she was so happy all day.

"There's a girl who's betrothed to me." The way he spoke showed the pain in his chest, so Helena felt it too.

Honestly, Helena didn't know how to react to his statement. Comfort him? Impossible. What kind of consolation would she give to her boyfriend, who had to marry because of an arranged marriage? She was pondering. Should she share the good news too? How was his reaction after heard about it? Would he be angry or glad to listen to the information?

"I'm not interested in getting to know her, indeed falling in love with her. It's impossible!" He continued sarcastically.

Helena smiled sadly. She caught the extreme displeasure in his voice. "If you don't like it, just refuse the arrangement." She said coldly.

Aaron looked at Helena. Again, the worry was there—this time mixed with regret and a sense of helplessness reflected in his brown eyes. "I can't. If I refuse, grandpa won't bequeath the Houston Groups to me."

Helena pressed his lips together. So, it was because of the inheritance of Houston Groups. It wasn't easy to let go of something that since childhood told to be his. She understood it. Very well. However, hearing it directly from his lips hurt her heart.

Suddenly both of Aaron's hands grabbed Helena's. "Helena, you won't leave me, right? I still want you on my side. The marriage is nothing compared to you. I promise I won't let her ruin our relationship!" He said with his fingers tightly gripping Helena's hopefully.

Helena stared blankly at Aaron. Her mind could no longer process all of his words. Her mouth was locked. She didn't know what else to say. Was she shocked? Of course. Her happy mood was instantly broken, replaced by a feeling that she couldn't even describe. Was she disappointed? Sure. The words that came out of Aaron's lips seemed to bombard her with a pile of disappointment at the man who had only been her boyfriend for four months. Helena didn't even know what to do with all the negative feelings that plagued her. The most apparent sense was the pain in her heart at his last words. Aaron seemed to think that she and the woman were simply an object. He wanted to have one but didn't want to lose the other. How ironic.

Unknowingly, one of Helena's hands that hidden under the table clenched. There was a rage she was trying to hold as best she could. And by the determination, she restrained all of her emotions then stared coldly at him. It was so cold that it seemed as if a glimmer of life had left her.