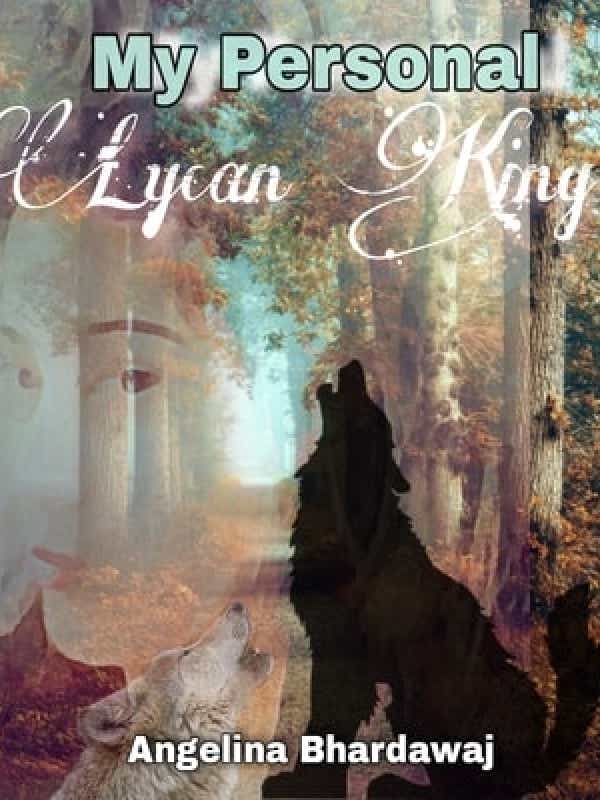 Victoria Gibberson, an 18 years old telepathic girl who can read the mind of others whenever she wants. It was a curse more than a gift. Her parents died in a car accident, one year back and thus, the first thing she did after completing high school was changing her place of residence. Moving in a small town called Pearly Canines with her aunt, she said goodbye to the old memories wanting to start fresh with her college studies. But there was something wrong with this place. The vibe she was getting was one of creep but luring her in at the same time. The thing that was most strange to her was, she felt an undeniable attraction to this guy called Alexander Hunter. He would stare at her deeply as if knowing her deepest secrets. It didn't help her when one night, he came near her and leaned before whispering seductively in her ears, "Hello, mate. Let's fall in love with each other."

Chapter 1 Everything will fall back in its place

"Jasmine! You can't cheat your way out in this game! I am going to complain to your brother and grandmother about it."

"Haha.. go then. Complain all you want. I'll also tell your dad how you asked me to teleport you to Jackson's room so that you two can go goodie-goodie" The girl named Jasmine smirked, making the other girl squint her brows in displeasure.

"Fine, you win!" The other girl said before plopping on the grass with a defeated look.

Eating the Mango that she has snatched from her friend Milly, Jasmine laughed at her friend's defeated face before swirling her hands in the air and making a mango appear in front of her Milly out of nowhere.

Seeing the mango, Milly immediately took the mango, however, as soon as she took a bite from the mango, it turned into a stone, making her teeth hurt as it scratched the inside of our mouth.

Looking at the culprit who was laughing her ass off, Milly glared at her angrily,

"Jasmine! You just wait. I am not going to let you go this time." Milly said before shifting into her wolf form and jumping on Jasmine, who teleported herself to a distance, making Milly growl in annoyance.

"Catch me if you can." Jasmine shrugged before she lifted her body and started floating towards the lake, knowing all too well how much Milly hated getting wet.

Running behind Jasmine, Milly didn't notice that there was a lake ahead and immediately fell into the water, releasing a yelp before an annoying howl, making Jasmine laugh harder.

However, Jasmine's laughter was cut short when she looked at the person standing in front of her.

"Danny, It's not what it looks like," Jasmine said before landing and standing on the ground now.

Milly, who was cursing out aloud because of falling into the river, looked behind her and wanted to laugh when she saw Jasmine's best friend Danny standing there with a cold look on his face.

However, her moment of pleasure was also cut short when she noticed her father strolling towards them.

"Haha…father. What a pleasant surprise, isn't it?" Milly said, nudging Jasmine to find a way out.

Shaking their heads at the girls, both the alpha of the Black River pack and Danny started moving, with the girls following behind them like a naughty kid, knowing that they were going to be punished for trespassing beyond the pack borders again.

"Hey! What are you waiting for? Do something!" Milly whispered in a hushed tone, nudging Jasmine again, making her look at her in annoyance.

"What am I supposed to do?" Jasmine hushed.

"Teleport us, or erase their memories. Anything will do. Aren't you a witch?" Milly whispered as low as possible.

"That's what I am going to be punished for. I used my witch powers again to teleport us here. Just pray that Danny won't tell Grandma, or I am a gone case. Don't you know-"

"You know, with our werewolf hearing, we can hear you girls pretty alright. So you can stop hushing and whispering. It's of no use." Alpha Sam said before rolling his eyes at his naughty daughter and daughter-alike girl.

"It's all your fault!" Jasmine shrugged.

"What!! You just don't blame me. Who was it that wanted to come and watch the lake!" Milly shouted in Jasmine's ears, making her wince in displeasure.

"Okay, enough! You two will really make me old even before I turn 50." Alpha Sam said before shaking his head.

Jasmine, who was talking to Milly for so long, looked at Danny, who was walking quietly without uttering a word and couldn't help but feel a little off about it.

She was used to him berating her and even smacking her, but his silent treatment was making her more confused and hurt.

As soon as they reached the pack mansion, Alpha Sam turned to Danny before nodding and saying,

"I'll take Milly back now. Don't be too hard on Jasmine. They are still young and well, I shouldn't be saying this, but it's good that she is adapting well, even if it means being naughty and breaking some rules." With that, he turned to Jasmine and ruffled her hair, making her smile.

Once both Alpha Sam and Milly left, Jasmine turned to Danny, ready to spill all the apologies that she had prepared the whole path, however, before she could do that Danny hugged her, making her squint her brows.

"If you want to go out and look, I'll take you there. Just don't go like this, okay? You have no idea how scared I was when I couldn't find you or trace you in the whole pack. Luckily, you were with Milly and Sam was able to trace her through the mind link. Don't scare me like this next time. Okay?" Danny said before kissing her temple, making her more guilty than she already was.

"I am sorry, Danny. Milly talked about this lake that was not too far from the pack, and it didn't come in any other Pack's territory, so we knew we wouldn't be trespassing another pack's boundaries, and thus, we decided to explore it. I won't repeat this. I won't go anywhere without telling you." Jasmine said before hugging him back.

After having dinner, Danny helped her to her bed because she still liked being pampered like a kid. Once he made sure that she was asleep, he went downstairs and saw her grandma sitting on the sofa with a quirked brow.

"You are back. Have some dinner." Danny sighed.ṣ

"That, I'll surely do. First, tell me where she went today and was that bad?" Her grandma asked.

"I don't know since I am not a witch. She teleported herself and Milly to a nearby lake. When I found her, she was floating in the air. I had already told you that it was a bad decision when you told her she was a witch." Danny said, arranging the plates for grandma.

"That's not good. And I told her she is a witch so that she doesn't go around panicking and making them worse. You have no idea how protective her witch powers are. They are capable of killing millions in a go if they think they are a threat to her. And if she panics because of people looking at her strangely, not only will it be harmful to the people around her but also her." Grandma explained before eating.

"Don't you think it's kind of strange? She has already gotten used to her witch powers like they were her second memory, but the wolf, she doesn't even show a single hint of having a werewolf." Danny commented before taking out the documents that Alpha Sam told him to handle.

"It's not strange. It's because she has ordered her wolf to not come out until she says so." Grandma said, making Danny pause in what he was doing.

"Then how will she-" Danny started but was stopped when grandma shook her head.

"When the time comes, everything will fall in its place. Right now, all my focus is on protecting her. She is becoming stronger with each passing day. It won't be long before a witch will see her and report to her grandfather Christopher that there is a strong witch out there that he doesn't know. And that's the last thing I want. I don't want anyone to know that Victoria is alive." Grandma said before smiling sadly.

"Grandma? When did you come back?" Jasmine strutted in the kitchen with sleepy eyes, making both Danny and grandma widen their eyes, scared that she heard their talk.

"I came back not long ago, sweety. What is it?" Grandma asked, feeling a bit edgy.

"I had a dream again. I saw that boy with amber-colored eyes again. Today I saw that he turned into a werewolf." Jasmine murmured before hugging her Grandma.

However, her description of the dream left both the people in the kitchen speechless.

"It's just a dream dear. I hope you can stop watching TV. Don't think that I don't know what you and Milly have been doing watching those male models and shows." Grandma reprimanded, trying to change the topic.

"Go take her to her room. I'll erase that dream again. Luckily, because she has stopped her wolf, until and unless she comes directly in contact with him, she won't know anything." Grandma said before washing her hands and vanishing in thin air, making Danny jump in surprise.

He was still not used to her witchy ways.

Looking at the girl who was sprawled out asleep now. He couldn't help but smile bitterly.

Pecking her forehead, making her smile in her sleep, he shook his head before picking her up and taking her back to her room.

"You are raising my hopes to find a mate soon, Victoria." He said, speaking the forbidden name for the first time after almost a year.