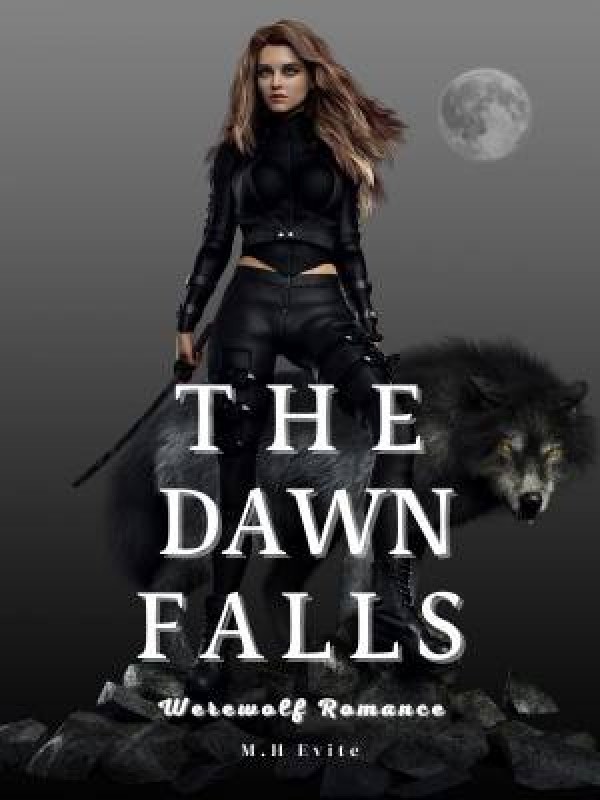 Catherine's parents were killed when a group of wolves attacked their house. For her safety, her brothers brought her to the town of Dusk and Dawn to start a new life. Vengeful, she badly wanted to find out why the wolves attacked them. One afternoon before the sun sets, she was reading near the lake when Angelo the boy next to their house pulled her back to their home. Angelo told her that there are wolves during the night, and it is dangerous for her to go outside. Later, she found out that Angelo is also a wolf, but belongs to the clan of good wolves. By connecting the clues and what Angelo's grandmother told her, she realized that she was different from others...

Before the sun seeps between the dark ash clouds, a group of wolves attacked our home.

Our neighbors were talking about wolves nonstop since the day that I remember. I thought it was a myth because I haven’t seen one. But now, I’ve seen not one but five of them. They all looked hungry with their saliva almost dropping from their pointy teeth.

I can’t do anything about it. I’m weak. All I do was stare at my parents, trying to block the main door by leaning on heavy objects we could find. Felix, my oldest brother, was the one helping them while Jay held my hand tight.

“Jay, hide your sister!” Mom cried and her voice almost broke. “Go inside your rooms, make sure that you lock the doors. Don’t go outside whatever you hear.”

“But mom…” Jay didn’t dare to continue with his words when Felix shot him with a deadly glare. He turned to me and held my hands tighter. “Let’s go, Catherine.”

He tried to pull my body away from my parents but I stayed frozen in my place. I didn’t want to leave them. If the wolves attacked them, I’ll fight them as well.

“They’re five and we’re five. Jay, we can fight them with knives and other things we have in our home.” I walk towards the kitchen, finding a weapon to use but Jay's grasp hardened.

“Don’t be stupid, Catherine. We have to go. We humans can’t face those wolves.”

“Catherine, go with your brother now!”

My dad screamed at me. My mother was glaring at me as if she was going to slap me if I don’t follow Jay. Jay was grabbing my arms tight and it hurt me. They were all mad at me, and I don’t know why.

When they finish blocking the door, Felix strode towards me and compressed my arm. He was the harsh and tougher one between him and Jay.

His fingers scratched through my skin as he pulled me upstairs. That’s when I knew I have to follow them. I didn’t have the strength to pull myself back from him. Jay followed behind us. Were we leaving our parents downstairs with those wolves?

I would’ve to stop Felix from pulling me upstairs, but I also knew that he’ll be madder at me when I do that.

We’re inside my room. Pillows were scattered on my bed and the assignment that I decided to do when I woke up the next morning was still on my table. Felix roamed his eyes around my room, searching for a place to hide.

“The bed is a good option,” Jay suggested.

Felix didn’t dare to speak. Instead, he pushed my back so I could crouch under the bed. I hesitated to hide under it but he pushed me again. Glad that I’m slim so hiding under the bed was successful. After I hid in the middle of my bed, Felix and Jay also crawled on both of my sides, pressing me between them. Their perfume was so strong and that was the only thing that I can smell.

We were all breathing hard while we were in our position. With every slam of those wolves on our door, our heart throbbed faster. I hoped that mom and dad were already hiding somewhere else. They said that those wolves will disappear when the sun had risen. It’s fucking 5 AM and I don’t know the exact time of sunrise today.

Then I heard screams from downstairs, from our parents. I don’t what to think when I hear them screaming in pain. I hope they weren’t hurt but surely they are.

“Mom and Dad,” I cried in a low monotone voice.

How can I not make any noise when my parents were already dying on our ground floor?

I covered my ears but the screaming of pain downstairs was still audible in here. Felix and Jay weren’t able to do anything but to pursed their lips. There were crystal clear tears that were ready to fall from their eyes. Like me, they knew that was happening downstairs.

I want to go downstairs and help them. I don’t want to stay under this bed and let my parents die because of those wolves.

Everything stopped, and sunlight peeked inside our room. It lighted our room with its natural charm. The golden rays of it blighted the tears crawling down my face.

“Is it done?” I asked, my voice was about to break.

Jay only nodded and placed his hands above my shoulders. Felix was the first one who got out of the bed, and he held a bar of metal that was approximately a meter long. Jay also got out and I followed him. He placed his arms on my shoulders and that made me breathe though I’m still worried about my parents.

We were shaking as we walked down the stairs. Felix froze as his eyes drifted downstairs. My forehead creased and I was curious about what he was staring at right now. And when I saw it, I wished I did not dare to look at it.

They were the dead bodies of my parents, looked like they were eaten by a group of wild animals.