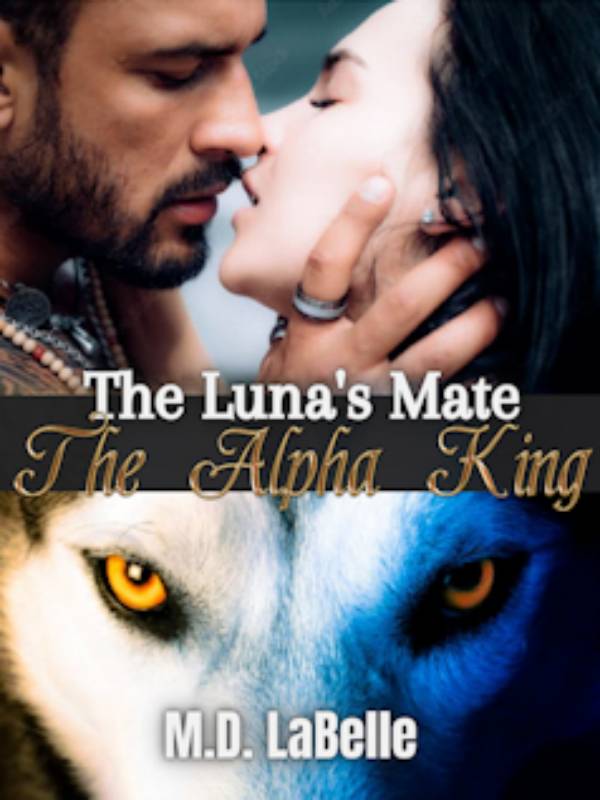 For years he has been alone, suffering in the darkness. Yet, no one would have ever known with so many women surrounding him, that Julian the Alpha King, secretly desires something that no one has ever been able to give him so far. Not an heir or a companion, but the purest thing from a woman's heart, true love. When Arabella turns 17, all she wants to do is to date Chris, her high school crush, but things take a drastic turn when she and her friends go to a rave in the middle of the woods. She soon meets Julian when he shows up to stop the massacre before it goes too far. All the humans end up as the pack's next meal. The minute he spots her, he is enchanted by her beauty and senses something unique within her. Unfortunately, when she finds out that werewolves exist, she doesn't know what to do. So scared and confused by it all, she runs out of the castle, and then when he finds her, he is forced to keep her captive. When everyone else finds out that a human is there, they try to kill her. He is forced to make a choice. Is it them or her? How does he make her understand what he wants when all that she does is try to escape from what she thinks is the big bad wolf?

Chapter 1 The Darkness That Surrounds Him

Tonight is a stranger night than most because the moon is set so low that it looks like you could touch it if you raised your hand into the air. It’s already so big that it looks a lot larger than it normally is, and in a few days, it will be a full moon. That full moon will be so huge that it will block out most of the night sky. What is even stranger, is the fact that it is extremely hot out for May and the air is so thick with moisture that everything feels slick as I sit in my reclining chair.

I stare out the window with an odd feeling of anticipation running through me. Perhaps it is because I sense something not quite right tonight. Or because there is danger in the air, and it is almost explosive.

With my eyes glued to the woods in front of me, I silently watch a fawn follow its mother through the clearing. Sitting forward a little in my chair to get a better look, I watch as both the mother and the fawn move further. When they do, they move so deliberately that they too seem to sense the presence of danger as it seeps throughout everything. As they approach the edge of the woods, the moment the mother relaxes, the wolf attacks.

Attacking with such precision and speed, the fawn has no hope for making it out of this alive. The only thing the mother can ask is that the wolf makes it quick and doesn’t let the little one live long enough to suffer. Thinking that this is surely the end for it, I sit back to watch the scene in front of me unfold.

However, something else totally unexpected happens. While sitting there in the darkness, I watch as the mother stands her ground and refuses to leave her little one to be torn to shreds by the predator. Instead, she stares the wolf in the eyes and dares him to attack her.

Shocked, I look on as the wolf retreats when it sees that it doesn’t have the upper hand. Then I murmur to myself, “I’ll be damned. If I could just find a woman like that who would sacrifice herself for the ones she loves, I would give her the world, the moon and the stars.”

Hearing the knock at the door, I unfold my numb legs before standing up and walking over to it. “Who is it?” I ask with a gruff tone as I feel a bit irritated that someone bothered me while I was enjoying some quiet time before dinner.

These times seem so few and far in between when I have so many people vying for my attention. I shake my head and open the door rather violently while glaring at the woman from just a few feet away. She stares at me with wide eyes and then steps back before stating in a shaky voice, “It is dinner time Julian, I was told to come get you as soon as it was ready.”

Immediately feeling bad, I change my whole disposition before speaking again. In a soft voice, I say, “Yes. I am sorry to scare you. I will be right down in a minute or two. Can you please tell them I am just getting ready?”

Hesitating for a moment, she looks me in the eyes and answers, “Yes, but please hurry. Alpha Roderick sounds rather irritated and there is no telling what he might do if he has to wait for too long before eating.” I watch as she turns on her heels and walks to the stairs.

She stops and turns her head to give me a glance and a smile before making her way down to the kitchen to relay the information. I assume she does, because I hear Alpha Roderick head up the stairs with anger on his face and quickness in his step. He is looking for a fight and if he isn’t careful, he will get one.

When I head out of my room, I almost run right into him. Turning around, Roderick cries out, “Man. Can’t you hurry up? I am starving and we have something to attend to tonight as soon as we finish.”

Glancing up into his angry face, I ask with a cool tone, “What are you talking about, may I ask?”

“I will tell you more after the meal, but apparently there will be a situation that needs handling. Through various sources, I have found out that The Wind Walkers Pack has decided to hold a rave and trap unsuspecting party goers for their next meal. Surely we must stop them before it draws too much attention to ourselves.” He glances over at me with a worried look on his brow while stating the facts of the problem.

Nodding, I think about what I must do next before sitting down at the table and eating dinner. Just before pulling out my chair, I quickly look over at Roderick and declare, “As soon as we are done, we will gather everyone and leave to stop this massacre before it goes too far. They should know that I don’t tolerate this kind of behavior.”

When everyone at the table notes this, they all wait for me to sit before they do. Then once all the food has been eaten and everyone’s appetites have been satiated, I stand up and state to everyone, “It is time. Grab your things and let’s go do some damage control.”

Right before I walk out the front door after everyone else, I hesitate for a moment to wonder why of all times do they dare to try my patience? Could it be the sheer fact that I have been quiet for so long and haven’t shown authority? Must I?

Thinking to myself, I stand there contemplating this in deep thought. “No matter what, the humans must be protected at all costs. No one must ever figure out that we really do exist. Because the consequences of that realization in the humans, would be catastrophic to our species. They would hunt us down like they did with common wolves and almost eradicate us.”

After shaking my head, I shut the door behind me and then as everyone waits, I walk to the truck and climb in. While turning it on, I put it into gear and look in the rearview mirror for a split second before murmuring to myself, “Perhaps this is what has me so on edge or maybe it is something entirely different.”

As I drive to the rave with everyone else following in the caravan, I get a strange sense that there is more to this then what everyone is saying.