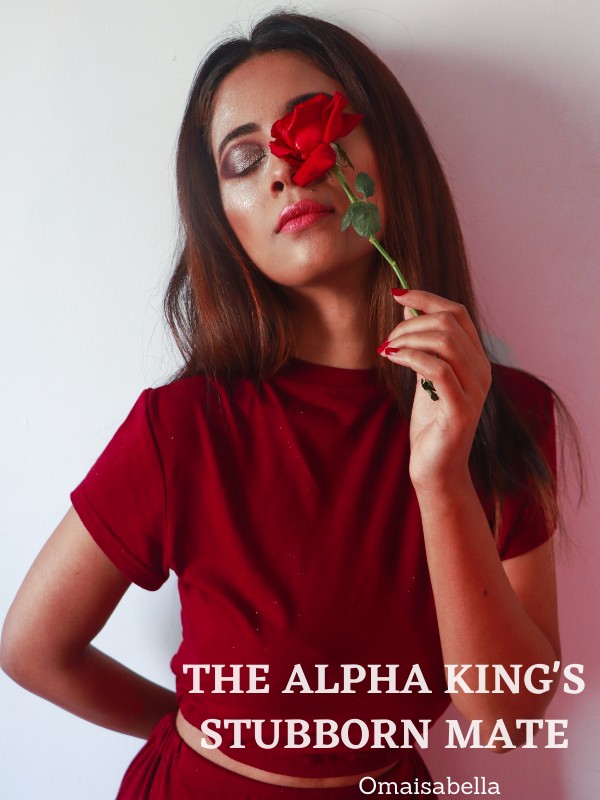 Hell can't hold him, demons can't stop him, the god's can't scare him, and Love.....ha love can't bind him. In a school filled with all types of Supernaturals (Vampires, witches, wolves, fairies, etc), everyone is afraid of the Millennium Wolf Prince (Jason), all Alphas Wolf obeyed him. Rae a new student who was transferred to the school, fall in love with Jason who doesn't even notice her, unknown to her, she was the last mermaid and a half demon. She doesn't know who are parents are and her grandmother forbids her from speaking of them. Something happened which made Jason started seeing Rae in a new light. Jason has just two rules. Rule 1, Don't mess with him. Rule 2, Follow rule 1.

‘Sometimes the person you’d take a bullet for is behind the trigger.’

“You betrayed me Tharollin, how could you do that to me?” Avonmora, the queen of mermaids, asked in a teary voice at the man she had once referred to as her lover. She was just in time from stopping him open the Gate of Darkness.

“For powers my love, to open the Gate of Darkness I have to sleep with you and collect your blood, which you gave me the two willingly.” Tharollin, the demon king answered her with a smirk.

“I thought you were the one, the god's made you my soulmate Tharollin, you are my soulmate and whatever I did for you was out of love. I gave you myself and my blood thinking you want to use my blood and heal the wounds you had last when you fought with Roen, but I was wrong, you only collected it to use it and open the Gates of Darkness.”

“You've forgotten something sweetheart, I am a demon, in fact the king of demons, we don't have feelings. Opening the Gate of Darkness will make me the strongest of them all and I shall rule over the supernaturals.” Tharollin said. “And even if I want to have a lover, it wouldn't be a fish girl, now if you excuse me I have a gate to open.”

“I was warned to stay away from you, but did I listen? No. Tharollin, you still have a chance to change, do not open the Gate of Darkness, please I beg you.” Avonmora pleaded, hoping to god's that they change his heart.

Tharollin laughed at her foolishness. “You're a big fool Avonmora, you were blinded by love that is why you couldn't see my main motive.”

Tharollin, a very handsome and tempting demon king, lost his rights as king when he went for war against King Roen and the rest supernaturals except the mermaids, they were healers. King Roen who has the backing of the god's, was the one who had defeated him and they killed all his demon warriors and imprison the ones alive.

Seeing him for the first time, was like seeing the sun. Her crystal necklace shone a little bit and she knew the man bleeding profusely was her soulmate. Avonmora quickly ordered the rest to go without her as she teleport Tharollin to her cave to treat him.

“Did you know what you ask for Avonmora?” King Roen asked the beautiful mermaid standing before him.

“Yes, I know what I am asking Roen. Help me and plead with the rest of the Kings and Queens that they shouldn't harm Tharollin, you know they listen to you.”

“This is difficult and you know it. Helping the evil king of demons who went rebellious against all Supernaturals, is different, saying we should give him a second chance is another thing.”

“He is my soulmate Roen, you know what that means. Please stand with me, he has changed. We should give him a second chance.” Avonmora pleaded.

“I am only supporting you because of what we had in the past, do not come back to me when he betrays you. I won't listen then.”

“Thank you so much Roen, he won't betray me.” Avonmora said with happiness.

“I will set a meeting with the rest of the Kings and Queens soon, bring him with you when you are coming to the meeting Avonmora.”

“This is outrageous! How can we trust a demon who want to rule over the supernaturals.” Queen of the fairies, Flora, spat out with venom as she stared at Tharollin with disdain.

“He isn't the same person you once knew, please he's Changed and I can swear on my life. He is my soulmate, my better half. Queen Flora, you got married to the king of globins didn't you even when we kicked against it. My fellow Kings and Queens, I am also a queen and I know how you want our people to feel safe, but believe me, Tharollin isn't evil.” Avonmora said.

“Roen what is your intake in this?” King Davea, asked the Wolf King. A Davea is a creature of shadow, a special type of demon, which is periodically used by others demons, similarly to hellhounds.

The room where the meeting was held became quite as they all want to hear Roen’s opinion.

“Let's give him a second chance as she had said.” King Roen told them finally.

“Are you supporting her because she was once your fuck mate?” Darin, the King of Vampires asked as he started picking invisible dirt from his nails.

The growl that came out from Roen shook the whole room they were in. Standing up to his feet in anger.

“I dare you to repeat what you said AGAIN.” Roen pronounced each word with a growl as he stares hatefully at the Vampire King.

“But I was saying the truth.” Darin said with a smile.

“That's enough from the both of you, we have heard from Avonmora, and since the Wolf King had given out his consent, so we shall. Tharollin has been forgiven, but Avonmora take note, if he tries to bring harm to any of the kingdoms, you know the consequences, don't you?” The Queen of Witches, Lillian, said.

“Yes I know the consequences, thank you all.” Avonmora said with a smile.