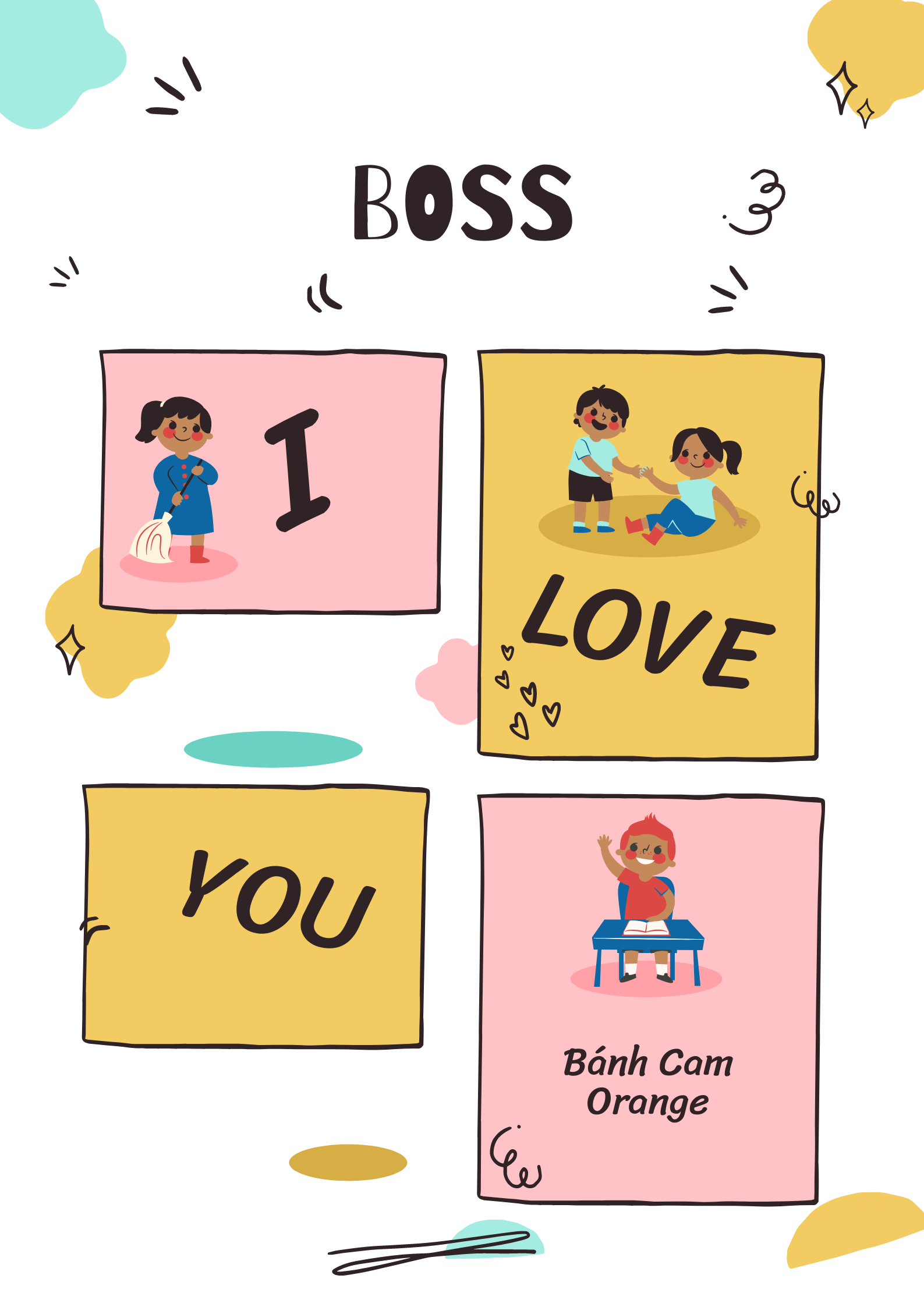 Boss, I love you

Dulcie never thought, when she wakes up, she will become a woman through the mail. Her feeling right now could only be described in four unimaginable words. A... A... A... But if she turns into a supporting woman, then like other stories she has to avoid the male and female protagonist, right? After that, thanks to a certain power, she will avoid or defeat the male and female protagonist to go to the top of life, right? So where does the male and female lead appear quickly? Dulcie waited patiently, the male and female protagonists were nowhere to be seen, but they saw the big villain. What if the big evil shoulder is still right away from the wall? Well, that's okay, you've got a clear strategy: 1. Avoiding the evil role, but why did the evil character appear in her house as blatantly as his house. 2. Calmly treat him kindly, but how can the villain not only eat at her house every day, but gradually he also occupies half of her bed. Dulcie decided to fight for "independence, freedom" but she looked down at her belly. Where is "independence, freedom"? 3. Stop salty fish Dulcie has given up. "Don't intentionally avoid me, remember?" "Then you stand up first." "Good." Nolan kisses her and says. How good is it, it's three o'clock in the afternoon, he should let her out of bed. Female Haizz is hard to do.

Dulcie lies on her bed thinking to herself, she is 22 years old and graduated from a famous university. She lives alone in a mid-range apartment in the city center and is a senior executive at a foreign company. The monthly salary is more than one thousand yuan.

This is her second year at work, but this year she has just received a Tet bonus, isn't that sad. The reason for not being awarded the first-year bonus was because Dulcie overslept and was late in reading, so the director cut her Tet bonus.

Today she will sleep early so that tomorrow will be on time. Well, determined, determined. Dulcie got up to go to the bathroom, in the mirror was a girl with gently curled back-length hair, tied in a ponytail to reveal her sexy neck, an oval face, delicate facial features, and white skin. Pink is a beauty.

Dulcie after washing her face and bathing walked to her beloved bed, grabbed her phone, and opened it to look at the latest series of the author Accept. While surfing, she thought about it and still felt angry that the woman in the story of a rich, beautiful, talented family would crash into the main male lead only to be led into the house by the female lead.

If it was her, she would have lived a very good, happy life with her family, not with her head in it. But sometimes all women when in love are destined to lose their brains. Dulcie laughed at her silly thought. Well, never mind it.

While thinking that, Dulcie fell asleep. It was at this time that the ground gradually shook, and dark clouds gathered to cover the whole city. Right at the apartment building, where Dulcie lived, everything gradually fell apart. She heard the rumbling, and the people's cries for help, but she could not wake up. Something seemed to fall on her. The pain was so bad, that her body felt like it was falling apart.

The scent of the sun-filled the room, the scent of flowers was faintly sweet. In the cool, comfortable air, Dulcie slowly woke up. She felt it all over her body, it didn't hurt at all, but strangely at the time, the feeling was very real. Everything is so real.

Wait a minute, why does your room smell like sunshine?

She never opened the window at night and always closed the room because even a little light would make her unable to sleep. It is often said that a person, it shows she is feeling insecure about her surroundings, but she feels okay, she feels comfortable.

Dulcie looked up at the ceiling with wide eyes and 1 minute… 2 minutes… 5 minutes why is her room light purple, she remembers it was pink, on the ceiling was the night sky but now it's the background white. Opposite the bed is a large canvas. Draw a girl standing under a cherry blossom tree, looks very similar to the photo. It was a hand-drawn painting because she had participated in a portrait painting exhibition before.

What's more, is that Dulcie's room doesn't have any pictures. Even more certain, her bedroom couldn't be that big. She lives alone, so her room is not very large, the whole family has a total area of 70m2. She must not have woken up yet.

She reached into her phone but: “Who is this?” Along with that question, a dear phone "Beep" fell on her face.

"Miss, miss, what's wrong with you?" Suddenly, a middle-aged woman's voice came from outside the door.

“I… I… it's okay!” She replied reflexively. After that, she panicked, obviously living alone. And she was sure that last night no one or any friends were invited to her house. How can there be someone else's voice? Dulcie quickly picked up the phone and took a closer look. She remembered her screen was Totoro, why is it a girl here.

"Who is this?" Dulcie thought.

She looked around once, looking closely at every detail. She saw on the table, under the night light, a picture, which Dulcie picked up to see, underneath were the words "Dulcie - Anna". Her eyes flashed, Anna, the purple room, the constellation Virgo, the picture, the phone screen she had seen somewhere before. Dulcie patted her head.

Purple, Anna, Virgo, isn't this picture of the lady's room in the story you read yesterday. As for the reason why she knew, it was simply that the female lead in the story "Is it great to have you in this life" had the same name as her and was also locked in this room by the female lead for a year.

But Dulcie never thought that she would wake up and become a supporting woman. Her feeling at this moment can only be said to be magical because an addict who reads all kinds of stories like her would one day cross the mail but not the heroine or passersby. She is still waiting to come to the company to receive the Tet bonus tomorrow.

A... A... A... But when she turns into a supporting woman, like in other stories, she will meet the male and female lead followed by a fight with the female lead? She did not want, she had to think of a way, she wanted to go home, her Tet bonus. What kind of life would someone like her who has never been through episode one of the archery drama have? Just then, a woman's voice interrupted her thoughts.

“I'm fine, I just bumped into the bed. You go down first." Dulcie said.

"Yes" She also didn't think because her young lady was often bumped, it would be better if she went to find some medicine to apply. After a moment, Dulcie could no longer hear the sound. She also began to sit up and calm down.

Dulcie walked into the bathroom and looked in the mirror. The female assistant has the same five senses as her. Her double-lidded black eyes are like ink, her skin is like white jade, and she looks really beautiful and seductive. Her hair is straight and her hair is curly. Dulcie tied her hair up and started brushing her teeth, washing her face, and walking out.

She came to the front of the wardrobe, in which there were mostly one-piece dresses, a few shirts of all kinds, and many yellow coats. The female figure's figure was seven or eight parts similar to hers. It's just that compared to her in the previous world, she's more beautiful. Dulcie chose for herself a floral shirt with a black A-line skirt. Dressed extremely seriously but makes others feel extremely attractive, hard to resist.

Dulcie went to the window, her eyes looking out into the distance, lost in thought. It was her habit when something happened beyond her control. She began to sort things out in her head. The first question here is where did the female assistant go that she was able to penetrate her body? She had felt it, and found this body to be very normal with no injuries or fatigue.

There is nothing like this in the story. So what happened last night or was it because of the pain last night? At the end what happened? In the other world, she was alive or dead.

Thinking about it for a long time, Dulcie decided to stop here to think more tomorrow. Genuine psychology of salty fish. It's partly because Dulcie already knows the plot, or else if I don't move on, I'll just be stuck in bed? She is not that person. So what's wrong with the mail, Dulcie, she won't give up, but oh my god her Tet bonus, her pretty little house. At this moment, another voice suddenly interrupted her train of thought.