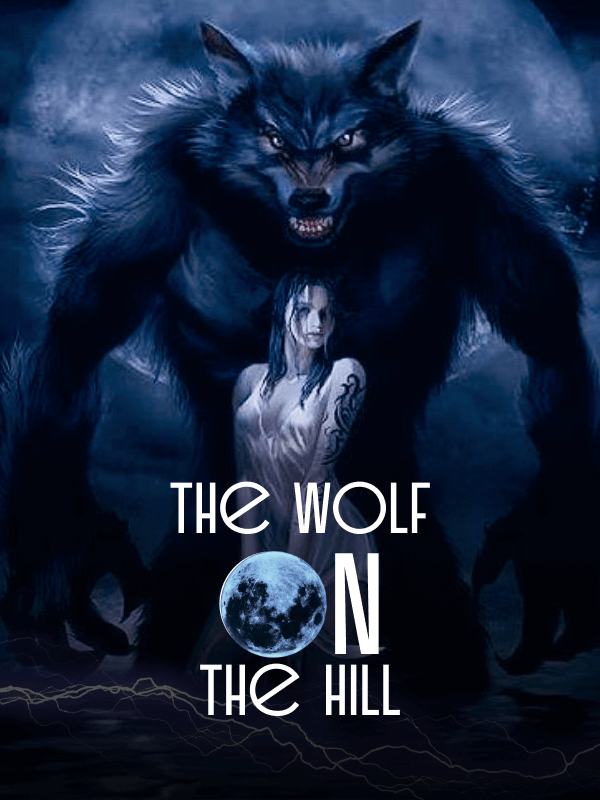 The Wolf on the Hill

Can two stubborn wolf shifters let down their guards long enough to take a chance on love? Lone wolf Caleb Jackson is only back in town long enough to sell his late father’s house, and the bad memories with it. He never expected to find his mate. Good girl Mia Blake never behaves badly. Except for the time she shifts into her wolf, chases a stranger through Olcan Hills, and has the hottest sex of her life on the forest floor. He has no desire to settle down. She is afraid to upset her family. But, with someone determined to destroy Caleb’s inheritance, and his secret fling with Mia getting hot and heavy, moving on isn’t as easy as he’d hoped.

Rain soaked Mia’s fur as she bounded through the woods bordering the Olcan Hills, relishing every inch of earth mashed beneath her claws. Trees became nothing more than a blur as she raced by, running to find her release out here where she answered to no one but nature. This was freedom.

When she reached the top of the hill she came to a standstill and released her primal scream of frustration in a howl, unleashing everything she couldn’t say to her overbearing family, pouring every hidden truth of who she really was into one long mournful call.

In the distance, another wolf echoed her cry and answered with one of his own. This was the reason her mother despised her shifting into her wolf form. She went kind of crazy and forgot all sense of danger in the excitement. Exactly the reason why she did it in secret. And now, here she was, totally exposed in the Northern Irish countryside, crouched and listening out for the intruder’s approach.

Snapping twigs and rustling leaves marked his stealthy journey towards her but she stood her ground, regardless of how loudly her heart was beating in her ears. The wind carried his scent and raised the hackles along her spine when she sniffed the air. Another shifter, but one she didn’t recognise. Big bro would use her pelt for a rug if he found out she’d strayed beyond the boundary.

Amber eyes glowed in the dark shadows as the large grey wolf stalked through the forest. She bowed in submission. Even if she had a clue how to fight, he was double her size and twice as powerful. He growled a low warning and sniffed her with interest, his wet nose nudging her clammy fur. Did he expect her to roll over and show her belly? Pride wouldn’t let her, but she was careful not to make eye contact as he circled around her twice in case he took it as a challenge.

She only lifted her head when she saw him pad away, heading back to the cover of the trees. He stopped, looked back at her, and cocked his head to one side. When she didn’t move he returned and nipped her ear. She yelped in surprise and indignation. Of all the nerve!

The rules of engagement were abandoned in the heat of her outrage and, in a snarling frenzy, she launched herself at him. For an animal so large, the grey wolf moved gracefully, dodging her attack to race ahead and leaving Mia in dogged pursuit.

Tree branches tore at her skin as she ploughed heedlessly into the woodland, but the pain dulled in the exhilaration of the chase. As they wove their way through the undergrowth, Mia’s anger subsided to let her long-neglected sense of fun take over.

He wanted her to follow him. She knew that from the glances he kept throwing back at her. So she stopped and slipped quietly behind the stump of an uprooted oak, waiting to see what he would do. White wisps of steam escaped from her nostrils as she fought to get her breath back and suddenly the area seemed too quiet.

With a thud Grey leapt onto the tree stump, and leant back onto his haunches ready to pounce. Mia took off again and this time she was the hunted. She didn’t get very far before he sprang and knocked her off her feet.

In a tangle of limbs they rolled through the leafy debris of the forest floor, shifting into their human form as they came to rest, with her pinned to the ground by a hard, muscular, naked body.

“Well, that was fun.” He grinned down at her, making no attempt to get off her, his green eyes full of mischief.

”If you say so.” Mia’s heart still raced but she was at enough of a disadvantage wedged underneath him without admitting she enjoyed the capture as much as the chase.

”I didn’t hurt you, did I?” He bent his head to kiss the scratches marking her shoulder and suddenly the only ache she felt was hidden deep inside.

”No.” She swallowed hard as he ventured closer to her already puckered nipples.

“Do you want me to stop?” His hot breath on her sensitive skin engulfed her in a tide of hormones she hadn’t been ruled by in a long time, if ever.

With a need to touch, to taste this handsome stranger on her tongue, she manoeuvred enough room to free her hands and wind them into his dark blond hair, pulling him down into a kiss.

He massaged her breasts, first with his hand, quickly followed by his mouth. The sucking and licking around her straining pink tips made her arousal too great to bear. She writhed against him, wet and waiting, but he let her suffer further still whilst he covered her mounds in tiny, exquisite bites.

Bewitched by the woods and her fantasy lover, she swapped the dull reality of her life for this moment, cavorting like the sort of woodland nymph she longed to be. Someone who lived without fear of consequences or judgement.

With a moan she parted her thighs. He thrust into her, the sheer size of him making her gasp as her body adjusted to fit around him, but she quickly accepted him, welcoming him again and again. The missing part of her femininity slotted into place with every fill of his cock inside her. So this was what all the fuss was about? Up until now sex hadn’t been something she had often thought about or had particularly enjoyed. Merely a necessity she’d endured to keep her ex happy. Not like this all-consuming lust heating her from the inside out. Now she knew how it could be, how sensual she could feel, she wouldn’t settle for anything less.

“You’re so wet.” Obviously her partner was enjoying the benefits of her sexual awakening. He levered himself up, locking his arms out straight to look deep into her eyes. Mia gave a shiver at seeing the undisguised desire darkening his pupils, realising she was having the same effect on him as he was on her.

“It is raining.” Unaccustomed to this level of intensity, she gave a nervous laugh that jiggled her body against his.

“Christ, you feel so good.”