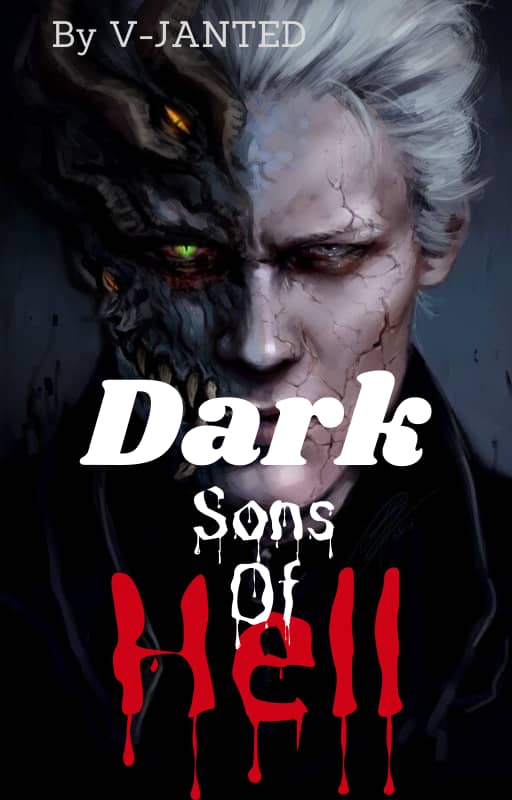 It's the oldest scariest prophecy in the Christian religion, the reign of the anti-Christ. All the signs are nigh, brothers have risen against brothers, wars and rumors of war, famine and pestilence, false prophets claiming to be the messiah. But with all this, the most important piece of the puzzle was not yet known, WHO WAS THE ANTICHRIST. A competition was carried out in Hell and the winner was to be crowned with the position of the Antichrist. Damian who was the first demi-demon, Aon of one of the Princes of Hell won the contest to gain his father's respect but wasn't interested in being the son of doom, but it wasn't that simple, he had to take the post or risk a lot like, his mother's life. In this Religious Fiction, we dive into the workings of the underworld from the Christian point of view, as we survey the scariest prophecy of it all.

There is blood on the doorknob. And it's dripping to the floor and is moving under the door from the bathroom into my room, and when it had gotten to the centre of my room, it formed a Pentagram. A big pentagram

The two sex workers on my bed were terrified to death, one passed out, the other gripped the duvet craving its warmth to ease the cold sneer of fear down her spine.

I stood there unfazed, I knew who was coming, one of the princes of Hell. Demon of Envy. High Lord Leviathan, my father.

Yes, yes, I know my father is a demon, one of the highest-ranking demons I know, the Lord of the seas, I know, a commander of Lucifer's army, I know, well, now you know, good for you but bad for this Asian girl and her Latino friend for they are about to die.

Well after draining the Asian girl of blood, I got up, used a rag to clean the blood off my mouth and hands as I waited for my father to appear. As he appeared in his human form, I saw another person appear too as the figure fully materialized, I discovered who it was, he was my favourite Uncle, Asmodeus, another prince of hell, demon of lust.

"Hello uncle, and you too Father," I said rather unenthusiastic, as I began to put on my clothes.

My uncle examined the lifeless naked girls on my bed and with a smirk, he said "living just as I thought aye".

I smirked and said " yes uncle yes, the more the merrier" and we erupted in laughter.

My father made his pipe appear in his hands, after a slight hand movement, he puffed a cloud of smoke and he finally spoke " son, Lucifer requests your return to hell for an urgent meeting"

I cut him there and said, "yes your head in the clouds, egocentric big brother, Lord Lucifer, prince of darkness and pride, Lord of hell, I know why he wants me, but why me Dad? I don't want to be the Antichrist".

Uncle Asmodeus soon stepped in "Damian, son, no need to be unreasonable, at least get to talk to Lucifer first, save your father the shame of the entire underworld that his child, refuses one of the highest posts of Hell".

Suddenly the memories of how I was treated by my father because I was the first demi-demon from one of the seven Princes of Hell, other of my uncles got their children from fallen angels or " Azazels". An Azazel which means scapegoat was a human who was so bad in their lifetime, that in death their atrocities turned them into Demons. Well, all my cousins had Azazel or fallen angel mothers except me, my mother was a human named Mary.

My parents met when my father was on a mission to earth with Uncle Asmodeus, my mother worked at a roadside cafe, where she would sing while working to calm the minds of weary travelers, my father fell in love, and the first demi-demon from the seven princes of hell was conceived.

I was never my father's proud achievement, he still loves my mother, he adores that woman but not me, growing up all I wanted was his love, but one can only crave fatherly love till it metamorphosed into the want of respect, and that is why I went to hell to contest the position of the antichrist with the aid of Asmodeus who was the only father figure in my life, and with his tutoring, I won the other offsprings of the seven princes and soon gained Lucifers admiration.

I wanted my father's respect, I got it but also got the hatred from most members of hell too and still didn't get my father's love, but I didn't care anymore.

I snapped out of my memory reel, looked at my dad in the eyes as he smoked his pipe, pointed to Asmodeus and said "Uncle has been the only father figure in my life, so why should your reputation be of importance to me", It was infuriating and sad.

My father just looked away and puffed another smoke as if the fire in hell wasn't enough, my uncle patted me and said "son, Lucifer has Mary and your return to hell is her only hope of salvation".

At the hearing of this news, my limbs got wobbly and I fell to the ground, I was having a lot of running emotions, the thought of what my mom was going through and realizing I was going to hell after all.

My heart was racing thinking of ten thousand ways to hurt Lucifer, why go to such lengths, touching the only person I love, the only reason I'm alive and the only reason I am not the Antichrist, I couldn't help both think it was my fault, she told me not to contest in the competition but my pride made me do it, now my mom is paying for it

My mother Mary is a devote Catholic and begged me not to take the post, she couldn't bear the burden of knowing her son was going to cause the end of the world.

Before you could go to Hell you had to either be a demon, an Azazel or you had to be a dead sinner, but my mother had overcome that feat as a result of my birth, so she could cross into hell alive.

To get to the gates of Hell we had to make a blood sacrifice, luckily the Latino was just waking up, I looked at my uncle who returned the gaze with a smile, and as the girl opened her eyes, it was met with the lifeless body of her friend who she would soon re-meet where we all were going.

So Asmodeus drained her of blood as he used her blood to draw a pentagram, muttering some spells while I finished Dressing and my father kept smoking his pipe and looking into space, I had never seen so much pain painted on this face, Lucifer touched the person he loved most and I think for the first time, my father and I were on the same page, hurt Lucifer.

Soon enough uncle was done with the pentagram and three of us stepped into It the floor paved way for something which looked like a black hole and sucked us into it and in a split moment we all were there, at Hell's gate.