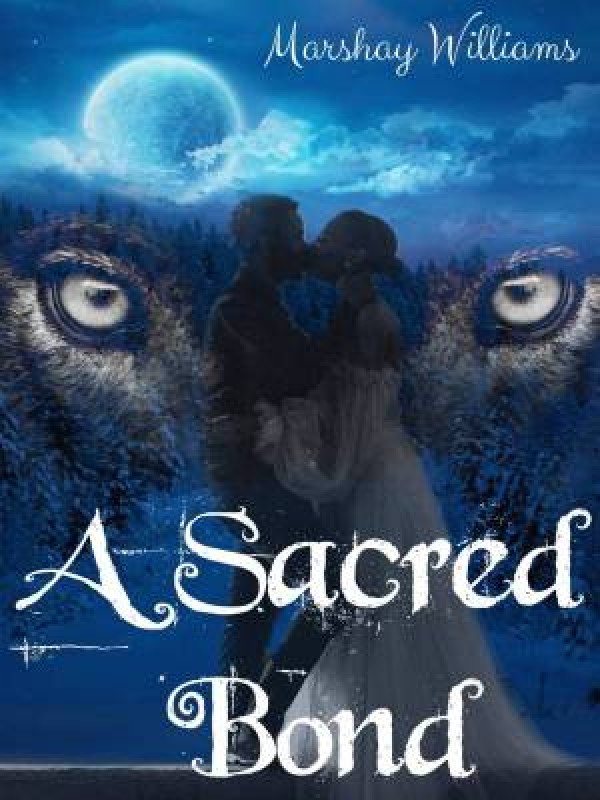 After the slaughter of his pack, Logan Winchester flees and becomes a rouge. There was a cabin that Logan came across and decided to settle in. One day while walking into the woods, Logan stumbles upon a beautiful woman Dawn Black. Immediately, Logan knew that Dawn was his mate. But the problem was that Dawn did not feel the mate pull. So she thought that it was all a mix-up. From there, Dawn's father Alpha Joseph Black, wanted to form an alliance with another pack. To seal the deal, Dawn had to marry her childhood friend Malachi. Dawn accepted the marriage bond, and she soon discovered her father's dark secret, and Dawn felt betrayed. Shortly after learning the truth about her father. Dawn begins to feel the mate pull with Logan. Who will Dawn choose?

It was a perfect summer breeze night; the air was crisp. Dawn stands there on the porch balcony in the room, letting the wind blow through her long beautiful white hair. She stared up at the lovely blue and black sky with the bright yellow moon. Moments like this make Dawn feel at ease as her mind wonders, “what a beautiful life I have,” Dawn thought. Before she could think of anything else,

“Hey my love, why are you up?” a male voice broke her trance. Dawn turned around to see that it was the love of her life, Logan standing there; even in the dark, Dawn felt that her husband Logan had a perfect body.

Logan stands about 6’2 tall medium built nice hard rock abs that will make you want to scream, and he has nice caramel skin with lovely gray bedroom eyes that if you stare long enough, you can get lost in them.” I couldn’t sleep, just had a lot to think about,” Dawn stated while walking towards him.

“I hope it’s something good,” Logan said, wrapping his arms around her.

“Oh, you know it’s always something good,” she said, kissing his cheek.

As they looked into each other eyes, they couldn’t help but embrace each other like long-lost lovers; as they felt each other heartbeat, Logan was so excited that his manhood had risen to poke Dawn in her stomach.

Dawn has felt how hard Logan has gotten and which she blushed, knowing that she could still excite him. “I see that somebody wants to come out to play,” Dawn said.

Logan gave her a smirk before saying, “Baby, it always wants to come out and play.” That was when Logan scooped Dawn up in his arms and headed towards the bed. There he gently lay Dawn on the bed and began kissing her on the lips; from there, they were massaging each other tongues in their mouth. The kiss became so passionate that both their wolves were howling with excitement. Logan broke the kiss between them and aimed for Dawn's neck; he started sucking on it until he performed a hickey on it.

Since they both are already naked, Logan wasted no time caressing both her breast with a bit of a squeeze, that Dawn let out a little moan. Logan grabbed one of her breasts and started sucking on her nipple. Dawn was able to feel the tingle going through her body that her body began to shiver; Logan took his right hand and started to head down towards her legs. The minute he was about to reach for her clitoris, he could feel that Dawn had climaxed in his hand. Dawn's heart was racing in pleasure that she took a deep breath to calm down. Logan took one look at Dawn and said, “I can’t take it anymore; I have to have you.” And that when he spread Dawn's legs, his manhood was rock hard, that he wasted no time and entered her, each time he goes in and out Dawn howl as her rapture took over and she screams out, “Oh Logan fuck me harder.”

was taking over. She wrapped her legs around Logan. He pounded her even harder than ever; Dawn could not resist the enduring temptation. Each stroke felt better than the last one that she fantasized about being on cloud nine. Dawn looked into Logan's eyes and thought of how both of their worlds collided that it had Phoenix and Aurora feel with joy. Dawn screams to Logan, “Baby, I’m coming,” as she rolls her eyes in the back of her head.

“Me too,” he said. Just like that, he injected his seed in Dawn, and they lay back on the bed giggling to each other. While they were looking into each other eyes, Dawn uttered, “Logan baby, I need to let you know that this is a dream, and it’s now time to wake up,” and that when he hears Dawn saying, “Baby, time to wake up, it’s breakfast time she said mind linked him.

“Okay, baby, I’m up,” Logan said, rubbing his eyes while getting up.

Dawn responded, “Ok, see you in a minute.” Logan got up and headed towards the bathroom. Once he got in, he headed towards the shower to turn the water on. The minute Logan entered, he felt so relaxed as the warm water hit his body. He could not help but think about the beautiful dream, which put a smile on his face. Then out of nowhere, he begins humming; while continuing humming, Phoenix interrupted him by asking, “Do you what today is?” “Of course, it’s Tuesday,” Logan said.

“Seriously, you know today is something else.”

Phoenix began to get irritated, and Logan blurted out, “Of course I know what today is; today marks five years that the misses and I had mated. I wouldn’t ever in a million years forget this day, and I just wanted to get you all worked up.”

Phoenix responds, “You a jerk.”

Logan just laughed and continued with his shower. Once he got out, he reached for a towel to dry himself off, headed back into the bedroom to put his clothes on. Finally dressed, Logan goes over to the nightstand next to the bed and pulls out a red velvet box. And he heads on down the stairs; once Logan was downstairs, he headed to the kitchen to where his beautiful mate was at, standing there still preparing breakfast from the smell of the aroma, he can smell pancakes, sausage, eggs, grits, mixed fruit, and there was coffee, and orange juice.

Everything looked so perfect, and Logan was admiring everything as his mouth became watering. When Dawn turns around, she jumps back a little, seeing that her mate is in the kitchen staring at her. “Baby, you scare me; I didn’t hear you come in,” Dawn said, looking into his eyes.

“Well, you know that everything smells so good that I couldn’t resist coming in and checking on you; also, I wanted to ask did you need any help?”

“No, I got it; I am just about to make the plates for us, Dawn utter as she turns around, putting plates on the counter. Dawn started placing food on the plates, then suddenly she felt two arms wrap around her waist, As Logan gave her a tight squeeze and kissed her on the marked spot on the side of her neck. Dawn begins to get redden as she feels her body trying to become aroused. Aurora begins to purr in her head, saying, “Let him and Phoenix fucks us now.”

“Are you crazy? William is in the other room.”

“I know; I like to see the face you make; it looks adorable,” Logan said. From there, he reaches into his pocket and hands her a red box; she looks shocked.

Dawn utter, “What is this?” as she examines the box.

“Open it up and see, “Logan told Dawn took the box and opened it up; once he opened it, she put out a light blue crystal necklace with a black rope it looked to be about 18 inches when the sunshine in from the window it sparks a little bit. Dawn could not help but smile. “This is so beautiful,” she said, letting out tears from her eyes.

“I’m glad you like it; when I have seen this, I thought about the first time I saw you; you were looking for so beautiful standing there in the woods. And how your eyes sparkle that warmed my heart. What I love most about you is that you did not care that I was an Omega, even though you came from a strong family of Alphas.”

“Logan, you already know if I have a chance to do it all over again in a heartbeat,” Dawn stated.

“I know you would; that why I’m the luckiest man in the world, and this is the day that we celebrated five years being together, Happy Anniversary, love” Logan asserted, kissing Dawn on the lips. The kiss became passionate, and it was like they were in another world. Before they could explore more of their love, their kiss was broken from the sound of a child's voice “Yuck, get a room.” Logan and Dawn turn around at the same time to see that their son William had entered the kitchen; William was a very handsome little boy who resembled his father. He has dark long black wavy hair and pretty grey eyes; he stands about 5’7, tall, only five

years old. William also has some of his mother's features, such as her lovely Kalahari sand complexion, and has the cutest little dimples when he smiles.

“Go have a seat I will bring it to you,” Dawn said.

“Okay, mommy,” And off he goes into the next room.