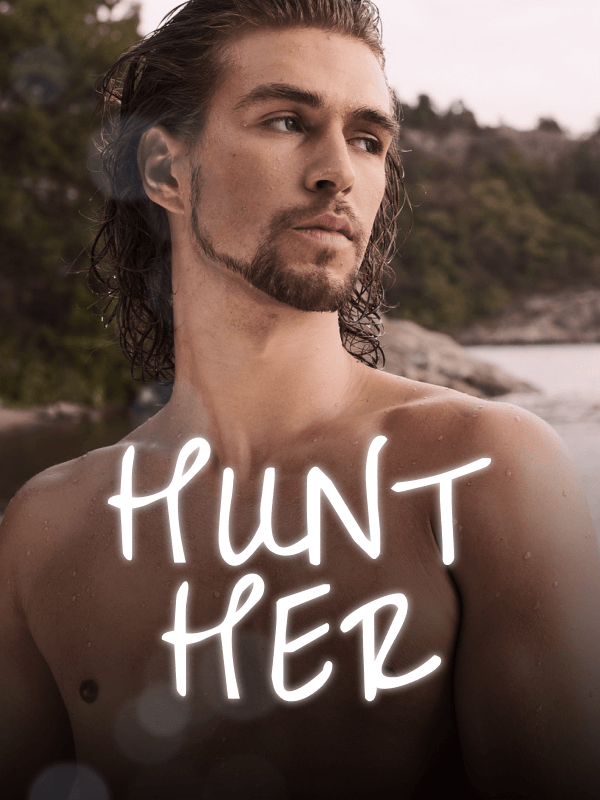 Her life on hold for a decade, Meghan’s ready to take it back and move forward. Valor is ready too. The Vampire Master won’t let her disappear, not ever again. Meghan doesn’t understand the dreamwalker who comes to her at night. After years of sleeping medication to subdue nightmares, she is unprepared when the handsome stranger who stood guard over her childhood returns to her dreams. Now that she’s grown, he’s intent on possession and seduction. When he shows up in her life, real and not a dream, she’s horrified…and enthralled. But life isn’t waiting around for Meghan to play out the traditional script of meeting, falling in love and living happily ever after. Desperate to reclaim some part of her childhood, Meghan leaves behind the man who wants her in search of her long-lost brother. But Valor is not a man who is willing to be left behind, not again. The years he spent unable to find Meghan—not knowing if she was happy, healthy or even safe—were difficult enough. He’ll find Meghan and bring her into a world she doesn’t even imagine exists, and he’ll find a way to keep her at his side—forever. Because he’s not just some man Meghan met in a library. Valor isn’t a man at all.

Sparring could be vicious, especially when the battle-honed fighter Atlas faced off against his brother, the master. The other warriors watched, leaning against the outer walls of the basement training facility. Built to their specifications with noise-muffling technology, earthquake-resistant resonance, high ceilings and floors covered with durable matting, the space still sustained damage when the most powerful among them took to the ring. Already a crack in the mirror on the north wall reached a span of six feet, because, at full strength, the master had thrown Atlas against it. Blood pooled near the west corner where Atlas had thrown a knife that had grazed his brother’s right shoulder. The knife had pierced the master’s shoulder, but the blade was presently lodged deep into the west wall. Spatter across the mat stained their feet and had transferred to their bodies, though it was mostly invisible against the basic black outfits both wore.

These two were unquestionably among the most powerful beings of their kind. Still, his sparring partner executed a powerful kick that hit Atlas in the center of his chest and sent him sprawling across the floor. The impact into the east wall caused the entire building to shake.

“The man’s going to lose it if his vamp doesn’t show up soon.”

Enna kept his eye on the two men on the mat and grunted in response. ‘The man’ was an innocuous term to describe the master, Atlas’ brother and sparring partner, also the lord’s heir. Enna had elevated his brother to the title ‘lord’ more than two decades ago, though the master was still the heir and not yet the lord. The master’s name meant something when spoken, particularly when a blood bond existed between the two, so the warriors avoided using his name as much as possible. It was a courtesy, but also a matter of privacy—if they didn’t want the master’s attention.

Still, ‘the man’ held Enna’s loyalty and affection, in addition to being Atlas and Enna’s brother. Referring to him by that casual term grated on Enna’s notion of respect, though he understood Jeb intended nothing sinister by the comment. In fact, Jeb was making an effort not to distract the pair on the mat. Distraction during battle led to mistakes that could have generations of consequences, particularly in this world.

None knew such effects more intimately than General Enna himself.

The thought of that ancient history reminded Enna that the master needed to be prepared for any complication, even distraction. Certainly his lord was a superior warrior—born powerful and trained to use his skills ruthlessly. “Lord Valor would indeed represent us well in a true battle,” he replied graciously, quite aware that everyone in the training room would hear him, no matter the volume of his voice. Enna shared a blood bond with his brothers that had endured since their youngest years, and he’d fought and defeated all of the warriors repeatedly, creating bonds with each of them. Even without those bonds, the warriors’ senses were much more developed than a human’s would have been, especially with the enhanced gifts that had come to them with their rebirths. “Lord Valor and our warriors can indeed defend us against any raiding parties trying to enter through the portal. But what of a human army of soldiers carrying guns—or helicopters or planes with fighters dropping into our fortress? What ought we do then?”

“Follow the general’s battle strategy, of course,” the master spat out, before spinning to avoid the side kick of his opponent. “And utilize my shielding gift to give us all time to retreat into the fortifications and through the portal. It can be sealed from the other side.” He used his momentum from the spin, throwing a solid punch into Atlas’ stomach. Atlas grunted and stepped back, letting the master’s hit propel him into a backflip. His left foot caught the master’s chin as he went over. Valor didn’t hesitate, delivering a direct front kick that landed squarely on Atlas’ ass and sent him sprawling onto the mat. Atlas rolled and jumped smoothly into a low spin, his leg stretching in a beautiful roundhouse kick that caught the master in the back of his knee.

With a wild roar—a battle-cry of old—Valor sprang out of the way, performed two forward handsprings and landed two feet in the air on a balance beam, a long wooden staff racing across the room to slap into the master’s grip.

Atlas’ eyes sparkled and gleamed bright blue with the master’s use of telekinesis. Casually, he lifted a hand and drew a staff identical to the lord’s toward his own hand. It streaked across the room from the wall of practice weapons then landed in his palm with a smack as he, too, answered Enna. “For my money, if guns are in play, the general’s battle strategy ought to be to run and hide, just as the master says. I’m all for it too. Bullets hurt.”

“Surviving bullets while still standing on your feet would reveal our true nature, as surely as telekinesis,” Enna murmured, aware that both the master and Atlas could hear him. “It’s a lesson the pair of you have not learned, despite living here for hundreds of years.”

“’Tis better to live to see another day in another world than to die foolishly in this one,” the master said calmly, his eyes on Atlas’ graceful movements as the man twirled the staff in a ballet of motion. With hardly an effort, the master lifted his staff and threw it, knocking Atlas’ weapon cleanly from his lieutenant’s hands. “As for Jeb, he’s correct. I feel the separation keenly, and I sense inwardly that I have begun to age as she ages. ’Tis a dangerous thing for all of you. It is right and proper that you should all practice to defeat me, to keep me restrained, if my sanity comes into question.”

Atlas snorted then smacked his hands on the front of his thighs. “Your sanity is safe. It’s your temper we guard against.”

Enna watched as the master’s eyes narrowed in warning. “Someday, Allai”—his lord stressed the ancient name by which Atlas had once been known—“you will understand the angst that grows within me. Someday your temper will be tested.” His lips twisted sardonically. “Then I will be forced to decide if I should grant you surcease or taunt you mercilessly.”

“Taunt him mercilessly,” Enna interjected immediately, watching carefully to see if his master’s eyes wavered even for a moment away from his opponent. Atlas was attempting to use the strategy Enna himself had suggested, by distracting the master from the battle. “Why have you not tested his mental shields and forced him to your will, my lord?”

“I need to practice my fighting technique without resorting to mind games,” the lord returned, still studying his opponent. “And Atlas refuses to shield his mind from me for any reason, even to practice. It leaves him at a disadvantage, of course, because even without taking control of his mind, I can anticipate his actions.”

“He never lets down his mental shields for me,” Enna muttered under his breath.

“You’re neither my master nor my lord,” Atlas grunted, his eyes still on the lord, moving from side to side in a low, fighting stance. “I’d lower them for Mother too—just not you.”

The others snickered, and even Enna had to smile.

Valor had uncommonly strong instincts, even among the Vampire. In a sudden, silent leap, he flew across the room, catching Atlas in the shoulder and taking advantage of the instantaneous moment when Atlas’ thoughts had been with their parents, instead of on his opponent. The pair crashed to the floor as Atlas fought back, but the momentum was clearly on the master’s side. They rolled so quickly that even Enna could not follow the twisting bodies, and Atlas grunted.

It was over as soon as the master’s fangs pierced Atlas’ throat. He submitted immediately, lying back on the mat as Atlas’ lord and master crouched on the balls of his feet beside the prone body and followed him down, taking only enough to strengthen the pair’s blood bond. Although it was within his rights to take as much as he wished, even to the point of draining Atlas, Valor never risked his soldiers in such a fashion, let alone his brothers. He wanted Atlas to be strong, should he need to defend himself or be needed for a mission at any moment.

Enna sighed. “One of these days, he’s going to reveal himself to the masses via a fucking security camera or a cell phone. Then what are we going to do?” he muttered.

Around them, the others snorted, parrying suggestions that grew more outrageous by the second, at least until the master raised his head, his eyes gleaming, even as his fangs retracted and Atlas sat up. “Some causes are worth fighting for, warriors,” he stated, command leeching through the words and involuntarily freezing every one of them. It was a small demonstration of the authority he wielded when required, a power he’d been developing and strengthening for centuries in anticipation of the day he would rule their homeland. He was not the master because he was the eldest son or because he was the favorite. He’d fought his brothers for the right, and each had submitted to his bite rather than fight to the death. “Some humans are worth fighting for. Never forget. Your vamp is out there, just as mine is—or someday she will be. Do not dishonor her or our people. If that means letting it be known what we truly are, then so be it. You have managed the consequences before, and we could face them again if required. But keep yourself honorably for her.”

Enna stared at Lord Valor, unable to look away from the raw agony and command in his master’s voice. When the presentiment of danger and death that his master experienced washed over the warriors, Enna shuddered.