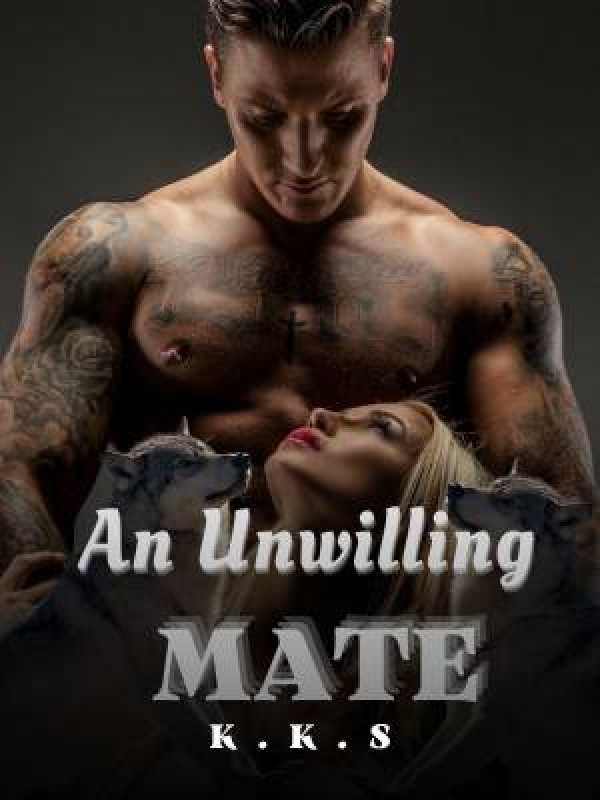 SAMANTHA: Jaecar, the fiercest of the Border Guard, has always been kind to me. Indulging me despite what I thought was his lack of sexual interest. That all changed the day he told me he'd have me as his mate. I said no. Spurring Jaecar to go from the sweet boy next door to the hungry wolf with his eye on me. JAECAR: She was mine. She'd always been mine. She just didn't know it yet. I courted her, I was kind to her, all with my end goal in mind. Possessing her. She thinks she can run from me. But I know everywhere she'd go. I know everywhere she'd hide. Because I know everything about Samantha. The Mating Moon is rising. And she will be my mate. Willing or not.

“Jaecar.” I laughingly skipped out to the trees. Catching him as he was rising from bathing in the river.

“Sam…” He sighed. Frowning and I realized he was undressed and coming out of the water. It was already revealing his glistening dark skin down the deep lines of his muscled hip bones.

“Oh, sorry.” I turned my back and heard the grass rustling behind me as he swept up his shirt.

“There’s something going on in the Camp.”

“What?” His tone grew serious.

The Border Guard voice. I’d heard him use it before when there were intruders at the wall surrounding the Asara territory.

“How does she always know everything?” Jaecar murmured as he stepped next to me. His black hair was shimmering beneath the layer of water and the black goatee surrounding his lips made him seem villainous.

But he’s usually so kind.

He’d been helping me reinforce my hut during the Mating Moon for years. And Vanna Rae had said he was the one that saved her by letting her in beyond the wall.

“Lyra Lani is the oldest of our generation of females.”

And I think Draven, our Alpha, confides in her. But I didn’t know that for sure.

“Why do you avoid calling yourselves what you are.” Jaecar leaned sideways to bump shoulders with me. Nearly knocking me over because he was so much stouter.

I laughingly stepped sideways, and he grinned at me. “Because! You know I hate being called that.”

“But you are one of the seven breedables, Sam. It’s just fact.”

I knew that the word meant we were of an age to reproduce but it sounded so debasing, I thought.

“Eventually, Draven will insist you take down your fortress and let one of the males mate you.”

I cringed. Very afraid of that. Knowing what had happened to some of the females in the past. Females can be seriously injured or killed under the Mating Moon.

“Stop that.” He shook his head. Laughing at my fearful expression.

“It doesn’t have to be as bad as that. You females sharing horror stories doesn’t help any of you with reproducing for our pack.” He chided as he headed toward camp.

“Jaecar!” I skipped after him and lunged on his back. “It’s perfectly appropriate to be afraid. You know the males in our pack are particularly aggressive. That’s why Edrick had rounded them up to make a strong pack. It’s reasonable for us females to fear being killed while being mounted.”

He caught my forearms around his neck and teetered as he balanced my weight on his back. He gave me that disapproving frown again as he peered over his shoulder at me hanging off his back like a baby monkey.

“You can’t say breedable but you can use the word ‘mounted’?” His eyes flashed yellow.

“Why do you get mad when I say such things?” My brow furrowed as I met his dark look.

“I didn’t say I was mad.” He was still heading back to camp. Bearing both of our weights as my legs were hooked over his hips and he balanced one of my shins in his palm.

I slid off his back to call after his back. “I hate it when you say that.”

He swept a hand through his shining black hair. Not even bothering to look back. “I know that.”

Annoyance was written over Jaecar’s face.

“You can be just as angry as you want.” Draven, The Asara Alpha was staring back at his dark Border Guard, his wide arms crossed over his chest. “Doesn’t change the fact.”

“I won’t let someone have their way with her.”

“Then you take her.”

Jaecar glowered at his alpha.

Jaecar knew he was right and took the warning for the cautioning it was. Softening his features and his stance so he wasn’t quite so challenging. “You know how she is, Draven. She’s very innocent.”

“Then persuade her now. Before the Mating Moon.”

“Draven!” Jaecar tossed his arms in frustration. “It’s in less than a day. She sees me as her friend. Perhaps her protector but she harbors no romantic interest in me. And she’s determined to not be mated. She’s terrified.”

“Well,” Draven grunted. “Then I suggest you’ve a choice to make. Do you want multiple wolves to mount her in twenty-four hours or do you want to do it?”

“Are you threatening to?” Jaecar looked alarmed. Knowing how brutal Draven could be when he was of a mind to be. Jaecar had witnessed him ripping wolves apart with his bare hands.

“Perhaps…We need young for the pack. I can’t abide the breedables not being mated any longer.”

“Oh?” Jaecar lifted a black brow. “And what of Lyra Lani?”

Draven’s arms dropped and his teeth bared slightly in a snarl. “You don’t worry about her, Jaecar. I’ve a mate intended for her as well.”