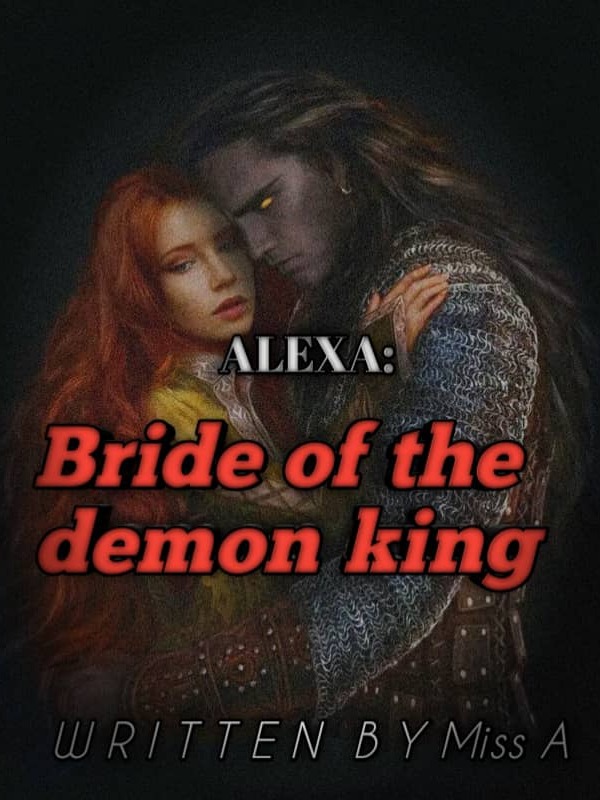 Alexa; Bride of the demon king

Alexa, a beautiful beautiful girl aged 20, living with her parents who were both supernaturals - a werewolf and a vampire but then, Alexa possesses no powers or abilities as a supernatural. Alexa feels very frustrated as she possesses no abilities as a daughter of the one of the strongest vampire and chosen werewolf. All she ever wanted was to just have her powers so she can live like others. But then a twist came into Alexa's life. Damon, a ruthless reincarnated demon king came into her life and claims to be her mate. She was the mate of an ancient demon king. Alexa however refuses to believe him since they don't have or share a mate bond. They both felt empty towards each other and that was not how mates are supposed to feel. Alexa believes that mates get attracted to each other at first sight but then it happened. That twist alone changed her life. What happens when she was forced to leave her parents and then kidnapped by her ruthless mate? What happens when her mate forces her to get married to him when all that existed between them was hatred? Will love be ever given a chance? Find out answers to your unending questions here!

Under the bright shining moon stood a girl dressed in white. Her hands up and her hair scattered over her face and all of a sudden, she let out a loud scream.

"Aaaaargh! Why me? Why me?!" She yelled as she hit her chest repeatedly. Tears fall non stop from her eyes.

The moonlight still shone brightly on her yet nothing happened. She knew that the night of the full moon will soon be over. She slowly wiped her tears and stared at the moon.

"I'm 20 already and why don't I possess any powers yet?" She thought and slowly walked away. Soon the moon light started to go down. She decided to sit and wait. She couldn't bear to face her parents. She was a total disgrace to them already.

She walked more farther and found a bench. She slowly adjusted her white gown and sat on it. The wind started to blow and her long blonde hair kept getting stuck on her face and she struggled to keep to tuck them at the back of her hair.

She was lost in thoughts when suddenly an image appeared and disappeared in an instant. Alexa suddenly looked up but saw no one. She sighed and then rubbed her palms together. It happened again in a flash and she then stood up and peeked. There she saw a figure. It was more like a masculine figure. She almost fidgeted and slowly she took a step backwards but almost immediately she summoned courage and then took another look at the figure, who was putting on a black hood standing immobile. Alexa sighed and then took slow steps towards the creature which she knew was supernatural but eye couldn't figure out who it was.

"A vampire! A werewolf or a witch. The figure stood there immobile and she finally approached him. She was about to touch his shoulders when it suddenly disappeared out of sight. She gasped and suddenly turned back tilting her head to the right side looking for him.

She was quite surprised at the great speed the creature possessed. She sighed again and tilted her head to the other side. Suddenly a strong cold hand grabbed her waist and a low gasp escaped her lips.

Immediately Alexa felt the wind grazing her soft but delicate skin and in a flash, her back bumped into a wall, Alexa slowly opened her eyes to look at the strange person, her heart pounding fast as it could. His hands on each side as of making sure she could not escape from him.

Her mouth hung slightly when she opened her eyes, the guy's black hair fell delicately on his right eye but she could see the other eye. It was gray and very beautiful but she couldn't see the other part of his face because it was covered by a mask. She could still tell he was handsome.

"Done staring!" His cold husky voice said and she looked at him.

"Who are you?" She asked in a whisper and the strange guy removed his hands from the wall and moved backwards. He turned and almost wanted to leave but her voice stopped him.

"Who are you? A vampire or a werewolf?" She asked and he slightly turned.

"Blue eyes, I think you should out about that yourself!" He said and without hesitation, he vanished out of sight and Alexa sighed. She groaned and hit her fists on the wall hardly. Her hands bled almost immediately and but it immediately healed. That's the only ability that she possessed.

She could heal quickly and faster in a second. She groaned mentally and started going back to her earlier suit until she heard someone calling her name.

"Alexa, Alexa" She heard the familiar voice call and she stopped right in the spot. Only him knows where to find her, regardless of the situation.

"Eric…" She muttered and turned to the direction where she heard the voice come from.

"Eric!" She yelled also and in a few seconds, Eric appeared before her. His eyes widened as he scanned her entire body and then pulled her into the hug. Alexa smiled and then hugged him back gently. He pulled away from the hug and kissed her forehead gently.

"You scared me like crazy" He muttered and she smiled and hugged him.

"I'm sorry, I just wanted to be alone.." She says and Eric scoffed.

"You think I don't know. You think I'm dumb huh? I'm your best friend for crying out loud. Stop this Lexa. Stop this. You are going to get your powers when the time is right?" He said gently cupping her face and she sniffed.

"When the time is right? Did you just say when the time is right Eric. You don't understand me at all. Why would you? You're a vampire right and you have your powers but me, I'm the daughter of the strongest vampire and the chosen werewolf but yet powerless. So do you expect me to be happy and rejoicing. Your life is virtually more better so you can't understand me!" She yelled and looked at Elmo who now had a painful expression and immediately Alexa calmed down.

She knew she had hurt him with her words when she shouldn't have because he was only concerned about her.

Alexa looked down with a sullen look.

"I'm sorry Eric, I seriously didn't mean what I said,, you know,, I..." She fumbled not knowing what to say. Eric said nothing but crouched at her, his back facing her.

"I promised Aunt that I will you bring you home safe and sound, so get on.." He said again and Alexa sighed before she climbed on his back.

He was damn angry and she's sure about that. Well, Eric was the kind to remain unusually quiet when angry.

"Look Cutie, I'm sorry.." She muttered. Cutie was the name she always called him. Eric heard her but pretended like he didn't. Seeing that he was not in the mood to talk to her, Alexa sighed and rested her head on her back and immediately they both vanished out of sight and immediately the guy wearing the hood came out and smirked.

"Found them.." He muttered with the smirk playing on his lips.