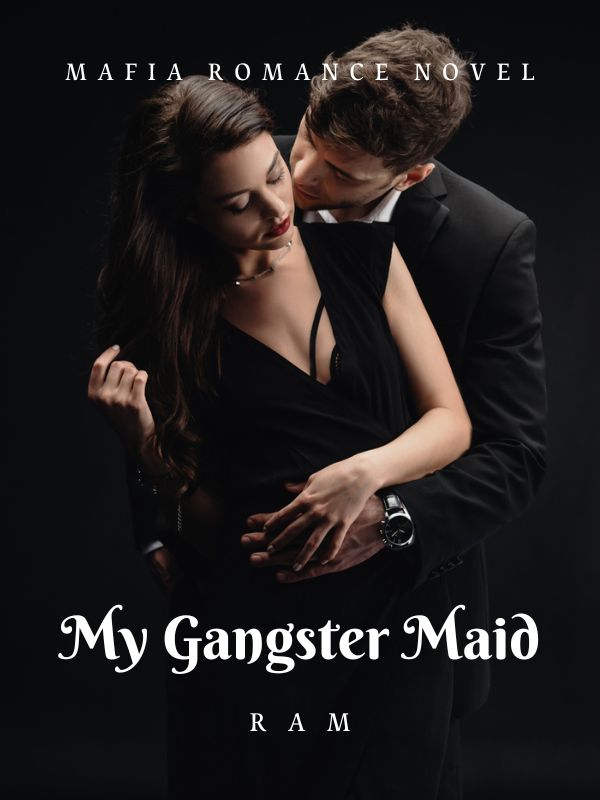 Everleigh met Raven as her kidnapper‚ underling of Gangsters and Mafia bosses. Raven felled in love with Everleigh at first sight and helped her escape, causing him to face a consequences‚ losing someone important in his life. Raven applied to be her bodyguard, which made them build a secret relationship. As time passed by, Everleigh learned about Raven's real identity and his father's unfathomable secret. What would be the consequences of all the chaotic situations they are in?

The church was full of crowds, elegant, luxurious venue.

Cameras never stopped flashing, visitors who never stopped smiling and laughing while talking. The elegant white dresses they wear and the supreme black suit of men; seems like the venue is full of rich, sumptuous with money people.

Talking, and smiling with classiness. Everyone is waiting for the bride. They can’t enough of excitement seeing the handsome groom who can’t hide his nervousness. At last he and his beloved is about to be wed.

However, not far away from the church is a group of men wearing bonnets and black tops and shorts, investigating the whole place.

Two men were inside the car; one sitting in the driver's seat and one in the passenger seat.

"I thought this place is private, why there are so many people?" asked the one who uses binoculars, sitting in the passenger seat.

"What do you expect with rich people," said the one who is holding a walkie-talkie, "much more like boasting their feast with plasticity. Seeing how they smile like they aren't having an argument behind the cameras."

The man nodded as he agreed. "Yeah, you're right."

Two black cars with no plate numbers are hiding behind the bushes. Five men were hiding near the venue, with guns in its sheath, hidden behind their backs.

The man in the driver's seat uses his walkie-talkie. "Code R.A, what do you see?"

[The groom is here. The bride is nowhere to be found,] said from a walkie-talkie.

A man with his elegant suit camouflaged with the crowd. His handsome face will never notice his excellent hiding. He is tall and seems like a rich person who is in famous magazines of billionaires.

He hid his walkie-talkie in his pocket and tries to walk onto the group of teenage girls.

"Yes, girls, I can't imagine how handsome the groom is!"

"Well, Ms. Scott is beautiful enough to be future Armenez. Just imagine their kids will look—Oh my God!"

The man acted like he didn't see the group of girls and bumped into one of them.

"I'm so sorry, beautiful ladies. I didn't see you."

The girls gasped and hid their giggles seeing how handsome the man is.

"It's alright, mister. You look so great in your suit," the girl said, before smiling. "Looking for something...or... someone?"

"Ah, yeah, I'm looking for my brother. I'm sure he's around here somewhere and clinging to every girl."

"Want me to accompany...you?" the girl hinted with hope.

The man smiled. "No, thank you. I just wanted to ask him if I can go home already. I think the bride is taking so long. When will she arrive?"

"Oh! Yeah! Ms. Scott is nearby already. Don't worry! I heard his Father talking to her on the phone. She'll be here soon."

The man smiled, before secretly gripping his hand. "Thank you. I got to go. Bye."

As the man walked toward the exit, his face turned gradually fierce. He took a secret glance at the man hiding in the bushes and nods. He walks towards the part of the venue with no people and then turned on his walkie-talkie.

"Get ready. They're coming," he said, before walking towards the black car without people noticing him.

Not later than that, a white car arrived. The crowd was escorted to go inside the church, and after then they closed the door. Finally, the bride is here.

The wedding ceremony will begin.

She was escorted towards the door. She is beautiful with her white tube gown, pearl necklace, and earrings. Bun brown hair with light make up. She doesn't need any make up though; her bare face is enough to turn a man's head.

The man notices how the bride looks so beautiful. She is like a goddess. This is the first time he stared at a woman for too long. He can't her eyes off her as if his world zooms in the bride's face to his vision. Everything around her became blurry, and his eyes only focus on her beauty.

Her hands are shaking, she breathes using her mouth, and her chest moves heavy; nervousness envelops her system. She forced a smile and enters the door.

The man was brought back to his senses; he stared at the bride for too long and did not notice that the bride was already inside. He put on his bonnet after changing his clothes.

He cocked his gun. "Let's move," he ordered.

Men with bonnets started to move like a sneaking ninjas.

They are going to kidnap the bride.

The bride is slowly walking down the aisle together with his father, who definitely she took upon her beauty. She looked at the crowd wearing their smile and teary eyes; shouting for congratulations as she, as a Scott is now turning into Armenez.

This wedding isn't occurring because of a family business matter. It is between the love and affection of the two couples who were in love for years. And now, they are happily turning their dreams of becoming one, oath in front of the church witnessed by many people who admire them.

Everything was perfect, not until...

As the bride reached her groom who's now teary-eyed, a flashing bomb tremble outside the church; then, a group of men wearing their bonnets enters with their guns pointing at the crowds.

Panic and chaos win as they started firing their guns at the ceiling. The goal was to capture the bride and run away.

Two men grab the bride away from the groom.

"DON'T TOUCH HER!!" One man with a bonnet grip the bride's neck and pointed a sharp knife. "STAY AWAY FROM HER! LEAVE HER ALONE!—ARGH!!"

"LEAVE MY DAUGHTER AWAY!!"

Men with bonnets punch and kick the groom's tummy, together with punching the bride's father.

"NO!" the bride shouted with a loud cry. The bride struggles with the men's grip on her arms. "Get off me!"

But, one man smack her neck using the gun he was holding; though he was a bit amused with her fragile neck for a bit. The bride passed out and carried her like a sack of rice.