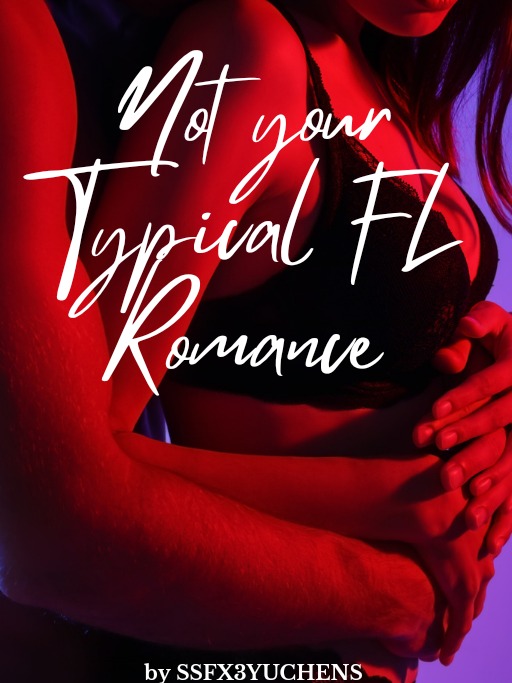 Not Your Typical FL Romance

Devastated by her childhood crush Jake's betrayal, a twist of fate leads Myra into the arms of heir Hatta Baderan (Hart), who lives humbly despite his wealthy background. When circumstances lead to Myra accepting Hart to move on from her unfinished love story with Jake into a blossoming relationship with Hart, Jake mysteriously reappears in her life with a promise written in blood by their respective grandparents: the secret of their betrothal. As a stock crash leaves Myra's father in debt resulting in him paralysed in a stroke, Myra finds herself in charge of her father's numerous debts and failing businesses, but who is the destined prince of her love story?

No matter what, she wouldn’t go back to that party, she decided. Be strong, Myra, she told herself, compelling herself to take a few steps forward.

It was the sixth of September and marked the seventh day she was on the island of Bali. She had spent six days with Jake, the man she had fawned after since her teenage years, well, basically when she learned to like someone. Their parents had been drinking partners and old friends. Then one day, Jake went overseas for his studies, and she and her father had moved to another city 1,000 miles away.

They had reunited after five years of not seeing each other through a plan carefully carried out by her stepsister to be, Sierra. After hooking up with Jake unexpectedly, six days and seven nights of bliss turned into the worst nightmare for Myra.

One hour ago at the party that night at Hotel Top One, a woman embraced Jake amorously. He was smiling as he spoke to her, unlike how cold he was to Myra. Perhaps, she decided, she was just a toy to him. She let out a few forced laughs, casting aside the pain and emptiness in her heart. This time, she would not let go of the next chance that came her way! Forget all those stupid traditional ideals, forget what her overcontrolling father wanted of her; she would live her life her way for once!

A rumble from the sky above caused her to stop dead in her tracks. Darn, Myra thought. Was it going to rain now, when she didn’t have her umbrella with her? She had left it back at the hotel.

Minutes later, a sudden downpour caught her by surprise. She scoured the area for a sheltered spot to retreat to, but there was none in the area.

Now, how far was she from Hotel Top One? She groaned, feeling her expensive makeup washed by the rain to nothingness. Her evening dress was plastered right to her skin, weighing her down.

Moments later, a tall and slim man with dark hair manoeuvred a bright red Hyundai Sonata. The streets were dim, and the windscreen of his car was slightly foggy from the chilliness of the rain. Humming to the tune of the pop song playing on the FM radio, the drenched lady in the shower diverted his attention.

As he approached her slowly, the wipers of his car made a few strokes across the windscreen, granting him a clearer view of the lady.

Under the bright moonlight, her eyes had a distinct sparkle. He observed how she raised her hand to pat her wet hair, pouting.

Perhaps she would need a ride, he deduced, halting his car and rolling down the window, he called out to the girl.

Myra shivered in the rain. But out of the blue, a classy private-hire taxi had appeared to give her a solution out of her discomfort. This was very much unexpected. But neither had she anticipated the events of the past six days: Jake, his betrayal and now, being caught in the rain.

Being the sheltered daughter of a hotel tycoon, she detested being in this messy predicament!

After all, she had money. If money could solve her problems, they weren’t problems in the first place! She shakily stepped forward and opened the front passenger door. Now, she knew that passengers would usually take the back passenger seat when boarding private-hire taxis, but she couldn’t be bothered to wait in the cold a moment longer with the rain splashing around her.

Courteously the man turned up the temperature in the vehicle and offered her a jacket, which she grudgingly accepted. Myra did not feel comfortable taking a stranger’s help, but it seemed she had little choice now.

“Miss, where do you want to go?” the man repeated, with his eyes on her like a hawk.

She stared at him blankly, realising this taxi driver seemed quite a hunk. Despite the fact he appeared to be a bit older than her, he was fair and had a cheerful smile with decent facial features. Not bad looking for a taxi driver. The more she looked at him, the more she felt drawn in by his charm.

She wouldn’t believe in love so easily this time. Though she had just encountered betrayal only over an hour ago, she felt the loneliness in her heart. She and Jake were over now. It wasn’t wrong for her to find consolation in someone else. Furthermore, she and Jake were never an official couple.

“I don’t know where I want to go,” she uttered. “Just drive as you like. I have money!”

The man looked at her with a confused look in his eyes. What did money have to do with this?

“I mean, I can afford to pay whatever amount as you charge!” she declared feistily. “Now, drive!”

The driver chuckled. Aha, so she assumed he was a private-hire driver. But the last he wanted to do was infuriate this ‘customer’ of his, so he drove onwards as instructed.

She had long, straight hair that ended with curls at their ends. Just as he had noticed earlier, her large round eyes sparkled fascinatingly. To add to her attractive face, she was endowed with a curvy figure which was deeply enhanced by the tight black dress clinging to her petite frame.

Myra stared at the access card lying flat on the car dashboard.

“Hatta Baderan,” she mispronounced his name with much hardship. He laughed again.

“You may call me Hart,” he said warmly, smiling endearingly. Myra scrutinised him more carefully this time. She knew in some countries that people worked as drivers or other occupations to secure an income to support their families but were willing to go beyond their boundaries to perform a bit more… immodest activities. But what harm was it if she wanted to sin for once?

She contemplated asking him if he had a wife or a girlfriend. But then, she realised, those in such a ‘profession’ wouldn’t be telling the truth, would they?

Still, she found it most awkward to open her mouth even to ask him to accompany her for the night.

Hart circled the city with his vehicle, finally making a turn and stopped at the side of the road. Suddenly, he inched close to Myra, impaling her with his hot-blooded stare.

“Miss, we can’t be circling the entire city the whole night,” he expressed, tapping his fingers on the dashboard. “Where do you stay? From your accent, you are not from here, am I right?”

He seemed a bit audacious for a driver, she thought. But she found him sexy this way, especially how he hummed to the song on the radio and tapped his fingers.

“Bring me to a place where I can partake in the greatest of pleasures,” she stated confidently. She had made up her mind. No matter what happened in the future, she would not allow herselff to be shackled by the stupid puppy love feelings she possessed for Jake. She would make it clear that without him, she could be even happier!

Make him regret it; a devilish voice sounded inside her. As she looked around her, she realised how charming and striking the driver was, and in no way was he inferior to Jake in terms of appearance! She decided that after tonight, she would move on entirely from her idiotic feelings for the jerk, and he would never see her again!

“The greatest of pleasures?” Hart smiled, moving closer and increasing the intimacy between them. Gazing into Myra’s eyes, he whispered, “Are you looking for something more?”

Her heart skipped a beat. How could this stranger be so seductive that even all the men she had seen paled in comparison?

She thought of the unfinished glass of red wine that she had left behind because of her dismay at the sight of Jake and the unknown woman linking hands. She had departed the hotel so abruptly, leaving her friends calling her so unexpectedly. In her frustration, she had dumped her cellphone and walked away. She didn’t want Sierra or their two friends to see her in such an emotional state.

“Yeah. Drinks.” She didn’t know what to say anymore. She bargained with her innocent eyes, “Drink until we get drunk?”

He ran his fingers through his spiky hair. She liked how trendy his hairstyle was, feeling tempted to pull at it. The woman he had picked up had seemed such a catch, despite her younger age. At first sight, he had perceived her to be as innocent as a lamb, but now, he was beginning to see a more foxy side of her.

By now, he was convinced she was Milla in a different form. The similarity between their stares and actions was uncanny. If he was right, she owned the same personality as Milla: innocent on the outside but sexy as a kitten on the inside.

“Try me. Among my friends, I have a high alcohol tolerance. I always win the drinking games in uni.”

“Oh? Is that a challenge?” Hart conquered Myra with a dominant stare. “And what will you do if you lose?”

But before she could say another word, the vehicle zoomed through the empty streets, heading to an unknown destination. The impact sent her falling back into her seat, wondering what had got into him that had invoked such an urge in him.