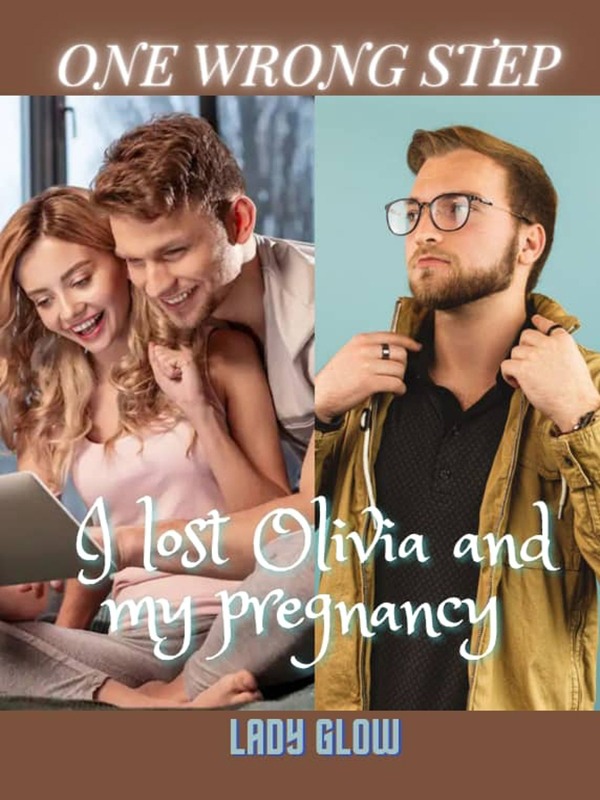 One Wrong Step, I Lost Olivia. The CEO's Lament

His first love slipped off his hand and got into the hand of his brother. She was once his lover but now, his only brother's wife. It is a known fact that 'when you walk with one without a destination, you will never get to yours'. Louis and Olivia were lovers for years. He proposed marriage to her, she accepted and gave her virginity to him. When he discovered that she was pregnant, he became distraught and ended the relationship. That act became the beginning of a very long story of regret for Louis and accomplishment for Olivia because she met someone better. Denise, Louis's cousin who was not aware of their relationship ran into her when she was at the bleak of death, saved her life and gave her shelter after he realized that she had a miscarriage. Denise and Olivia fell in love and got married after a month. She conceived immediately and when she delivered a set of twins, Louis came up to claim the children. That almost tore the family apart. Arthur, Louis father and Denise uncle a widower of thirteen years fell in love with Nichole, Denise mother a widow. Their marriage strengthened the bond between the two families, but it brought a lot of hatred from the members of the Bailey's family, who had eyes on Nichole and wished to marry her. The female members of the society who had eyes on Arthur and wished he would be theirs also unleashed their attack on them. This led to a secret plan to eliminate him and have Nichole by his cousin, Mr. Stephen Bailey. Louis refused to love again. He opted for a surgery of memory erasure, which failed. Cassandra, who loved him unconditionally, accepted to marry him but conceived for him through the IVF because he would not sleep with her. She named the child Olivia to make him happy, but he was not. When she got tired of the unbalanced relationship, she opted for a divorce. After she moved out of his life and house with their only daughter, he realized that his life was empty without them. He quickly asked for a reconciliation and they lived happily together.

It was a Friday night in the city of Sevenoaks, Louis, and Olivia drove in from a cinema show. The city which was about eighty-two kilometers from Kent a country in Europe was in a joyous mood as everyone was taking advantage of the weekend to dine and wine.

Olivia was casually dressed in a blue colored jean and a chiffon top which flattered her figures. Louis got off the car, walked to the passenger's door, and opened the car door for her.

She appreciated as she got off the vehicle, casting an affectionate look at Louis, who shut the car door and replied.

“It is my pleasure, my queen.”

He said as he crossed his left hand around her waist while they walked into his two bed semi-detached apartment, and he advised.

“Make yourself comfortable. I will be back.”

Now, Louis walked into the room and changed into a simple wear before he walked back to the parlor, sat on the couch beside Olivia. Meanwhile, she was setting out to put on the television, and he engaged her in a discussion. The janitor who saw them drove in had brought in Olivia's mini suitcase, which contained the few wears she would use for the weekend.

“Olivia, you mean the world to me, and I wonder what life would have been without you.”

Olivia dropped the remote control and gave him a love look. Then, he smiled and continued.

“Thank you for accepting to spend the weekend with me.”

Now, Olivia, who had succeeded in putting on the television, confirmed.

“Louis, dear, you also mean so much to me. I would have loved to always be with you, but for my parents…”

Louis cut in and informed her.

She stretched out her right hand to him, and he held it before they walked to the bedroom.

They got into the lavishly furnished bathroom, which had the same touch of royalty, just like the parlor. When they settled down in the hot tub, Louis watched the shy Olivia, who was in her nude, as though he was seeing her for the first time. He crawled to her side of the hot tub, where she rested her head and gave her a warm kiss.

Olivia responded without looking into his eyes.

He took the task of giving her a massage and a warm bath. Subsequently, he began to take his bath while Olivia observed him, especially his manhood. Her comment after some seconds of silence came as a bolt from the blue.

“Louis, you are very well-endowed.”

Now, Louis was wowed. She was not good at talking dirty, and the comment must have come from a deep thought. Louis stopped suddenly and observed her face for some time, and he noticed that she was turned on already, as her nipples were hard before he asked.

She nodded in the affirmative, and Louis was encouraged. That was the first time she was making such a remark about him. He loved it and would love to encourage her.

“I'm happy you love it. You know it is all yours.”

She smiled and looked away without saying a word. Louis rounded off, cleaned up, got off the hot tub, and carried her to the bedroom. After he carefully placed her on the bed, he promised.

“I will make tonight a memorable one for us.”

Just as he promised, it was a memorable night. It would have remained in her memory for a long time if Louis had considered her plea. Then, Olivia broke the news of her pregnancy to him.

He pulled her closer and fondled her naked and petite body. Then, Olivia continued.

“You see, since the last time I spent the weekend with you, that was about two months ago, I have not been myself.”

The bewildered Louis fixed his gaze on her and asked worriedly.

“Why. What had been bothering you?”

“I had been feeling ill, and my mother wanted to refer me to see our family doctor, but I stopped her.”

Louis, who was curious, inquired.

Olivia sat up and rested her head on the headrest of the bed and explained.

“I stopped her because I was scared. So, I decided to see another doctor on my own.”

“And what did your doctor say.”

Olivia looked at him anxiously before she blurted.

“Honey, I’m pregnant. I feel we should see my parents at once for the marriage process before the pregnancy becomes obvious.”

“Tell me you are joking.”

Olivia looked straight into his eyes and declared.

Louis screamed as he got off the bed and walked to the wall. He faced the wall for a moment while she watched him in trepidation before he spoke up.

“Olivia, how can you be so careless? Are you a kid? You mean, a graduate like you cannot take care of herself?”

Olivia got down from the bed too, walked up to him, and placed her hand on his shoulder and opined with a husky voice.

“Honey, I thought you will receive the news with joy. You told me I’m the only woman in your life and besides, you have proposed to me. Why all these?”

Louis took a deep breath, calmed down and cupped her face with his two hands and admitted.

“Yes, you are the only woman and I love you so much. It is just that I am not prepared for marriage now.”

Olivia furrowed her brow and asked.

“Why did you propose marriage to me when you are not prepared? You are doing well in business, you are twenty-four, and you are the only son of your parents. Now, I’m out of school. So, what is stopping us from getting married, as you proposed to me?”

Now, Olivia was already tearing up while she talked. Louis released her and gave her a stern look, not minding the tears dripping from her eyes, before he blurted.

“I suggest you abort it, Olivia.”

Olivia, who was yet to recover from his excuses that held no water, flared up and yelled.

“What! Abortion? Did you hear yourself, Louis? Can you think of such a thing?”

Louis walked to the wardrobe, and dressed up. Then, he brought out a pack of cigarettes, pulled out a stick and lit it up with the lighter on the reading table. Afterwards, he held it between his index and middle fingers. Olivia, who knew that he smoked only when he was angry, stood and watched him. Then, he inhaled and removed the cigarette before he repeated himself.

“Louis, is this coming from you? Don’t you know the risk involved and besides, it is a crime against humanity? You don’t even know what the child will be in the future.”

Now, Louis sat on the bed smoking his cigarette nonchalantly, Olivia went on her knees, tears rolling down her cheeks and pleaded.

“Please, honey, reconsider your stand. Consider our baby. What will my parents say about me?"

Louis took a quick puff at his cigarette, became furious and announced.

“Olivia, I'm still young. I'm not ready to marry now. This is my stand; abortion and the relationship continues or leave my house for good.”

He attempted to walk out of the room, but Olivia cried out and attempted to stop him. He eventually walked out of the bedroom, leaving Olivia, who sobbed unrestrained. After ten minutes of weeping, she dressed up and picked her stuff. Then, she walked to the parlor and met Louis watching the television, unperturbed. She cast a last look at him and announced.

She thought that would make him change his mind, but he was resolute and declared.

She looked at the time, it was 10 pm and then looked at Louis, who was not planning to give her a ride and she left his house at Oak Avenue by herself after she ordered for a cab.