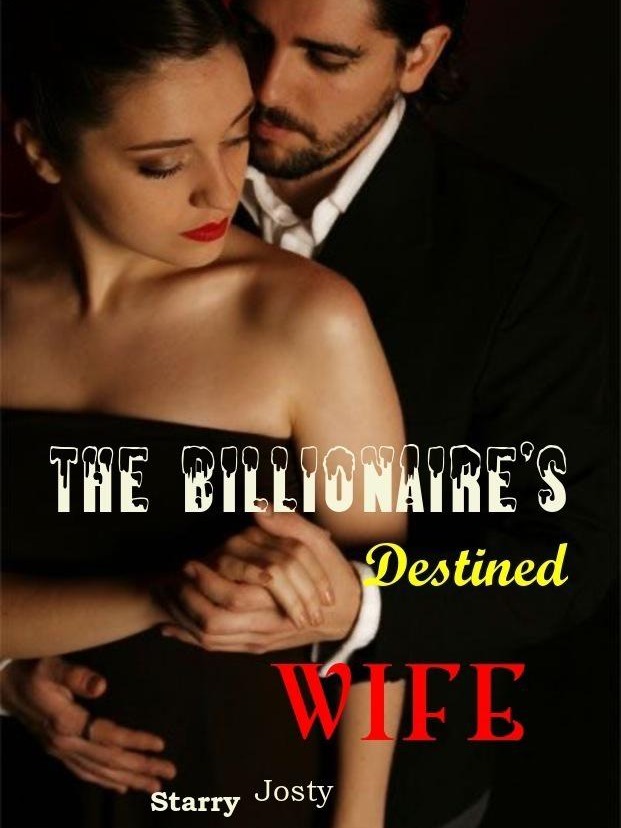 "Don't forget Alison, you're the woman I would love to be with my entire life .I started blankly at his face,a thought buzzed through my mind ."Why should I waste my time and fall in love with him ? I still don't trust this guy with his calmness and everything.. He might be a play boy ! Play boy???a prostitute girl forced him to sex and later came for revenge. The billionaire felled for Alison the first day he saw her ...he was so addicted to her and wanted a way to propose to her..she tried but letting Alison's best friend help him out .. Find out from the story and see if Alison can fall into the billionaire's Love trap..

ALISON'S POV.
I was glad when the time came for me to go back to campus. The day had begun with a clouded sky .As I set out about midmorning, the sky began to show signs of an approaching thunderstorm .It broke up the town just as I reached the campus and entered the passage leading to the hostel .I rushed in ,barely escaping the downpour. I was received into the warmth of the room.As on the previous attendance to class, I had a lot of assignments do before school resumes but none of them was done because of how busy I was in the house.

Huh!I gasped for breathe ,stood in the room and surveyed the sky. It was dark grey with the rain which fell as if someone up in the sky was letting down an endless sheet of curtains.

I signed the wall clock and it was getting to 11am .

"Melissa should be on campus by this time by she isn't here ",I realized that something was drawing irresistibly towards her."was it suspicion that she went to her boyfriend's place or something might happen on her way here? I sololiquized !

I kept wondering how in the world it was going to be possible for Melissa to hide something from me .

I was left in a deepened sense of mystery, both as a result of all that I had heard of her and what I myself had seen of her .I wished to stay longer and learn more but I had a lot of work to be done .

I started packing up items, swept and did everything suppose be done in the hostel.

The thunderstorm had blown itself out .The sun came out and I had to dry the napkins I used for the cleaning..

I took a bucket and headed towards the path to fetch water when I saw Melissa approaching.

"Melissa! Why are you now coming?

I was told you left early from the house to campus but I didn't see you when I came!

She kept quiet and I felt something bad in me ,

I realized that she was weeping.

"Won't you talk to me ?I retorted!

She could not bring herself to utter a word.

She threw herself heavily against me sobbing quite loudly now

"Well ,if you won't talk to me it's okay, it will all be over Melissa..

"Everything is going to be alright, " I said that to console her .

I helped her with her bags and took her to the hostel.

I served her with the breakfast I prepared and made sure she had enough rest ,i left her to fetch water and I came back to see her sitting quietly on the bed with his cheeks supported in her palms.

"There is nothing wrong Alison ! I will be fine,

"I will get back to you when you're okay, the cold air is taking me away ,I want to have a rest .

"Incase you wake up and I'm not here, it means I'm off to the shopping mall.

I walked straight to my room feeling bad about Melissa's sudden change.

~ TWO~
The cold air nipped my bare skin ,leaving goose pimples on my body as I took my bedspread to cover myself ,I slept almost 3hours but I wasn't satisfied.

It was one of those rainy seasons in my town and also no classes was held on because school just resumed ,so I decided to have a rest .

"Could it be that the weather made me feel like sleeping all day ? I questioned myself and signed on wall clock."

"It's getting to 4pm ",I screamed and started rolling myself on the bed .

I was already done with my cleaning and washing and had to prepare a meal to be served in the evening. The previous activities done made me feel tired and I was also stressed .

With the little strength that I had ,I jumped from my bed and went to the Melissa's room but she wasn't there

I went to the kitchen and started preparing the supper. I went to serve it on our dining table and set off to the 'bangs' to braid my hair when I met Melissa on my way .

'Melissa ,what kept you so long ?I thought you went for shopping but there is nothing that shows !

'Alison , I have a good news for you,stop thinking about the shopping stuffs because you're going to love what I'm about to say.'

'I was on my way to the junction for a Bolt when a Mercedes-Benz haulted just behind where I stood,

I couldn't believe what I saw ,I marveled then!.

'The son of Mr.smith who owns the biggest shopping mall was the one who came out from the car,

Looking at how young and cute he is, I think you would love to be with him as a girlfriend"
"Melissa !so this is a good news?I guess you're now okay!
'Alison stop acting like a kid', be a woman! .

"Do you know something? He's in this institution and also a first year student offering political science ", I even wonder why he loved to choose this university!
"It's good though, but with the levels and how rich his Dad is I don't think an arrogant son of a rich man will prefer this noble institution as we call it "

"So because of him you didn't go for the shopping right ?"you're not Serious in life"."why are you saying that Alison?

"You're asking me or telling me? "Don't be deceived by these guys,be vigilant and stop being a fan of these rich guys please".