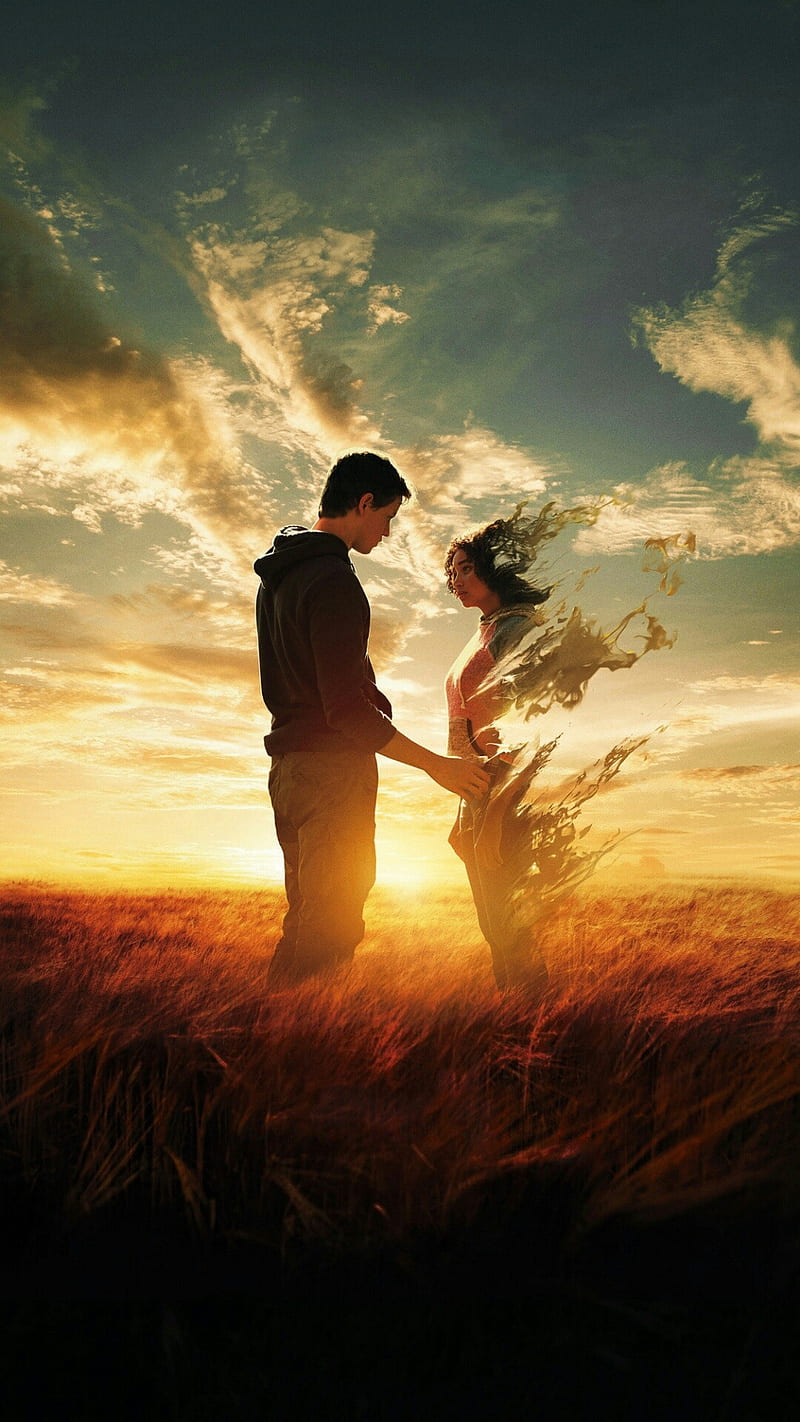 The One that got Away

Brielle is a strong and full of dreams. Brie is an orphan. Since the death of her mother, she has been the mother of her siblings. But because of his father's debt, she did not expect to be the one to pay it. She married a mysterious man she has only just met. Unbeknownst to her, he was also the owner of the coffee shop where she worked. After a long time together as a couple. Gradually Brie fell in love with Lanche which made her happy and reach her dreams.

Brielle was walking quietly on the side of the road; she didn't think she would run out of money that instant. She is a college student; she just got a scholarship to study and fulfill her dreams.
She is also working when she is not in school or when her schedule in school is not that tight. She just got paid this day but because her classmate asked payment on her debt, so she needs to budget the remaining two thousand within 15 days.
Her mother died already, while her father is a contractual construction worker and so rarely to have a job. So, her family is expecting high from her. She has two siblings who are in high school and elementary. Because of the amount of debt they owe, they must save a lot. Since the school year has just begun and it will take time before she can graduate.
She didn't realize that she was close to their compound, she walked home for a few hours just to save money.
"Brie!" her siblings greeted him warmly before embracing her.
"Brie is good and you're home!" her youngest sibling greeted her warmly.
"I'm sorry, I just walked home," she said and looked at her siblings again.
"Brie, where’s the food? I'm already hungry," one of her siblings asked sadly.
"Nicole, what are you! Our sister just came home!" the older one said to the youngest.
She can’t help but to feel sorry for her siblings and to herself.

"Just stay here, alright? I'll just get you some food,” she said to her siblings. Their faces seemed to light up at what she said.
"Go inside first, wait for me," she said before she walked away.
When she arrived at the market, she needs to budget the 50-peso bill for their food today.
"And please, it's only half a kilo," she said to the rice seller.
The seller got what she wanted before giving it to her. "Twenty-five pesos," the vendor said. He gave a hundred pesos bill.
Next, she went to the dried fish store. She bought a one pack of it for 15 pesos, it's just enough. Enough until for this night. She was on her way home when she saw someone is selling a shrimp paste, she bought some for 10 pesos. She happily went home and was greeted by his brothers.
"Wow! Thank you, Brie!”
She smiled as she looked at her siblings who are happy because they have food to eat now.
"CARDO! CARDO! GET OUT OF THERE!" She turned around when someone called his dad.
"CARDO! I'LL KILL YOU!" She can’t help but be intimidated by the attitude of a drunken man with a knife.
The man was stopping by their neighbors.

"Where’s dad?" she asked her siblings. But they only answered with a bitter smile.
"He's in the backyard. He's drunk ..."
She took a deep breath before he went to the back of their house. She saw her father sitting in front of the chair while holding a cigarette and a bottle of wine.
"Dad, you bought liquor the money I gave you again," she said while looking at her father.
"WHAT ARE YOU DOING? WAIT! ARE YOU CURSING ME, CHILD ?!" he shouted and stood up.
"Dad, it’s not like that. My point is, instead of buying alcohol, just buy food," she said to her father which made it more anger.
“YOU'RE A STUPID CHILD! YOU JUST WORKED A LITTLE AND YOU THINK YOU ARE FEEDING ME ALREADY?!" Her father stood up and pointed her with its finger.
"IF YOU DON'T WANT THIS, GET OUT OF THIS HOUSE! DAMN IT!" her father shouted more.
She could do nothing but to keep quiet. He can't leave this house because her siblings are definitely going miserable.
"B-Brie ..." her siblings hugged her to calm her down.
After they ate, she quickly got dressed to enter the milk tea shop. The owner will surely get mad at her because they will be having some guests. As usual, she walked to the milktea shop again. Because she didn't want to spend the money she had saved for the next few days.
She was already in the middle of her way when a car suddenly turned in front of her causing her to stop. She thoughts he was going to be hit by that car.
The owner of that car got out and checked its car before looking at her.
"I-I'm okay, hehehe," she said shyly when he saw the man in a tuxedo. She couldn't help but stare at it.
"I didn't ask you, I checked my car, not you," the cold man response before he got inside the car.
She was stunned as she watched the ca moving away from her.
"ARGH! SNOB! DO YOU THINK THAT YOU ARE HANDSOME! HMP!" she shouted angrily.
"Hey, bessy!" Someone grabbed her arm and looked at her.
"Besh, who are you talking to?" her friend asked her.
"That handsome jerk!" she shouted annoyingly as she looked badly at the car that is too far away now.
"Yieee! A jerk but handsome? Exceptional, aren’t you?" it teased her.
"Duh! You’re disgusting!" she said and glared at her friend.
They walked to the milk tea shop. This is her friend at the milk tea shop. She is also a cashier and a college student at the same school.
She couldn't help but think of the man earlier.

"Hey, besh! Ma'am called you! You're thinking about that mysterious guy again!" it says.
She returned to reality when she looked at the manager of their shop who was coming. "Brie, go there first. I ordered Kyla to buy a straw." The manager says.
She quickly complied. She served milk tea shakes to the tables. But she was surprised at the last cup.
'VIP Claveria'
She did not know what to feel. Nervousness is leading because the cups she was holding are for their VIP guest. As she approached the table number 8, she couldn't help but tremble. So, she took a deep breath before approaching the table number 8.
"Good day, sir! This is your double chocolate with chocolate roll Ice cream--"
She was stunned to see the man. She did not expect to see him again and this was what their manager said was VIP.
The man just looked at her seriously as if it was waiting for what she would say next.
"A-ahh, here, sir," she said with embarrassment and slowly laid down all its orders.
She couldn't look at the man because it was looking at her seriously. As if it was observing all of her actions she would make. After she had put everything down, she slowly walked away. But before she could go far enough, she heard the man speak.
"Brielle Chandria De Villa."
She didn’t know what she would react when the man mentioned her full name. She wondered back at the man's table.
"S-Sir?" she asked in astonishment as she looked at the man.
It looked at him without emotion. Before reaching out his hand.
"S-Sir?" she asked again the man incomprehensibly.
"Keep this or I'll throw this?" it’s a cold question from the man.
She looked at her hand that is holding a name tag. Her name tag, she probably didn't realize when she was in a hurry that her name tag was dropped.
"A-ahh, sir, thank you," she said before she slowly walked backwards. She was about to leave when the man spoke again.
"Stop daydreaming while you're at work." it says reason that stopped her.
She turned around again but the man was not looking at him and it was just looking outside. She returned to the counter before turning her attention to the man. There seems to be something strange about that man you can’t figure out.
She just focused on their customers. It would be better for her to be preoccupied than to gossip about the lives of others, especially those she does not know. A few hours have pass and she did not notice those moments. She turned her gaze to table number 8 again, but the man was gone. Someone else was sitting there. She felt something as if she couldn't understand why, she didn't even ask its name.
"Hey, beshy! You've been quiet the whole hours! What happened?" her friend asked as it was looking into her eyes.
"N-Nothing," she lied. Because if she tells her the truth, it will just tease her every time the man will come.
"Really? What’s the truth, beshy? Are you thinking about the mysterious guy?" her friend teased her again. She didn't pay any attention to it and just continued walking.