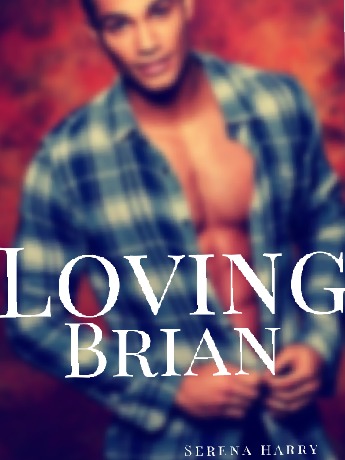 Brian is a rich photographer who has other businesses, and take in new models. He had always fallen in love with the wrong women, women only after his money, so he had always thought that he was an unlucky fellow but everything changed when he met Arin. Arin is a model that approached him to help her get into his world, with sizzling attraction between them, and other problems and stumbling blocks in their, find out what will happen in this book. It's thrilling until the last page, and a nice suspense to blow your mind at every step of the way.

Brian fixed his hair in the mirror of his bedroom. His brother Ben had told him Sheila Brown was downstairs.

Sheila was the hottest girl in school and they had been dating for seven months now, and it was beginning to get hot and heavy between them

He liked her a lot but his parents didn't, especially his mother. He really didn't know why but it sure wasn't because she was from a poor family.

Although they weren't in the same social circle, and her parent are okay. It was nothing compared to his parents.

His father was a rock star, and own a lot of recording studios scattered across the country, while his mother own a clothing line.

He and his siblings stand a chance to inherit billions.

Brian was a third generation rich kid and life was good with lots of girls throwing themselves at him, but for his money of course.

Sheila, she was different. She liked him for him.

This had been his longest relationship, he had started thinking she was the one. If they were still together come graduation, then he'd propose to her after college.

"She's a gold digger" his mother would always say. There was something she saw, according to her.

Brian headed downstairs to meet Sheila. He was reaching the bottom of the stairs when he heard his mother talking to Sheila in the living room.

He paused and listened, he was curious to know what they were talking about. He could see them in the mirror that was on one wall against the stairs.

Sheila and his mother were seated on the couch, and he could see them closely. But something was wrong with the picture.

For some reason, his mother was holding her cheque book and a pen, he watched as she wrote out the cheque and pointed it at Sheila, whose eyes were shining over it. "There you go, ten thousand dollars. Do we have a deal?” his mom asked. “All you have to do is stop dating my son."

He knew what his mother was trying to do. She was testing her, but to Sheila, she was paying her off, and Brian was curious to see if she would collect it, or not, but deep down, he could tell what was going to happen.

She collected the money? It shouldn't have to come as a surprise to him, but it did, and it kicked him hard.

But how could she dump him for ten thousand dollars? He could have sworn that she liked him.

Brian felt his chest constricted, and he slipped slowly to the ground.

He watched as his mother and Sheila stood up, and went to the door.

Mrs. Golden was shutting the door when she saw Brian sitting at the bottom of the stairs, with his back against the wall and a wounded expression on his face. She knew he heard them talking, and what had happened with Sheila

His mother frowned and walked toward him. "Brian honey, I know it hurts that she took the money but she just wasn't right for you. It's better to find out now."

She made a move to hold him but he stood up. "Why would you do that, Mom?" He asked with anger.

"I'm only looking out for you." She said.

One thing was for sure, his mother was right. Apparently, she wasn't right for him. She was just like the others.

He slammed the door with force and sat down on the floor against his desk. He was angry, hurt, and most of all, he was disappointed.