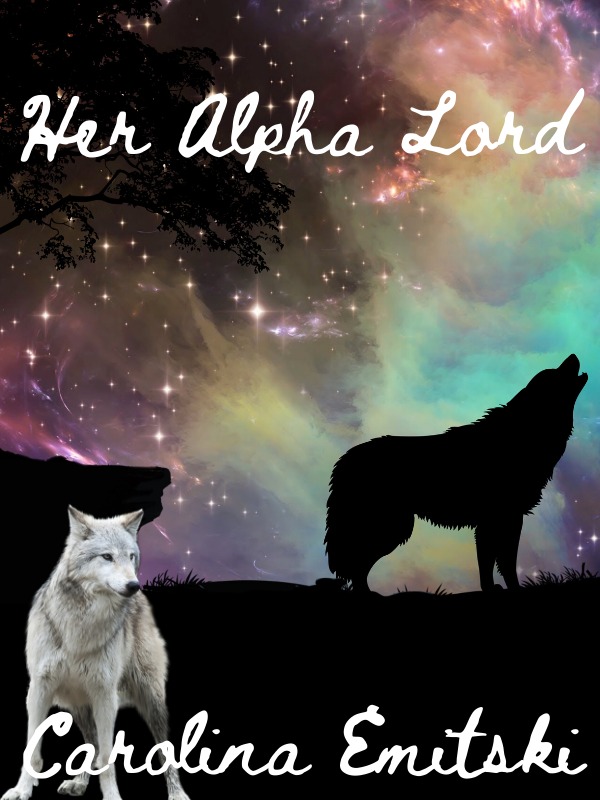 For the summary, I'm including an insert from the story to give a hint to what the story is about. I hope you like it. I'm excited to share my shifter romance with you! ~ A scent caught her attention and she turned towards it, running barefoot over the sticks and stones of the woods’ floor. She leapt over a fallen tree and into another pack’s territory. She quickly turned around to face the direction she had come from. She knew that the pack would soon find her, but she also knew that they would help her fight the hunters. No wolf pack liked this sort of human. Kylie heard the pounding of paws heading towards her. She sighed, her shoulders relaxing. They didn’t know it yet, but they would be helping her today. Then she heard the humans getting closer. In a minute, both groups would reach her and she had to be ready when they arrived. She crouched down, ready to attack the humans, when she was suddenly surrounded by wolves in different shapes and colors. Kylie blinked in shock. They got here quicker than she expected. ~

Kylie ran through the woods, her breath coming out in pants. She didn’t dare shift because of the men behind her. She couldn’t believe it! Her family, her pack, was gone! She decided to glance over her shoulder and darted to the side just as one of the men raised a rifle and shot. That was close! Kylie couldn’t even yell anymore. She had used up her voice earlier when she had stumbled upon the horrible sight before the pack house.

She had been the only one that wasn’t killed, and that was only because she had been doing a solo hunt to prove to her father that she could do it alone. When she made it back to the center of the pack camp, she had seen the destruction. Every single wolf that had been in the camp had been skinned in wolf form. Her parents and little sister were surrounded by the other pack members who had obviously tried to protect them. There were shell casings all over the ground.

A scent caught her attention and she turned towards it, running barefoot over the sticks and stones of the woods’ floor. She leapt over a fallen tree and into another pack’s territory. She quickly turned around to face the direction she had come from. She knew that the pack would soon find her, but she also knew that they would help her fight the hunters. No wolf pack liked this sort of human.

Kylie heard the pounding of paws heading towards her. She sighed, her shoulders relaxing. They didn’t know it yet, but they would be helping her today. Then she heard the humans getting closer. In a minute, both groups would reach her and she had to be ready when they arrived. She crouched down, ready to attack the humans, when she was suddenly surrounded by wolves in different shapes and colors. Kylie blinked in shock. They got here quicker than she expected.

“Who are you,” asked a strong and deep voice behind her.

She didn’t turn to look at him. She kept her eyes above the wolves in front of her, waiting for the humans to arrive. “My name is Kylie. My pack was just killed by the humans that are about to come over the fallen tree.”

“What?” His voice cut off and a huge black wolf was suddenly beside her as the first human climbed over the tree. The rest of the wolves turned and stood on either side of her and the black wolf. They were ready to fight.

Kylie stood there, fearing what would happen next. She couldn’t help but worry that she was getting another pack killed. As the fighting broke out, Kylie was guarded by two wolves that stayed behind. She tried to move forward to shift, but the two wolves with her gave a warning to not move. She sighed in exasperation. Why were guys always the ones to fight and leave the women behind? It happened in her pack too, until this last attack.

It didn’t take long for the black wolf and his companions to take out the hunters. One was left alive to answer questions, but the others were dead. “Why did you kill her pack?” The black wolf had shifted back to a human form and Kylie turned her head away.

The man gulped in fear. “They were a pack of special wolves. There is a prophecy about a wolf that will lead the world to the end of the hunters.” He licked his lips. “We couldn’t let that happen. The world needs us.”

“The world does not need hunters like you,” Kylie said, stepping forward to stand beside the man that was once a wolf. Without looking at him, because her pack wasn’t open to letting other packs see them naked. It was something that stuck to her even now. “The world needs balance, and you want total wolf annihilation.”

“Well, of course.” The human looked up at her with hatred and disgust. “You are all freaks of nature.”

Kylie started forward about to shift to kill him, but a hand landed on her shoulder. Turning her head to look, she saw a handsome face. Her face flushed slightly at his closeness. “What?”

The man beside her glanced over to the wolf closest to the human. The wolf nodded and lunged at the hunter, tearing into the man’s throat. The man looked at Kylie and nodded. “Follow us. We’ll see what needs to happen to you. You did cross into our land without our permission.”

She glared up at him. “I didn’t have a choice!” He ignored her and shifted back into his wolf form. The wolves walked slowly back to their pack house, guiding her so that she didn’t need to shift. She rolled her eyes at first, but then she started looking around at the scenery because she was curious what other packs did with their camps. She saw men and women coming out of their houses at the sight of her and her escort.

When they reached the pack house, the wolves shifted into men and got dressed in some clothes that a woman brought them. Kylie looked at the woman who was fawning over the man that spoke to Kylie earlier. Raising an eyebrow at the woman, who gave Kylie a smirk of confidence and superiority, Kylie looked back over to the man before her. “Now what?” she asked.

He smirked. “My name is Byron. I’m the Alpha of the Silver Moon Pack. That’s where you are now. We still need to discuss what to do with you.”

“I am the daughter of the late Mountain Lake Alpha.” Kylie smirked at Byron. “You have no authority over me.”

Byron looked at her in surprise, noticing that his men were giving her the same look. “Actually, Kylie, you are technically a rogue now. So I do have authority over you.”

Kylie frowned. As a rogue, she was now lesser than the omegas of the pack. He was right. She hated that. “What do you want?”

He smirked wider than before. He stepped forward to sniff at her, frowning at the scent. “It seems like I’ll have the best place for you.”

Kylie shook her head. “I don’t understand what you mean.” She saw the other wolves look at their alpha in shock, clearly communicating via their mind links. “Tell me!” She growled at the nearest wolf.

He jumped and looked between her and his alpha. “Yes, Luna.” He swallowed hard. “You are his mate and our Luna. You are his equal in all things except the major laws of our pack.”

“What?” Kylie stared in shock. A lock of red hair fell into her face.

“It means that while you are my mate, I am your Alpha Lord.” Byron looked down at her. “Felix, Sanderson, take her to the room she’ll have until the ceremony. Max, have one of the omegas find some clothes for Kylie.”

The wolf that first called Kylie ‘Luna’, either Felix or Sanderson, turned to the pack house. “Luna, please follow me.”

In the kitchen, a different conversation was going on. “What do you mean he found his mate?” shrieked a woman. She was a pretty brunet, slender and strong.

“I mean what I said,” said the cook. “He found his mate. It’s that woman he brought home.”

“The rogue?!” Her jaw dropped. “It can’t be! I am supposed to be Luna. My father promised me that I would be.”

“Well, obviously not.” The cook looked at her in disappointment. “You can’t just expect the man to choose you over his one true mate.”

“But we were meant for each other!” She stamped her foot. “We even slept together!”

“Maddie!” The cook was shocked. “You won’t ever be able to have a happy ever after with your mate now. He’ll be disappointed that he isn’t your first and only.” He shook his head. It was too late for her now.