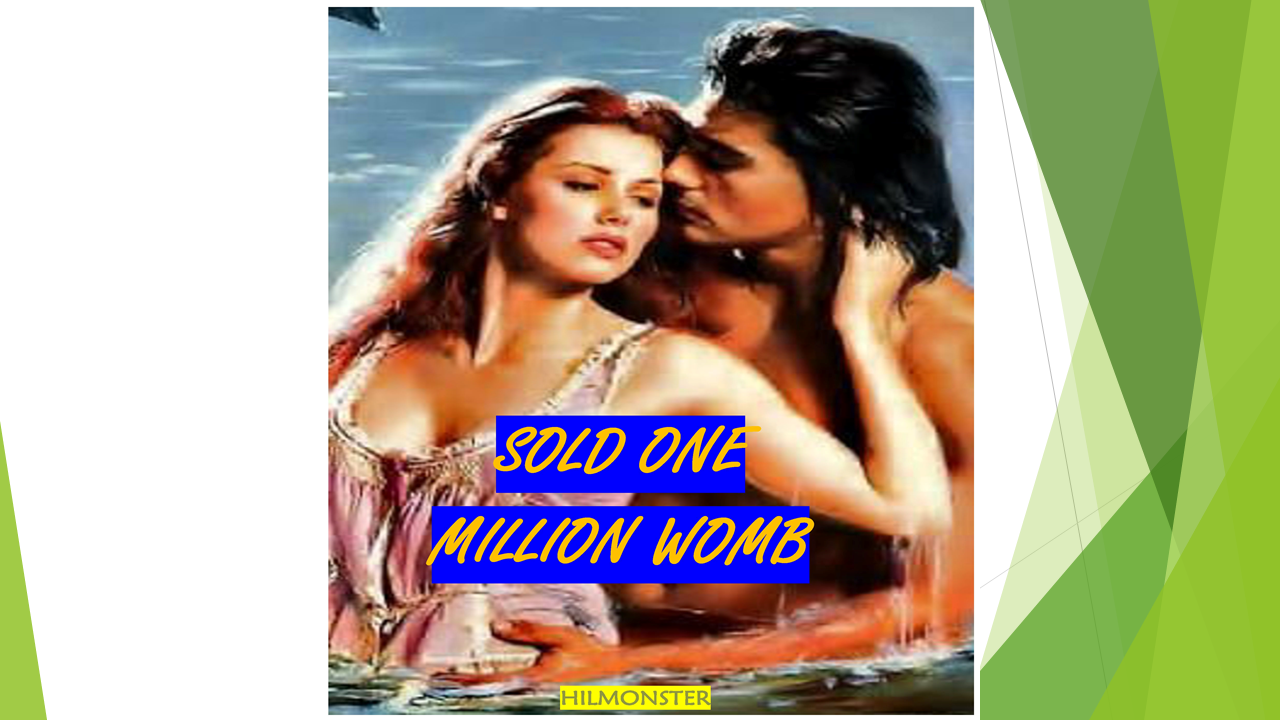 David Lucero and Dayan Ilustre-Lucero has a perfect love story. They met at Saint Louis University in Baguio City during their college days. Both of them are professional individuals. David is a certified mechanical engineer. Dayan is a certified public accountant. But their relationship will be ruined due to one tragic accident where Dayan’s uterus was damaged and she was no longer able to carry a child in her womb. Dayan was hopeless but despite this, she endured pains and has sacrificed. They won in a raffle before in able for them to preserve frozen eggs and sperm cells. Until she met Cara where she offered help worth one million in exchange Cara will carry the baby through IVF or In Vitro Fertilization. Dayan’s plan was successful but she was found out that David and Cara has a forbidden affair. Dayan did everything to save the family. She will not allow the family she has worked so hard to build to be ruined. But she discovered that Cara was pregnant and that David still wanted her to live in their house. A serious matter that Dayan couldn't handle. She left and took the son secretly. After six months, their marriage has been annulled. Dayan has accepted everything that has happened especially and she already has an avid new lover who is very kind to her. But David felt the opposite because he had the remorse of having their marriage annulled. He cannot accept that his ex-wife has a lover. When David found out that Dayan was getting married. David kidnapped Dayan on the day of her wedding. Instead, a fancy wedding happened. Warm lovemaking took place between David and Dayan who never thought that the hidden love would re-emerge despite the resentment and anger created by the four words SOLD ONE MILLION WOMB.

It was a freezing morning.

“W---What the f**ck?” whispering I said once I pressed the brake of the car I was driving. A woman crossed the road as if out of her mind.

“If you want to commit suicide.”

“Don't take anyone with you. ” I opened the car window and looked out to scold the woman.

Maybe the heat in my head of those moments was even hotter than boiling oil.

Who wouldn't be upset if you found out that your husband had an affair with another woman?

Yes! I just found out that my husband David Lucero has a relationship with his officemate.

It was a perfect love story.

These are six words that would exactly describe David and me and our relationship as a couple. We’re schoolmates at Saint Louis University in Baguio city. There we met and formed a special romance.

David is a mechanical engineer while I am a certified public accountant. We both found a good jobs in government.

So after more than five years we also got married to form our own family.

But I never thought that the perfect love story we’ve built over the years would just turn into a tragic worst love story.

When we met a car accident while we are on our way to the beach outing in La Union.

Our car has collided with a tree.

It was a miracle that David and I both survived such an accident. But I didn't think that would ever change my entire life and especially our marriage.

Because of that accident, my uterus was badly damaged. I was no longer could conceive or carry a child in my womb.

I can no longer count on my finger how many times David and I have argued about having a child.

But I could do nothing but accept the hurtful words from him.

“Use it just to bear the child in your womb.”

“So! I can shout to everybody that my wife has a benefit.” David was insulting me

“David, don't criticize me because I don't like it. There you are you know what happened. You should be happy because my life is safe and I was not taken from you.” Dayan is the shed tears.

“Maybe it's even better that you just died because you were useless as a wife,” David says full of cruelty. I felt I was like a slice of chopped meat due to the pains in my bleeding heart.

Until now those ruthless words of my husband are still fresh pricking in my mind and heart that is slowly killing my whole being.

So! here I am instead of criticizing my husband. I chose to just leave to calm my anger and resentment.

It's always like that. I felt that because I’m the one who has a disability and a big shortcoming.

I am the one who needs to understand, give and sacrifice.

I want to be able to think and find the right solution to my formidable problem.

I was noticed that my eyes is getting wet because the tears started falling.

I was moved to go back in time as I watched the woman's face.

The woman is beautiful.

She has long hair.

The complexion is fair, flawless, and smooth.

“She can.” An outrageous idea formed in my mind at those moments.

“Hey---Miss, are you alright?” I chased the woman

The woman didn't say a word to me but just looked at me as if she looked pitiful.

“I don’t know how can I find the best solution to this problem.” I would have turned my back when the woman spoke.

“Then, tell me what’s your problem might be I can give you the best solution.” I smiled in response as if the tone of voice seemed defiant.

“How will I make sure that you can give me the best solution?” the woman's combative answer. I caught a glimpse of a great opportunity that I don't think I will miss.

“Why don’t you try?” I said explicitly to the woman

I saw that draw a meaningful smile on the woman's lips.

“And you are?” I briskly introduced myself and held out my hand.

“I’m Cara Vizconde.” no hesitation answered the woman who accepted my hand. I gave my sweetest smile

“Hmmm---it’s a good sign” whispering I said to myself

"My brother had severe fractures of the spinal cord after he fell from the tree." the woman said tearfully

“He needs to undergo a major surgical operation as soon as possible so as not to rot the bone that has been dislocated.”

I had no difficulty in assessing the true attitude of the woman in front of me. I think she is telling the truth. That’s my woman instinct.

When I invited Cara to eat at a private exclusive restaurant. She did not refuse she was not ashamed of me to confess her other problem. I feel like she is also catching my will.

Cara is kind and sociable. That was her habit that I first noticed.

And because I felt the same way about her. I gave clues about my problem as well. I never failed to get her full attention. That’s the best thing I wanted to be.

“Oh--really…! How sad it was?” she was giving me sympathy

I took a piece of tissue paper and wiped the side of my eye. I also need to show my best acting skills at the moment so that Cara doesn’t have a chance to refuse me no matter what I say.

"But Dayan if you won't mind can I ask you a question. Do you have a photograph of your husband? Can I see him?” Cara said boldly.

I'll admit I was a bit surprised by Cara's question because instead, I'm the main concern in our topic. It seems she is more interested in David’s photograph.  I can't see the logic. Shouldn't she be more merciful to me? As I am the victim of cheating, right?

However, I did not disappoint Cara’s request. I took out my wallet. Our wedding photograph of David was there. I slowly reached out to Cara.

I could see how Cara's eyes twinkled. That was no different than the sunlight hitting the crystalline water.

Is it true that I can see the admiration in her eyes after seeing the photograph of my husband?

"You can't blame your husband for committing infidelity. He was so handsome. A woman will chase him. Even I, can’t resist falling in love with the way he looks.”Cara said with a huge meaningful smile.

“He looks yummy in bed,” Cara said in a soft voice

I felt insulted by what Cara said so I rebuked her.

"Yummy --- just scratch your itching pechay in the sand, not to my husband," I said as if it was crazy and I laughed at the same time.

“Well-sorry to say he's taken already and no one can take him away as he's mine already.”I laughed when I responded to Cara that I deliberately stressed and insulted the tone of my speech. Because I honestly believe that a sensible woman will not utter a word like this especially if she knows that sacred marriage is involved.

"Come on Cara, don't be too complacent because even husbands are being stolen nowadays especially if women are flirting and scattered itching woolly worm."

I noticed the sarcasm in Cara's voice as if she was giving me a warning if whatever she meant I didn't want to give a bad meaning. I thought she was just another person who cared about me.

“Cara, thank you for the piece of advice. Highly appreciated. But I will assure you that I can take care of my husband very well.” I gave an assurance to my words.

“Anyway, nice meeting you. Just give me a call. When you’re ready to discuss everything about…” I meant to cut off what to say then smiled

“Don’t worry I’m not in hurry. But remember, the time is yours.” I added before I laid a calling card on the table then I smiled and turned away.