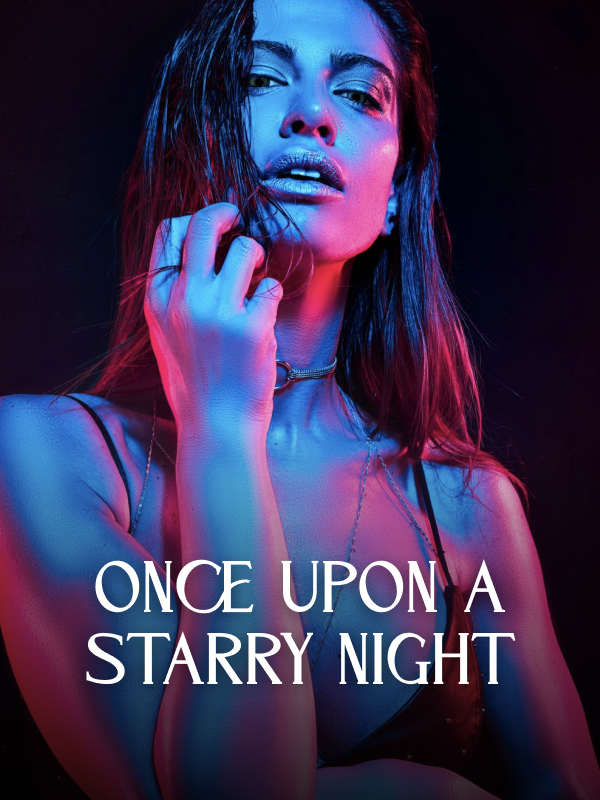 Once Upon a Starry Night

Corporate mogul, Tom Powers, decides to play The Prince and the Pauper for two weeks before Christmas. He exchanges places with Brian Bentley, who looks just like him, because he wants a chance to be an ordinary guy. But while living Brian s life and doing his job, he meets Jordan Scott, and the explosive sex they share has him forgetting who he really is. Will she forgive him when she finds out he s the owner of the company and not the line supervisor she falls in love with?

Tom came across the information quite by accident in a company newsletter and sat there staring at the picture that, if not for the different name, would have been like staring in the mirror. Brian Bentley, line foreman, had recently gotten a safety award.

Funny how you could own a business and not know anything about the people who worked there. Well, that wasn’t really the case since Tom owned a dozen companies across the country and until last week, Blackstone Tool & Die hadn’t been in his portfolio. There was no reason he should know Brian.

He turned to look out the window of his suite, but the Pittsburgh night held no appeal. He closed his eyes and tipped his head back, rubbing his hands across his face. God, he was tired. Normally he ran his empire from corporate offices in New York. If Blackstone hadn’t been so closely tied to one of his other companies he wouldn’t have stepped in when he found out it was in financial trouble. It needed more than an infusion of cash, but Tom would have to spend time determining exactly what, so he planned on staying in Pittsburgh through December.

He had never really wanted the responsibility of keeping so many different companies operating in turbulent economic times, but it had gotten dumped in his lap when his father had unexpectedly died. It wasn’t that he couldn’t do it; in fact he was very good at it. And now he couldn’t seem to shirk the growing responsibilities.

He watched it start to snow. Thousands, no, billions of huge flakes dropped past his window to become part of a landscape that all blended together. Wouldn’t it be great to just be one of the masses? Like a snowflake that wasn’t any different from the next one, unless you put it under a microscope. To be just one of the boys, drinking a beer on Friday night with friends or taking a girlfriend to a movie.

That made him think of Sarah, his current fling. He wouldn’t call her a girlfriend by any stretch of the imagination. He cringed, recalling her screeching voice when he called to tell her he wouldn’t be in town for all the holiday parties she loved to attend. He wouldn’t even continue to see her except she was a great—no, make that a super fuck. Their sex marathons were well worth the extravagant charges to his credit cards.

He should call and see if she wanted to come to Pittsburgh. His cock swelled just thinking about what she could do with her mouth. He snorted. Sex or not, there was no way Sarah would leave New York City for Pittsburgh, Pennsylvania, especially this time of year. And did he really want her here? Her tantrums had begun to wear. Perhaps this trip to check out Blackstone Tool & Die had been prophetic after all.

He stood and watched one snowflake all the way to the ground where it immediately got lost in the accumulating whiteness. He glanced over at the newsletter; Brian Bentley’s picture staring back at him as a plan formed. A totally irrational, utterly insane plan.

“Are you fucking nuts?” Brian growled as he paced to the window and back. It was the same question he’d been asking for the past two weeks so Tom ignored it, instead concentrating on the way the other man walked and his stance when he finally slowed to a stop in front of him.

He had approached Brian away from the factory so no one would see them together. After his initial shock of meeting someone who looked just like him, Brian had been intrigued by Tom’s offer, and so they had spent every spare minute together in Tom’s hotel suite. He now knew as much about Brian Bentley as he knew about himself.

“Look, you agreed to this. Are you afraid I can’t do it?” Tom asked the question, already knowing the answer. He had offered Brian far too much incentive for him to back down.

Brian glanced down and then away. “Hell, a moron can do my fucking job.”

“Sorry. You know what I mean. Line foreman at a factory is not the same as running the company, or in fact, running several companies.”

“I’ve already told you that’s not what you’ll do. You’ll be on vacation. You get to laze around my condo, have the corporate jet take you wherever you want to go, and eat at the best restaurants in New York. You don’t have to do anything.”

“How can you screw up doing nothing?” Tom asked, amused. His own life was pretty complicated, and that was why he’d decided that when he and Brian switched places, all the other man would have to do is become invisible for a few weeks.

“I’ve got your cell phone, the keys to your car, your condo and your office. What if someone recognises that I’m not you?”

“People see what they want to see. If you say you’re Tom Powers, that’s who they will think you are.” He sighed. “Besides, if anyone calls, tell them to call your secretary and make an appointment for after the holidays; that you’re not seeing anyone until then.”

“I don’t have a secretary.”

His cell rang. He looked at it, then up at Brian, wondering for the umpteenth time if he, meaning Tom, had really gone fucking nuts, as Brian seemed to think. “Answer it.”

Brian reached a tentative hand toward the phone, paused, then snatched it up. “Tom Powers.” He paused, listening, then said, “I’m on vacation until after the New Year. Call my office for an appointment then.” He flipped the phone shut.

Tom stood, handed over his wallet with cash, credit and ATM cards, and then walked out the door.