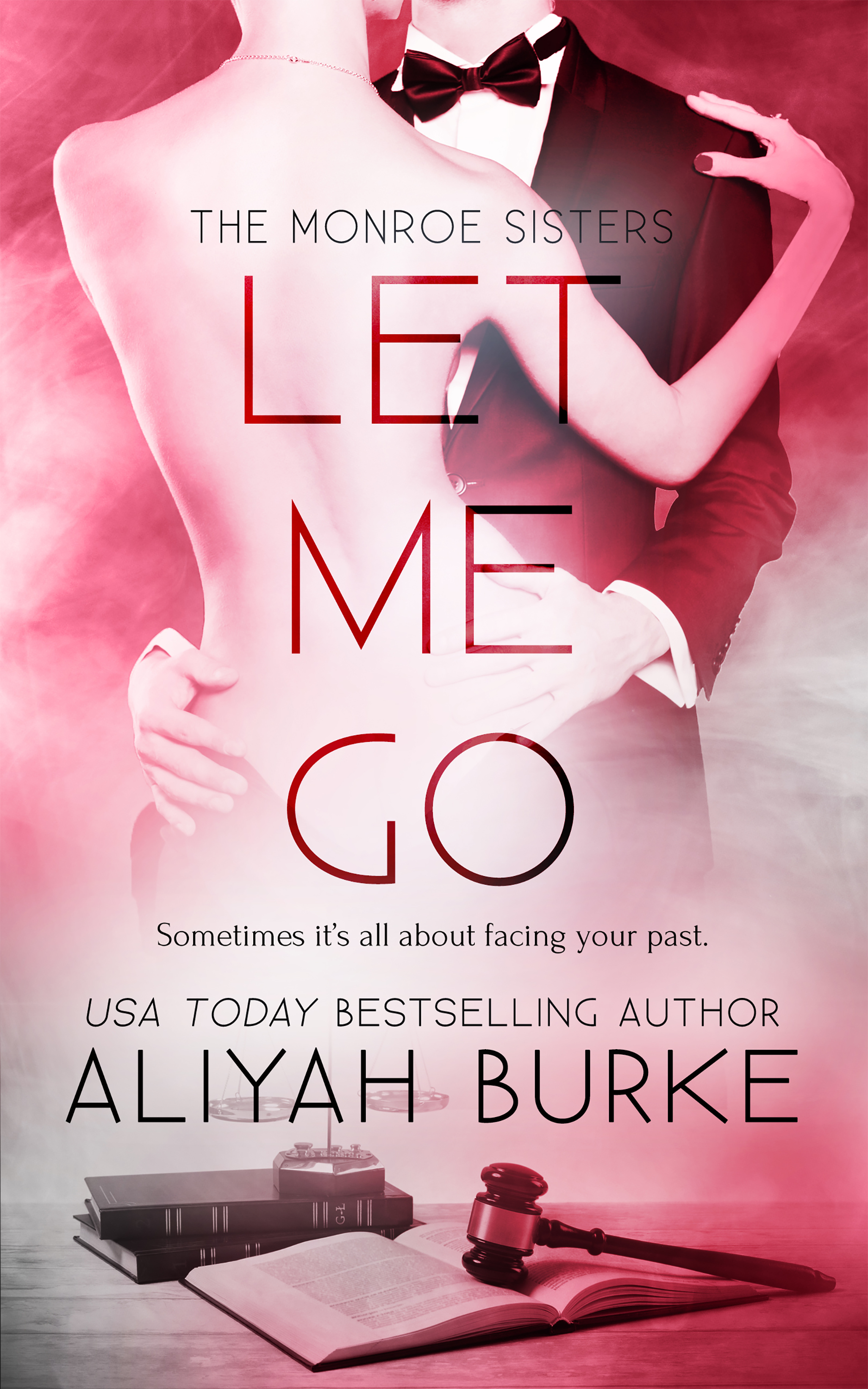 Sometimes it’s all about facing your past… Baron Andrew Coleman is tired of waiting. Five years and his wife is showing no signs of coming home. This time he comes for her. Tara Monroe is living her dream and has no time to think of men, or the husband she has but doesn’t mention, to anyone. All that changes when he shows up at her office. Pretty soon it will be an all-out war. Is she willing to give him, and them, another shot? Or should she throw in the towel and avoid dealing with the man who once stole her heart?

Tara rubbed the back of her neck and sighed. Christ, I could be here for another six hours and not feel like I’ve made any progress.

She wanted to head home and crawl into bed, but she had work to finish and now a visitor. Someone who she would be fine shooting for the pain he had inflicted on her older sister.

The knock came and she set down the gold pen. “Come on in.”

She lifted her head and gave him a smile. “You know me, Marcus. Here until the job is done.”

As she sliced her gaze to the left of the kind man, ice formed in her veins, and while the smile on her face never slipped an inch, she had no doubt the warmth in her eyes had vanished.

She and Marcus made some small talk before he left her alone in the room with Grant. Silence stretched between them and she would have been content to let it go on. However she truly longed for a hot bath, wine and bed.

“What are you doing here, Mr. Harrison?”

“Looking for your sister. She wasn’t at the hospital nor her place.”

And now that you want her, it’s pissing you off that you can’t find her.

Tara reclined in her chair, steepled her fingers and exhaled sharply with irritation. “Let me get this straight, make sure I have all the facts. You were supposed to come be with her over Christmas, yet instead of being a man about it, you ran out of the country and didn’t call her until after you’d landed in Uruguay. During which point there wasn’t really anything further for you to say, aside from how sorry you were.” She leaned forward, hands clasped on her smooth desktop, fingers laced. “What the hell makes you think I would help you find her and not have you thrown in jail?”

Can I just punch him in the face?

He drew back a slight bit, eyebrows converging and a slight concern in his expression. “Jail? For what?”

“Whatever charge I want to trump up on you.” She spread her hands over the desk. “You hurt my sister. Made her cry. I don’t like you.”

“I know what I did was wrong. May I sit?” He waited a few seconds before taking a chair, even though she never gave her agreement. “I was a pussy and I hid from my feelings. I want to explain this to her and move on.”

“You expected her to what? Just wait for you to come to your senses? In case you haven’t noticed, Doctor, my sister is a damn fine catch. It’s not like there aren’t other men who would be happy to have her in their life. Besides, she’s moved on from you.”

She had to give him credit—he didn’t flinch, not once, at her words. Perhaps she’d underestimated him.

Tara didn’t let up. “In fact, for all I know, she’s in bed with someone right now, enjoying his—”

“I get it.” The words rolled from his mouth on a growl.

She smirked, enjoying his immense discomfort. “Do you? Really? She’s not going to take you back.”

“Yes.” The single word was uttered with a sharp undertone and his expression reminded her of someone who’d swallowed something foul. “I get your point. She could be with someone else.”

She reached for her gold pen and twirled it in her fingers before pointing it in his direction. “And happy. She could be happy. Don’t forget that. That is extremely important for you to remember. Her happiness.”

“I get it.” His tone got sharper and he frowned again. “Why won’t she take me back?”

She quirked an eyebrow, unfazed by his attitude and surliness. “Wanted to make sure you understood. I don’t like you, Grant. You hurt my sister. Had her believing in you and how you were going to treat her right. She had fallen in love with you and you, what did you do? You broke her heart. Now that would be enough of a reason, but there’s more.”

His head snapped up, hope alive in his gaze. “She loves me?”

“I’m sure you think that doctor tone will get you what you want and for some it may. Trouble is, I have a sister who’s a doctor, and I’m used to the tone. Plus, I have one who teaches for a living and she is a master at that no-nonsense tone, so stuff it away, you don’t intimidate me.”

His hands clenched into fists and he took several deep breaths. “I have no desire to intimidate you. I want to know where Eva is, so I can talk to her.”

This is actually fun. Tara leaned back and watched him. “I want you to understand the only reason I’m telling you anything about her is because I saw how hurt she was when you blew her off.”

Tara snapped upright, hands landing on the desk with a loud slap. “Bullshit. You could have told her you were leaving the country well before you did, not calling once you were there. That’s blowing her off and not truly pertinent to this discussion. I’m talking to you, and if you’re smart, you will be listening.”

Grant ground his jaw but remained silent. He held up his hands then gestured for her to continue.

“She’s down in Orlando.”

“Does it matter?” Condemnation lined her tone.

Tara picked up a sheet of paper and wrote something down then slid it over the desk to him. “I hear you hurt her again and I swear I will make you pay.”

Her eyebrow jacked up and she began to rise and nail him to the seat with nothing more than a glare. “Trust me, this is no idle threat. Yes, I’m an ADA but first and foremost, I’m a sister and I hate the fact you’ve hurt my sister.”

Grant turned even though she didn’t move from her position.

“We’re fine, Marcus,” she replied. “He was just leaving.”

Snapping up the paper, he didn’t even bother looking at it, just got to his feet and shoved it into his pocket. “Thank you.”

“Thank me by doing the right thing. Leave her alone after you say whatever you have to get off your chest. Let her get on with her life.” She dropped her gaze to the papers in front of her, making it very clear that he was no longer wanted in the office.

The door closed behind them and she sighed with frustration. Reaching for the phone, she debated calling Eva to give her a heads-up on what she’d just done.

If I do that, she’ll find a way to hide from him and she needs to resolve her issues before she can allow herself to move on with her life. Tara snorted.