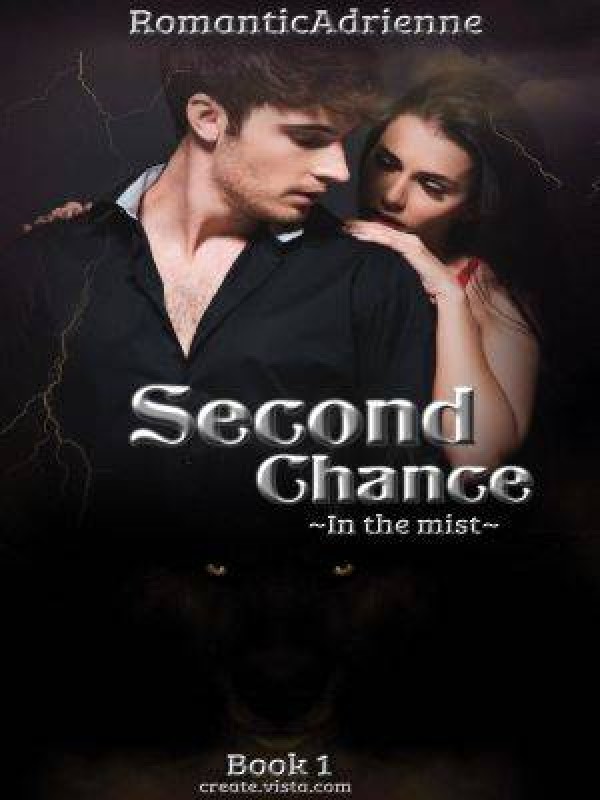 After saving her from a pack of werewolves, Dominic Stone, actor, and secret agent, steps into a dark world to find out who wanted to hurt his mate, Rebecca Holland and why? After the attack, she remains blind. Her legs have been broken, and she has no memory of that fateful night. Not even the fact that she was with Tom, her fiancé, whom the wolves had brutally slaughtered. At first, Rebecca doesn't believe that he is a famous actor. Later on, a beautiful love story is born between the two, but it is filled with obstacles and a lot of mystery.Between roles and auditions, there will be love and lots of questions. Both in Dominic's personal life and how he got turned into a bloodthirsty werewolf by his father.

I TOLD HIM TO STAY IN!

I could still feel that uneasiness inside me, even from the moment I left the TV headquarters. It was something I had never experienced before, an intense feeling like a bad thing was about to happen. But I ignored the anxiety and put it down to exhaustion. It had been a full evening. I’d just been the guest of honor on a TV show. Life as an artist was just a way to release all the tension that was building up inside me. I found it hard enough sometimes to keep him inside.?

As soon as I made another turn, the same feeling of unease from earlier swept over me again. I felt like I was sinking into the driver’s seat. What was happening to me? An unexplainable warmth washed over me and I could feel it coming out of me. Even my eyes turned red, and my fangs came out without me being able to do anything. No, you mustn’t come out. I forbid you! I screamed in my mind, maddened by a feminine presence that not only gave me no peace but also hurt me? My God, what were those feelings?

Suddenly, my breathing quickened and my senses sharpened like a murderous beast. The smell of blood entered my nostrils, my skin, my very core.

I tried to ignore it, but it physically hurt. Like someone was sticking dozens of knives into me all at once. I stopped the car on the side of the road because I couldn’t concentrate any longer.?

Desperate with pain, I got out of the car and leaned against the street railing until the smell of blood returned, this time even stronger. My God, what is this??

I didn’t have time to respond myself as I spotted close to where I was, my kind of beasts. They were attacking! But who? It was a couple. I had no business getting involved. But why did I feel this crazy connection to the woman that was assaulted??

The rage grew to a level where it was impossible for me to control it, and though I kept telling myself not to, I had no choice. One by one my bones broke, my jaw shifted, my body covered in black hair just like this fateful night when I already felt that no one would stand in my way. Rage turned me into the bloodthirsty monster I was. I watched them with thirst, hatred. There were five of them. Piece of cake!

I howled as I liked to make my presence felt. Their reddened eyes turned to me just as one of them tore at the man’s throat and grabbed the woman. I almost lost my mind with rage when I saw their damn claws at her neck. To my surprise, he didn’t sink his fangs in, instead, with full force, he broke her legs. Her desperate scream of pain echoed through the forest. The trees would be the only witnesses to the massacre I was about to make. In pain, she fainted. They messed with her. Big mistake!

I thirstily launched myself at the throat of the one who hurt her, and my fangs tore into his aorta until he let out an agonized cry. The others jumped in to help, but rage blinded me. The second one was even easier. He tried to throw himself at me. That’s when I stood up, and wrapping my arms around him, broke his spine right above my head. The cracking of his bones sounded like a pathetic plea.?

There were three more. They all jumped at once, but I wasn’t ready to surrender. Everything rose to an even more dangerous level, and I lunged at their throats one by one, tearing them apart and throwing their corpses at my feet.?

It was getting quiet. I turned to her. Pale, lying on her back, she was in terrible agony. The wolf inside me had hidden, so I could approach her even better. This woman needed help urgently.?

In her delirium, she occasionally tried to open her eyes, but she was in and out of consciousness so many times that I feared for her life.?

It was a terrible idea to try moving her, so the best thing to do was to call someone here. And who else but Declan? I took out my phone, and he answered on the first call. Maybe he was on duty. I had to do something, and fast. But I was a little nervous that Declan barely understood me.

“Oh, slow down a little, Dominic. What is wrong?” And just then I sent him the location by phone.

“Declan, come quickly to the address I just sent you. I’ve got a woman badly hurt. I hope she makes it...” I admitted to him worriedly. Declan was my only doctor friend who, when my parents died, had discovered what they were and automatically found out about me. He kept my secret, so I kept him as my friend. He was a manager and a doctor at a private clinic, so it was the perfect cover for her injuries. I couldn’t expose myself too much.?

I sincerely hoped that he would arrive soon, otherwise the suffering of this woman would intensify. This feeling of belonging, of the need to protect her, still hadn’t disappeared. On the contrary, it had become more acute, but I tried to ignore it so I could concentrate on staying focused on saving her life.?

The minutes from the time I hung up the phone until Declan got here seemed interminable. I felt trapped in my own pain. The idea that I could have taken her to the state hospital was out of the question. The doctors would have asked too many questions. And with the rage I was feeling, I couldn’t reveal myself. And I trusted Declan. His clinic was perfect. The doctors, under his supervision, didn’t ask questions.

Just as I intended to call him again, I heard the ambulance sirens. He got off, but his face changed to concern when he saw her.

“Oh my God, man! This woman is a really critical situation,” and he approached her. She stopped gasping, a sign that she must have fainted or gone into shock.

“Do something for her, save her!” I said in an imperative tone, retreating a few steps back to make room for him. Declan came closer but put his hands on his waist, looking helpless. At that moment, I snapped out of my temper. As if that woman had to live at all costs. “Don’t tell me there’s nothing you can do, or I...” but I stopped myself from saying something I would later regret. But his helplessness translated into my anger and denial that somehow, I couldn’t lose this woman.?

Declan looked at me, lost, then at her.

“Dominic, this girl is bad. Her legs are badly broken. I can’t tell if she has any other injuries...”?

“She doesn’t!” I interrupted him at once. “A pack of werewolves attacked her and another man that was with her. They killed him but didn’t touch her in any other way. I got there just as the bastards were tearing her legs off.”?

“Oh God! You were right not to move her and call me. You’re going to help me get her on the stretcher and into the ambulance now.” He gave me instructions while heading for the ambulance. “You’re lucky there’s a path here or I don’t know how I’d have gotten in. Come on, help me, we’ll get her up on three, okay? Careful...1...2...3, go!”?

Since the ambulance already had a driver, Declan sat in the back with me. He seemed to stabilize her. But I could clearly see she was in shock.

“Do you think she’ll be okay?” I asked him at one point near his clinic.

“It’s very serious, my friend. I will not lie to you...” I could see him getting anxious around her, trying to decide what he would do at the hospital. I knew I had put him through a difficult situation, but I had no choice. He will probably have some explaining to do too. I still didn’t know how his doctors would react. But it was either that or let her die. And the second option wasn’t even an alternative.?

To my surprise, as soon as we arrived, even though her condition was delicate, the wolf in me quieted down. Declan kept urging me to do it so as not to raise suspicions. And not because I was what I was, but to avoid any of the doctors calling the police. So, they wouldn’t think that I actually assaulted her or anything. He also asked me to let him handle the doctors.?

We rushed through the doors all the way to the operating room, where I could not gain access.

“That’s it, my friend! She’s in excellent hands, don’t worry!” Easy for him to say. I could still see through a small window everything that was going on inside. I lost my gaze on the woman’s face. She was nearly lifeless, lying on that table with all those doctors around her. It was a moment when my heart leapt in terror…

“We’re losing her, guys! Defibrillator, quick!” That was when I felt so powerless. She was giving up fighting for her life, but these doctors seemed to have the last word. I was afraid, afraid of losing her before I knew her. She had to fight.?

That anxiety came back, as if she wasn’t supposed to die. She was somehow supposed to be part of my life and me part of hers.?

I was staring hard through the window at the monitor above her, hoping, praying for a sign of life. Nothing... Come on, angel! I kept saying to myself.?

The doctors seemed to not want to give up, and I was sure she didn’t either. After what seemed like an eternity, the screen started beeping. Her heart started pounding again. I felt so relieved and surprised when I suddenly realized I had tears in my eyes. They were tears of happiness because life had triumphed. This woman had embraced life, and I was sure she wanted to live.