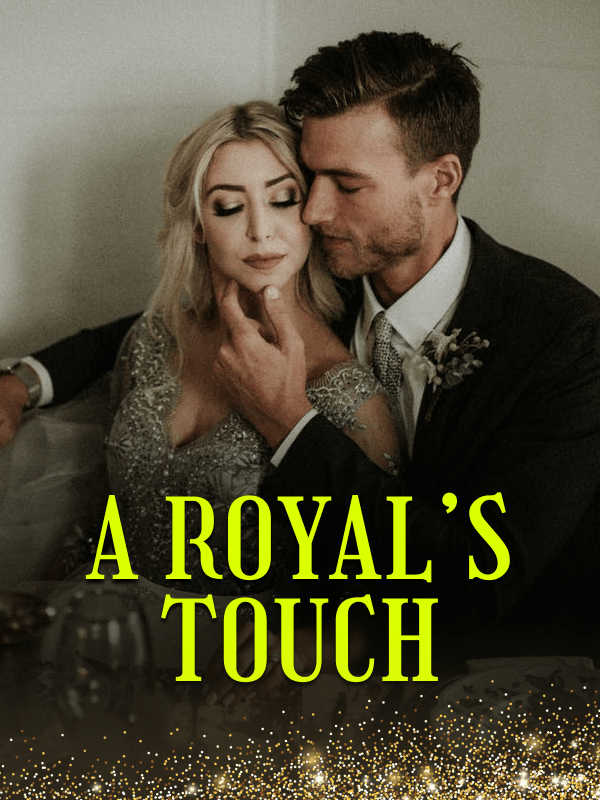 Two worlds, two hearts, one desire. For half-fey, half-Royal vampire Ava Gordano, keeping everyone at arm’s length has been the only way to protect them. With a vengeful enemy hunting her down, she can’t afford to bring anyone into her world, so she is none too pleased when she awakens in a cell along with Marc, a human who stirs feelings she both fears and longs for. Marc has no idea what he’s getting himself into, but one thing’s for certain—Ava is in danger. While he pushes her to reunite with her estranged family, the desire between them is far too hot and the emotions binding them far too great for either of them to ignore. They may come from two different worlds, but Marc will march through hell and back in order to protect and claim Ava as his own.

Humans are such mundane creatures. They carry on with their lives, unaware of just how vast the world truly is.

They’re unconscious of the immense number of demons roaming through their cities, living secret lives among them. Demons hide behind magical glamour spells to make themselves invisible to mortal eyes, but many of them just blend in with only the subtlest indications of their natures. Vampires have stunning, heart-wrenching beauty—shifters, the sweltering heat of their skin that is far hotter than a human’s and trolls have impenetrably thick skin and a brief flash of red in their eyes when they grow angry.

That was one of the things Ava loved most about humans. They were simple-minded. Where her world was filled with danger, darkness and children of the underworld, humans were oblivious to the mystical existence around them.

She envied that about them. To be able to live their lives with no clue that they were always surrounded by creatures that go bump in the night. It was miraculous how blind they were.

Yes, envious indeed. Yet, at the same time, she couldn’t help but admire them.

To have a demon strolling past them every day, even serving the food at a restaurant they frequented—cough, cough—yet never even knowing… She only wished to trade places with them. Maybe then she’d be able to get a full night of sleep.

Ava turned a smile on her boss, who was raising a bushy gray eyebrow at her through the small square window separating them. Though he was a rough-looking old man with a perpetual scowl, he had a heart of gold. He’d give the clothes on his back to someone in need.

A trait lacking in the majority of demons.

“Sorry about that, Mr. Tommy,” she said. She picked up a thin white rag and tasked herself with wiping down the countertop. The diner she worked in was fairly empty at this time of the morning. The early morning rush had ended, but there were a few customers seated at the tables, finishing off their meals.

Tom’s Place wasn’t anything special, but there was a certain charm about the diner that made Ava feel comfortable working there. A gray-and-white checkered tile floor complemented baby-blue booths and metal tables. The walls were the same blue, with aged pictures from the diner’s first opening in the twenties hanging on the walls. The windows had a faint tint on them to keep the inside cool and shaded, which was perfect for Ava.

She had a mild allergy to the sun’s rays.

In all honesty, she didn’t need this job. She’d managed to save up a considerable amount of wealth over the years to keep herself comfortable for a while.

However, as a waitress, it was a great way to interact with humans. She enjoyed studying them, learning more about their ways. She’d been sheltered from them until she reached adulthood. When she’d gone off into the world to discover for herself what was out there, she’d developed a substantial fascination with the fragile beings.

It had quickly become her small bit of joy in life—which is rather…bizarre, isn’t it?

They were a puzzling race. The smallest of incidents could be fatal for them, and they were foolishly driven by their emotions rather than their minds. She didn’t understand it in the slightest, but she wanted to. It was intriguing.

But no matter how much she enjoyed watching humans, she couldn’t get involved with them any more than that. She’d never forgive herself if anyone was hurt because of her carelessness.

Especially not that human. There was one in particular her body craved like no other, which was a very, very dangerous thing in her predicament.

The bell above the diner door rang and the delicious scent of sandalwood filled her nose. Speak of the devil… She frowned to herself and looked up at the two men who took a seat at the diner bar, right in front of her. As always.

They were both dressed in uniform and both as handsome as could be. However, it was the one to the right who made her heart skip a beat. The human cop was so good-looking it was almost painful. In all her hundred-plus years of living, she’d seen her share of handsome men. But this one? He took the cake.

He had a crew-cut hairstyle, his hair cut close to his head on the sides, while the remaining dark hair on top was longer and neatly brushed backward. His eyes were a bright golden color, framed by thick, dark lashes that were long enough to make any woman seethe with jealousy. He had a thin, straight nose and a chiseled jawline so sharp that only a master craftsman could have sculpted it with such perfection. And his lips? Full, flawless and made to please a woman.

And when he smiled…

Good gods, when he smiles. His teeth were even and white, his cheeks bearing the deepest set of dimples she’d ever seen. Add to that his six-foot-three muscular build and he was a walking sexual invitation affecting women within a five-mile radius. And Ava was no exception.

Which was what frustrated her more than anything. She couldn’t get involved with anyone right now—least of all a human—no matter how much her body ached for his touch.

Ava kept her face blank at the lazy way he drew her name out, but inside her heart was pounding. Even his smooth voice had her shifting her feet as heat began to pool in the pit of her stomach.

She gave him and Duncan a simple nod, ignoring her body’s reaction to the sexy male. “Good morning,” she responded, avoiding Marc’s simmering gaze. “Edith will be over to take your orders shortly.”

His dimpled smile never wavered. “Ahh, still too shy to talk to me, are you? It’s been how many months now?”

Ava didn’t respond as she turned to walk through the door to the kitchen area of the diner.

Too shy to talk to him? Gods. If he knew how bad she wanted him, he’d be running in terror until he reached the Atlantic Ocean.

Shaking the thought from her head, she headed toward the stock room where the other waitress, Edith, was gathering a few items.

She looked over at her. “I was not expecting that morning rush today,” the aged woman said. “I know it’s Friday, but golly.”

Ava nodded in agreement. “Right? I have no idea where that crowd even came from. Is there some sort of special event going on in the city?”

Edith’s gaze turned thoughtful. “If there is, I haven’t heard about it. Chicago is pretty big, so there’s no telling.”

“Hmm. Well, your favorite customers are here. I’ll finish stocking while you take their orders.”

Edith blinked in surprise, her wrinkled gaze turning dreamy. “Marc and Duncan?” She let out a little happy squeal, dropping her handful of straws and condiment packets. “Oh, cripes,” she muttered, crouching down to pick them up.

Edith gave her a small frown. “Ya’know, Ava, I’ve been wondering for a while now… You’re so nice to everyone that comes in but you always avoid those two. Why is that?”

Ava felt her cheeks heat just a bit. Damn those old eyes of hers.