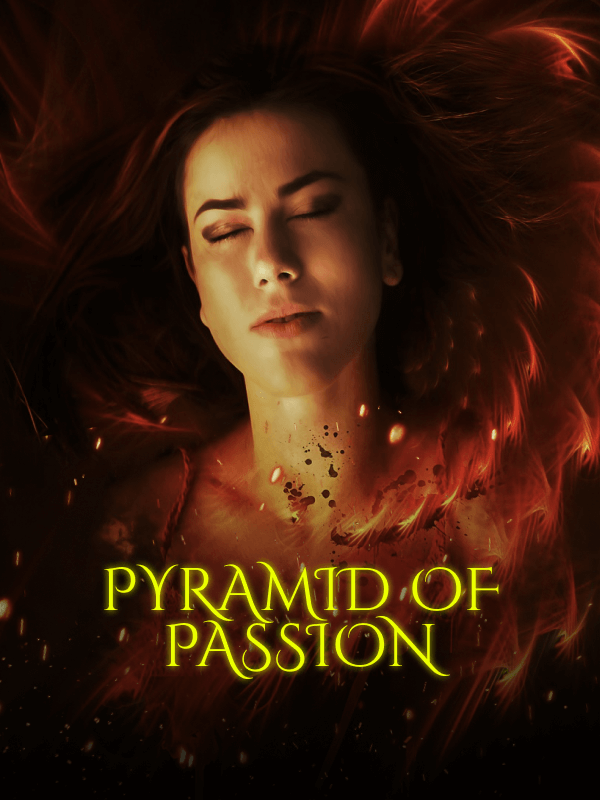 Rosie Carter can’t decide—should she act on her feelings for her real-life co-worker or lose herself in the fantasy of her Ancient Egyptian lover? Rosie Carter’s cleaning job at the museum is far from boring. She starts her night shift by finding the security guard, Nick, screwing a redhead in the office. Running from her attraction to him, she distracts herself with the newly acquired Ancient Egyptian exhibit. The Gold of Valor catches her eye—a pendant bestowed on the Pharaoh’s soldier, Edifu. Its mystical powers transport her into the bedroom of the man himself, who thinks she’s a gift from the gods and worships her with his mouth, his tongue… When Rosie wakes up back home she thinks it’s all been an incredibly erotic dream. Until it happens again. She rediscovers the joy of sex and a newfound confidence with her hunky warrior, but she’s caught between her fantasy life and reality. When co-worker Nick starts to show his true feelings toward her, Rosie has to decide what it is she really wants.

The clacking sound of Rosie Carter’s cleaning trolley echoed through the hall of the empty museum as she made her way to the curator’s office. Mr Baybrooke’s tight hold of the purse strings ensured he employed a skeleton staff, with Rosie one of only two cleaners to tend the small building. But, his obsessive-compulsive need for order also meant he undertook a lot of house-keeping duties himself. Rosie hoped she wouldn’t have to do more than the obligatory quick swipe of a duster on this night shift so she could get home.

Lord knew why she was in a hurry to get back to her empty flat—it wasn’t exactly a cozy Christmas card scene. There was no adoring husband or playful children awaiting her return. Nothing, except her goldfish and her meager belongings still waiting to be unpacked from their cardboard prison.

Of course, it had been her choice to go it alone. After years of heartache she’d finally come to the realization that no husband was better than a philandering one. It was simply taking time for her to get over her failed marriage. She’d done all she could to be a good wife and it simply hadn’t been enough to keep her husband faithful. Now she’d taken that huge step to leave, she would never go back.

Yet on cold nights like this, the loneliness settled over her like a heavy cloak. Her chats with Nick, the museum’s security guard, were the only human contact she had these days. Perhaps once she was finished in the office she would track him down for a chat and a cuppa. He had a knack for cheering her up when she was in danger of wallowing.

She picked up the pace, with her trolley clattering along in time, until she reached the private office. The sight that met her behind the door was definitely not one she had expected to find. Nick stood with his trousers around his ankles banging a voluptuous redhead over the old man’s desk. The woman’s arms were braced on the counter top, giving Rosie a front-row view of her unfettered breasts jiggling with Nick’s every thrust behind her.

Nick’s unbuttoned black uniform shirt flashed a sliver of fine male chest and an arrow of dark hair pointed the way to—well, the goodies were hidden from view by the female buttocks he kept pumping into regardless of the interruption. When Rosie realized where her focus lingered, she lifted her eyes, only to be met with a cheeky wink from the smirking guard.

“Sorry to disturb you,” she mumbled and backed out, closing the door behind her. On the reverse side of it, she rested her fevered brow against the cool wood and fought to catch her breath. Even with her eyes closed, the image of her co-worker in flagrante wouldn’t leave her. The shock of seeing Nick’s personal life in such graphic detail robbed her of all breath for a few seconds. It was only when her head started swimming that she remembered to inhale again.

She should be outraged but if the increasing wetness of her panties proved any indication, her overwhelming reaction to the scene seemed to be excitement. It unnerved her. Nick had been a true friend to her these past months, and she hadn’t once thought of him in a sexual way. She hadn’t thought of any man in that way since her split with Johnny. Truth be told, her interest in most things had waned in the fallout. Lately she was just glad to make it from day to day without having some sort of emotional meltdown. Tonight, however, a certain part of her anatomy would demand attention with a near-naked Nick constantly replaying in her brain.

As her libido clawed its way out of the grave, she was tempted to take another peek at Nick in action. She couldn’t help wanting to live vicariously through the twosome in that room when the uninhibited display of sexuality was so far removed from her own chaste lifestyle. Even when she and Johnny had been intimate, she didn’t remember ever enjoying sex as much as the redhead seemed to be.

Rosie pried herself away from the private sex booth, took a cleansing breath, and got back to work. The excitement was over for the evening, at least for her. For the first time in her life she was supporting herself financially and spying on someone else’s sexual shenanigans wouldn’t pay the bills.

On autopilot, she went on to clean the bathrooms, pausing only to stare at her reflection in the mirror.

“Why would he even give you a second look?” she asked the pitiful creature in the glass. Free of makeup, her naturally pale skin gave her a waif-like appearance and the blonde hair scraped back into a ponytail did her no favors either. Her only saving grace, her slim figure, probably only remained due to the stress of the breakup, but it couldn’t compare to Miss Bouncy Tits back there.

Rosie shook her hair free of the elastic, pinched some color into her cheeks, and wondered why Nick’s opinion of her looks had suddenly become important.

She squirted glass cleaner onto the mirror and watered down the harsh reality of her neglected appearance.

“Fuck!” Nick pounded away, his groin slapping against the ass of tonight’s playmate, but he couldn’t reach the finish line. Not when his thoughts were elsewhere, with another woman.

“I’m sorry, love, I can’t do this.” Too preoccupied to continue, he was forced to withdraw.

“I thought we were doing this?” Natasha said over her shoulder, sounding understandably pissed off as he pulled off the condom.

“Not anymore.” He lifted her blouse from the floor, where he’d thrown it in his earlier haste, and tossed it on the desk. When he’d called her up it had been with the sole purpose of getting his end away. He’d had enough one-handed stress relief these past nights to be considered a sad case and this was supposed to have proved otherwise. He was a stud, a shag ‘em and leave ‘em type of guy. Definitely not the shoulder to cry on sort who spent his evenings pining for the one woman he knew he couldn’t have. Shouldn’t have.

He’d grown close to Rosie, so he was well aware that the casual flings he embarked on would never be enough for her. She still bore the scars of her last relationship and he wouldn’t inflict any more damage on her. Although, he wasn’t sure how she would react to being a witness during his indiscretion at work. Far from solving his problems, his booty call to Natasha had added to them. He was still frustrated and now he had to find Rosie to make amends.