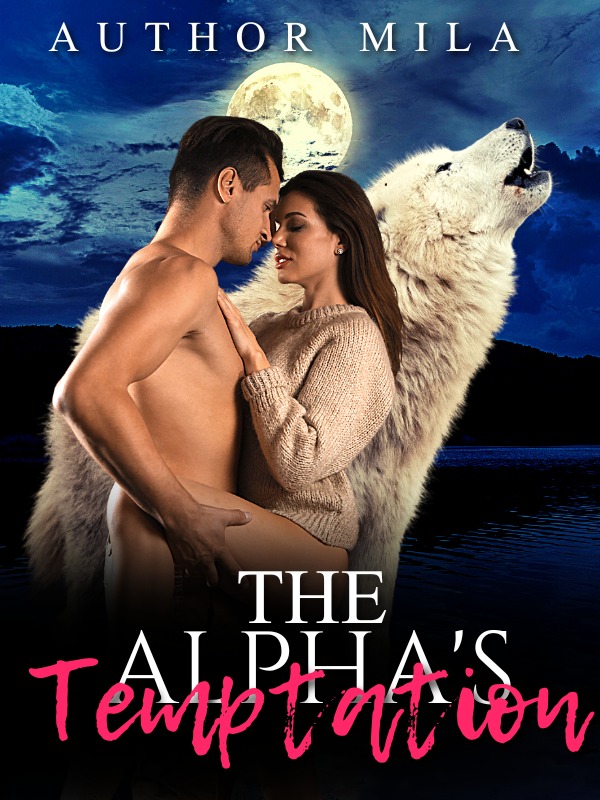 Tessa had just broken the mate bond with her alpha husband of five years. Pregnant and broken, she escaped the city in a bid to run away from all her troubles. She was also short on money and struggling to live a good life. All she wanted was to live a good life. But, what happens when her new boss happens to be her second chance mate? She tries to avoid admitting the mate bond. But it turns out this man is different from most. Not only is he a powerful alpha, he is also a very possessive and stubborn man.

"Congratulation, Luna. According to the test, you are three months pregnant." The pack doctor announced as she placed the test results on the table for Tessa to see.

Tessa was stunned for a moment. She was unable to speak. But when she recovered from her initial shock, she picked up the result. However, she could not understand what the medical terms on the result meant.

So, she looks up at the doctor. Her expression was full of disbelief as she pointed at herself and asked, "I'm pregnant?"

The doctor, Susan nodded. Her face was full of smiles as she looked at Tessa. She knew this news was bound to make her delighted. After all, it was what she wished for the most. She had been trying to give birth to a child for the Alpha to no avail.

Sure enough, after Tessa got the doctor's confirmation, she instantly sprang up from her seat. She seemed especially excited as she grabbed her handbag from the chair.

Then, she beamed at Susan. "I got to go. I have to share the good news with Chris."

Then, she pulled open the door and left. Susan stared at her receding figure with a knowing smile on her face. She was happy for her too. The Alpha and Luna had struggled a lot. They had been looking for an heir for years.

Tessa was beaming widely as she drive through the streets that led to their mansion. She couldn't stop herself from grinning.

Almost every minute, her gaze would wander toward the test result lying on the seat beside her. Only then would she rest assured that she wasn't dreaming. She was pregnant.

Soon enough, she reached their neighborhood. She drove her car into the mansion immediately. As she walked the car to the lot and reached out to open the door, she suddenly felt a strong, blinding pain in her head.

Tessa stilled and grabbed her head instinctively. Her lips trembled as she felt the pain assault her brain. It was extremely unbearable.

She screamed out continually and held her head in her hand. It was too intense and painful. She could not endure it. It was as though a heavy hammer was mounted on her head, constantly knocking on it.

She reached out to open the drawer underneath the car's motherboard. Inside it, there was a small brown colored jar. She flipped it open and picked a tablet from it.

It was aspirin. The pain went along for some time even after she used the drug and she could only lean back onto the car seat to rest a little.

After some time, the pain died down and Tessa could now breathe evenly. She stepped out of the car and grabbed the results. Then, she locked the car before proceeding to the entrance of the main home.

She was back to her happy self and there was a light feeling in her heart. The news of her pregnancy wiped out every unhappiness. She was sure Chris would be at home because she understood his schedule.

As she unlocked the door with her fingerprint and it sprang open, Tessa could see that the main hall was empty. She raised an eyebrow at this. It was quite unusual.

But, she didn't put much thought into it. Instead, she reckoned Chris would be upstairs, attending to some things. She walked up the stairs with a bounce in her steps.

The stairs creaked lowly underneath her feet due to the way she was bouncing. But she didn't seem to notice as she pointed to their bedroom. It was the second room in the hallway.

As she stopped in front of the door and reached out to turn the knob, she was surprised to find it half ajar. Although she was puzzled, she didn't think much and wanted to enter.

Then, she suddenly heard a voice come from the room. It was a female voice. Soft and coquettish.

"Chris, we should stop. My sister is going to return home soon."

A male voice which Tessa recognized as her husband's immediately snorted, "Not yet. I'm not done with you."

"I'm going to breed you and make you give me pups." He replied and his words completely made Tessa's heart sink.

A series of sloppy sounds followed. And almost immediately, she could hear breathy sounds of moans coming from the room. It was extremely loud and wild.

But, she knew what she heard. She hadn't heard the wrong thing.

Tessa fisted her fingers. She had to look to be sure. What if it wasn't them? Or, was it a misunderstanding?

So, she slightly pushed the door to avoid attracting the attention of the people in the room and peeked in.

And behold, she could see her husband and mate kneeling on the floor adjacent to the bed as he lapped on the folds of her sister's cunt. Both were extremely focused as one did the pleasure while the other moaned.

Tessa's breathing hitched as she trembled. She let go of the door and her hand fell right by her waist. She shook her head in disbelief as she was unable to believe what she was seeing.

Her sister and her husband were having an affair. Moreover, it was in their bedroom and on their matrimonial bed.

Tessa's mind was blank. She was unable to think of what to do and all she wanted to do was to get away from that place. She didn't want to see such a horrifying scene any longer.

And with that thought, Tessa turned on her heels and was out of the mansion in no time. She reached her car and with trembling hands, she got into it and drove out of the gates.

Her mind was a mess and she couldn't help but remember what she had just seen. She couldn't focus and only kept muttering inaudibly as she drove, "How come? Why?" But all in all, the good news was bound to be forgotten.