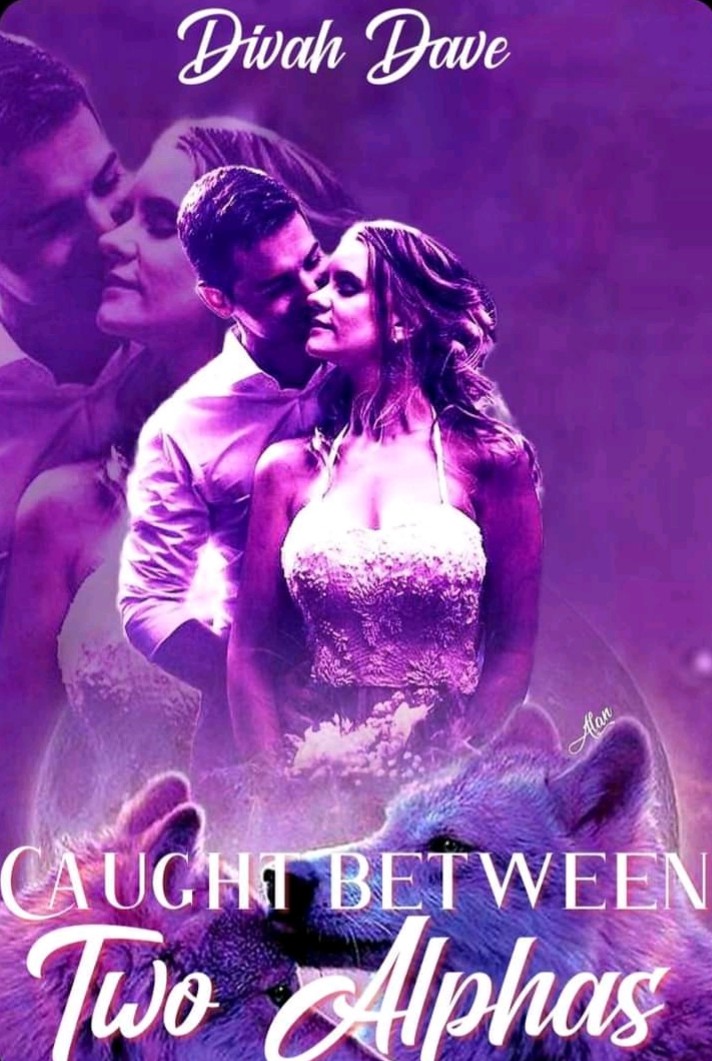 What happens when Kayden falls in love with his brother's maid?. How would it end for Jayden who despises girls but his heart is captured by his maid?. In between an alpha and his twin, Ariana is confused. Should she go for the cold alpha or his nice twin who vows to become alpha at all cost

"Now boys I don't want to get any report about you guys fighting okay"?. Fiona Sawyer, the luna of the pack of wolves in California said to her twin boys who are always at loggerheads.

Wolves lived among the humans and they tend to protect their identity and keep their whole life secret coz they would be hunted by hunters, during the daytime wolves do not go out in their wolf form only at night do they go out.

" yes mom, I promise I won't have a brawl with Mr cool pants". Kayden said sarcastically as he smirked.

"I hope you'll be okay at school and no fight okay?". Fiona said to Jayden as she took his tie and started knotting it.

"yea mom". Jayden replied and took his keys from the table and left without sparing Kayden a glance.

Kayden went to school in his car and parked outside where the girls could see him. when he parked his car, he stepped out of his car to be met with screams from girls, not only are they famous for their handsome looks but they are also famous for their wealth.

Their father is one of the richest men in the world, he tops the fourth on the Forbes list and doesn't leave that spot.

Kayden who has deep green eyes like his mom with his hair blonde is the one who loves all the attention and respect, while Jayden who has deep moonlight blue eyes and has dark hair with few inches taller than his twin is the quiet one who doesn't like being disturbed.

He takes solace in quiet places where he could either play his guitar or use his phone. Jayden got down from his car and walked to the class without raising his head to look at the girls who stared at him.

" I heard he's rude". One muttered through Jayden heard it due to his sharp ear. . "he doesn't go easy in girls". Another muttered.

"but he's just so cute". One drooled. Jayden entered the class with his head bowed, walked to the class and headed for his seat which is at the back, the whole class turned quiet upon his arrival as the girls all drooled.

"hi, am Sophie". I girl approached him, he looked at her and without uttering a word walked out of the class.

After Jayden walked out Kayden entered the class with his girlfriend Ella who was dressed as a stripper with a tight jean jacket and a tight making mini skirt to go.

As Kayden entered the class, the class became loud and lively as they all talked about Ella's birthday which Kayden wanted to host at his house.

yea each one of them has different houses and only stay with their mom and dad once in a while or on important and rare occasion. " would Jayden attend the party"?.a girl questioned. "

No, he won't". Kayden replied through gritted teeth. The chatter about the party continued until a teacher entered the class making the students groan and exit back to their seats.

The teacher spent an hour and a half teaching astronomy which bored the hell outta Kayden, he looked around in search of his twin brother and couldn't find him in the class.

"Son of a bitch is probably screwing a bitch out there ". Kayden thought with a smirk.

The teacher taught for a few minutes before he left the class which made the students happy as they all began to chatter about the party Kayden was hosting.

"calm down everyone". Kayden said as he climbed his table ." it's gonna be lit and fun, get ready to get drunk and play T or D ". Kayden screamed as everybody cheered for Kayden.

everyone went out for breakfast when the bell rang and Kayden wasn't surprised when he couldn't find Kayden.

"Hi, Kay this is my new number call me if you're free". Brinda said with a wink as she passed a paper to me and walked to her seat swaying her sexy ass at Kayden.

Jayden spent his time alone in the school garden which was mostly quiet and peaceful, he spent time looking at the sky and just enjoyed the peace and quietness of the environment.

He used his guitar to play different tunes and just composed songs that only he and his diary would know about.

" oh so nice to be away from people, especially the screaming ones, ". Jayden thought with irritation.

"wow this place seems to have the best view, why not move my party over here or why not bring Ella here for some deep penetration".kayden said with a smirk as he looked around the garden.

"what are you doing here you have no business here so leave". Jayden said as he looked at Kayden with angry eyes Kayden ignored him and continued checking out the garden.

"Calm down bro this school belongs to us and the garden is ours, so have gotta check if it's nice enough for my girlfriend's party duh"?. Kayden said with an eye roll.

" I don't need to fight you before I beat you since you want the garden it's yours". Jayden said as he took his guitar and diary before leaving the garden for the class.

Jayden headed to the class and sat in his seat when he entered class.

"Hi, Jayden if you need any help at home feel free to give my phone a beep". A girl said as she passed a paper to Jayden who didn't glance at the paper before throwing it in the trash bin making the girl feel embarrassed.

" he's such a cold demi-god". A girl muttered to her friend as she looked at him with a smile but he glared at her in return.

"calm down bro, it's not like you're gay at least you've screwed a thousand bitches you don't remember so stop making girls feel like you don't find them attractive ".Kayden said with a smirk as he angered His brother who ignored him.

" here have the paper backstop being egocentric and call her, she's quite good in bed taking from experience you would have great sex". Kayden whispered to Jayden who pushed him making the class shout as Jayden got up and held Kayden's collar.

"mind your business, whatever anyone thinks about me isn't your business so stop all the action". Jayden said as he left Kayden's collar roughly.

The whole class began to chatter as everybody looked at Jayden with fear he ignored everyone and started reading his tablet.

"No worries everyone, we play like this always, so you don't have to be afraid". Kayden said to everybody with a smirk as he looked at Jayden with anger.

Another teacher came to the class which made Kayden angry as he was about to taunt his brother. The teacher taught for three hours with Kayden talking to a girl and the teacher warned him severally but he ignored the teacher.

"Hey Brenda, I'll be in the janitor's closet meet me there in five ". Kayden said to the lady who sat a few metres away from him.

With a look of joy, Brenda excused herself from the class and headed to the janitor closet to wait for Kayden.

Kayden stood up and winked at his close friend, Jack who smiled and gave him a thumbs up.

Kayden left the class without sparing the teacher a Glance and the teacher made a mental note to report the boys to their parents.

Kayden went to the closet where he met Brenda naked already and started fucking her. After the fuck. " make sure you use a drug coz I'd never father anything from you". Kayden said with a warning.

"and if Ella hears a word about this, you're dead meat".Kayden said to Brenda who promised to keep everything a secret. With a beaming smile, Brenda walked to the class and sat down in her seat.

Kayden spent the next few hours with his friend Jack whom they both left school and went clubbing. They both drank to their heart's content and left to a casino where they both spent lots of money on meaningless bets.

When it was dark Kayden drove home roughly with Jack in the passenger seat who screamed most times when Kayden drove too fast.

They both got to Kayden's House and staggered inside as the maid ran to help them both. The maid took Kayden to his room and cleaned his body before she went back and took Jack to the guest room where he slept till the next day.

Kayden woke up feeling a heavy hangover and ordered the maid to make anything that would reduce the hangover. After a few minutes, the maid returned with a darkish liquid in a mug.

I take a sip of the bitter liquid and squeezed my face. "Where's Jack"?. I the I'd who was already leaving with the tray. " he's having his breakfast sir". The maid replied as she walked out of his room.

Kayden walked sluggishly to the bathroom where he spends ten minutes and comes out and dress in a short knicker and a blue top then heads out to the dining. When he got to the dining he was amazed to see Jack eating hungrily.

"I guess your hangover makes you devour food"?. Kayden taunted as the maid served his food. " believe me I haven't had any good food in a long time now". Jack said.

"Now I see why your sister wants you out of the house always". Kayden said with a grin ." not cool dude, my twin is a demon, her presence alone is so much of a spoiler". Jack said with an eye roll as he pictures his twin sister Jill.