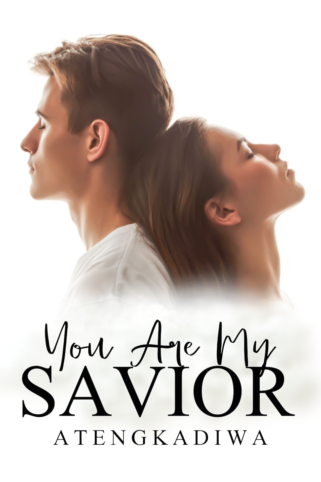 You Are My Savior

Rhianna Evangelista with her mother and younger sister Ylona was imprisoned in a mansion far from town and in a remote area owned by her stepdad Don Ysmael who's a well-known Drug Lord in the country who could not be apprehended and not get caught because of the connection he has. Because Rhianna wanted to save her mother and sister, even herself. She decided to run away from his stepdad to save her mother and younger sister. Then, she met Leonardo Estralta Jr., an Agent who saw her and protected her. She became a member of their organization and had the intent to hunt down and overthrow the people behind in helping Don Ysmael. was forbidden in the group. However, as time goes by, Leonardo falls in love with Rhianna and realizes that he loves her. Is he ready to relinquish the role of their group for the woman he loves and be with her until they get old and form a family with Rhianna or will he put aside his feelings and continue to serve the town?

Rhianna is sitting on the bed. Waiting for the big hand of the clock to drop at 12. She plans to run away at midnight.  She wants to escape her uncle who is a Drug Lord.

When her father died when she was only eighteen years old. Her mother remarried Don Ysmael, and her mother did not know his true identity. When her mother learned of Don Ysmael's identity, they were imprisoned because Don Ysmael thinks that they might complain to the authorities.

So she did nothing when his stepdad imprisoned them in a medium-sized house far away from civilization. She didn’t know where she was going when she ran away. If she can escape or if the guards will catch her.

She tied the concatenated fabric to the bed that she will use to go down to the window.  On that side of the window, the guards of the mansion could not see her because it was hidden.

It's almost midnight. She went to the room of her mother and youngest sister Ylona. She opened the door because it wasn’t locked. She went inside.

She regard them because this was the last time she could see their faces.  Because she won't know when she will see them again. It is against her will to do it for leaving them but this is the only solution she knew to save them. She couldn’t stop her tears from falling. It ran down her cheeks, and she immediately wiped it with the back of her palm.

She left their room and slowly closed the door again. She went to her room and it was exactly midnight.  Hopefully, her plans work now, because this is the only way she can save her mother and sister. Nothing will happen if she cages herself up here in this house.

She gets the tangled fabric and unfurls it in the window. She can't herself from swallowing. What if they catch her? What will Don Ysmael do to her? Come what may, the important is she tried to escape. Perhaps, they won't notice her because usually these hours the guards are sleeping.

She walked towards the window and slowly slide downwards using the dimity that she unfurled. When her feet mourn to the ground she can't help herself from sighing. She feels nervous at those moments.

She treads in the woods. The house surrounds by tall trees. It means the house is in the middle of the forest.

When she noticed that no one sequence to her, she immediately ran. She runs through the forest and she doesn't know what is the end of this. She wishes that in the end, she will see a road or someone who can help her with her situation.

She runs and runs. Even she gets wounds from the plants she sideswipe. It's nothing to her because the important thing is she escaped. She doesn't know how long she ran. Until she decided to rest. She feels thirsty because of prosy running. She sit in a tall tree and leaned her body there.

After a few moments of rest, Rhianna decided to get up and continue running. She just run and run. The wounds caused by the plant she touched were painful. But she doesn't care. Until she saw an exit in the woods. But his body was weakening.

When Rhianna reached the road. She suddenly felt tired, thirsty, and dizzy.  She saw the light of a car approaching where she was. She waved her hands so that whoever was driving the car would know her presence. When the car immediately stopped in front of him.

The passenger came out and exposed in front of her is a man who was about six feet tall. Good physique. And with squinty eyes. Her gaze on the man was awakened as he spoke.

"Miss what happened to you?" the man asked Rhianna.

He glared at Rhianna from head to toe. Rhianna was disgusted by what he did so she averted her eyes from him.

"Come on, My co-agent will treat you." the man invited her.

She was still hesitant whether she would board or not. These days, we do not know whether a person can be trusted. Because even if you have known her/him for a long time, she/he will traitor you. Maybe he felt that she was hesitating.

The man took something from his pants pocket. Purse, he took something there and gave it to her. An ID. She picked it up and from the light coming from the moonlight, Rhianna read the man's name.

"Leonardo Estralta Jr."  Rhianna pronounced the man's name.  There is an Agent written below his name.

"Yes, I'm sorry, my name was followed by my father's name."  Leonardo explained.

"There's nothing wrong with your name." Rhianna said.

"Get on board." Leo said and got in the front of the car.

She immediately got in the back of his car. He looked like Rhianna's driver.  He immediately started the vehicle.  He is an Agent so she can be trusted.  He can help Rhianna. He will help her to save her mother and sister.

But what if he's not an Agent? What if he's just pretending?  She has no choice. If he would do Rhianna bad.  She could do nothing. Maybe that's all she is. Leo took something from his bag. He handed her alcohol and cotton.

"Put alcohol on your wounds to somehow stop the bleeding," Leo said.

Rhianna noticed her wounds with slight bleeding. She took Leo's offer of alcohol and cotton. She put alcohol on the cotton and then rubbed it on her wounds. Rhianna moaned as she felt pain. The man turned to her.

"You alright?" he asked Rhianna.

"Yes, I'm fine. My wound just hurts because it's been exposed to alcohol. Do you have water there? I'm thirsty."  Rhianna said.

She is very thirsty because of the long run. Leo took something from his bag, a tumbler with water. Boy Scout?  Always ready? He handed it to Rhianna. She took that.

"Thank you." she replied. Maybe, Rhianna can trust him with what he did. What if he's just doing that to get her trust? Hays. Shee would think of that when they reached their destination.

"You look like you came from a long run in the woods. Why are you there?"  he asked Rhianna.

"Where are we going?"  She did not answer his question. She needs to know where they are going first.

"To my comrades. We have a meeting. Urgent meeting." he answered her. She better answered his question earlier.

"I ran away from my stepdad. He imprisoned me with my mother and sister in a house in the middle of the forest." she answered.

She remembered her mother and sister again. How would they react when they found out that she was no longer at home? She prefers not to say my decision because she doesn’t want to involve them.

"I'm ready to help you. I think you're telling the truth." Leo offered.

She doesn’t have time to dupe. She wants to say it to Leo. However, she decided to keep quiet. In fact, She's indebted to him. This is not the right time for Rhianna to be angry because she needed him to save her mother and sister.

Rhianna saw in the distance a concrete house. It's just a simple house that you wouldn't think of as Head Quarters. They entered the gate. There were some vehicles already there, probably vehicles of his comrades.  When his car got inside the compound, he parked it not far away.  She immediately got out of the car. A man with a white complexion and good physique approached them. The man looked at Rhianna.

"Agent Leonardo Estralta Jr. Maybe you can introduce me to the woman who's with you?" the man said to Leo as he got out of the car. Leo did not answer the man's question but Leonardo approached her and took her hand.

"Where's Alexandra, Harold? My companion is wounded and she needs to be treated." he asked the man whose name was Harold.

Then, Harold glared at her. He probably didn’t notice earlier that she had wounds because the place where Leonardo parked the car was dark. They walked inside of the Head Quarters as Harold followed.

"What happened to her?" Harold asked.

When they get inside.  She came across a man and a woman who was sitting on a long sofa. They stopped in front of them.

"Alexandra, can you treat her for a moment?" Leonardo asked the woman with curly hair. The woman stood up and looked at her.

"What happened to her, Leo?"  Alexandra asked.

"I'll tell everything that happened to her later. Right now, she needs to be treated." Leonardo replied to her.  Alexandra nodded.

"Come on Miss." Alexandra led her to a door and opened it.

Rhianna was exposed to two beds that were placed side by side and a cabinet to her right. Alexandra guided her to the bed and she went to the cabinet. She took something there.