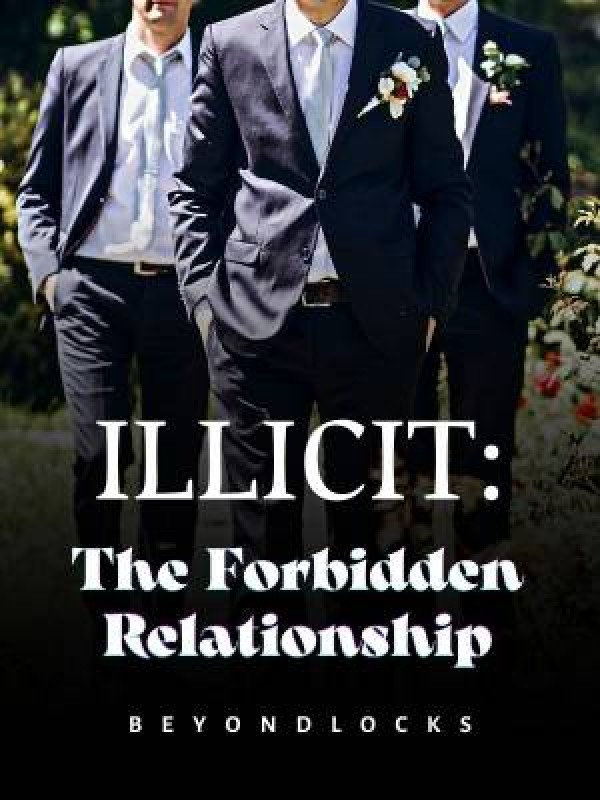 LLICIT is the biggest tech company in all of Europe. They've been working closely with EUROPOL to create weapons, develop new technologies, and do a lot of trading. ILLICIT might be big but no one knows who the members are.Phoenix Sterling, Adrian Nielsen, Angelo Vander, Chance Kyson, and Dean Alessandro.They work together as a team in building ILLICIT, the NO.1 rule to stay in ILLICIT is not to settle down. You can sleep around but don't even think about committing to someone.When one by one starts to go down the love path, will Dean, the leader, forgive them? Or will he just kick them out from ILLICIT after breaking the number one rule? Which one will they choose? Friendship or Love? Remember, everyone has their own stories and secrets.

ILLICIT is the biggest tech company in all of Europe. They've been working closely with EUROPOL to create weapons, develop new technologies, and do a lot of trading. ILLICIT might be big but no one knows who the members are.

They work together as a team in building ILLICIT, the NO.1 rule to stay in ILLICIT is not to settle down. You can sleep around but don't even think about committing to someone.

When one by one starts to go down the love path, will Dean, the leader, forgive them? Or will he just kick them out from ILLICIT after breaking the number one rule?

Which one will they choose? Friendship or Love?

Remember, everyone has their own stories and secrets.

When I heard the story of Cinderella, all I could think of was stupidity. How can a poor girl like her marry a prince when the prince has a long list of beautiful and rich princesses? Disney stories are nothing but full of bullshit. They should make a realistic story because there's no such thing as a commoner marrying a prince charming or maybe a billionaire.

We have our own circle and there's no way we would be attracted to those types of people. I want to laugh my ass off for people who believe in that.

As much as I hate those bullshits, the man that I love ended up having a girlfriend who is a commoner. He was proudly introducing his girlfriend in the Winter Ball Charity event. His parents completely hated the fact that he decided to date that girl and they wanted me to be his girlfriend instead.

I'm rich, beautiful and smart. I'm the type of woman that every rich parent wants to be their son's wife.

When I found a small chance to talk to that girl, I quickly walked towards her with my glass of champagne. She was awkwardly standing there and everyone could clearly see that she doesn't fit the crowd. She was like an ugly duckling.

"You come here for us to give a charity on you?" I asked arrogantly as I stood next to her. She turned to me and she shook her head. "I'm here with Finn." She said in a small tone.

"I'm surprised that you're so confident about it. You don't belong in our radar." I said as I sipped my champagne.

"I know that clearly but I'm here for Finn so I don't care if you try to judge me." She said bravely and I nodded. I'll give her credit for her on that.

"I wonder.. how long will you last with Finn. In the end of the day, he will end up with me." I said pointed at myself.

"I will not end up with you." I turned to Finn who's already looking at me coldly. I chuckled and raised my champagne glass. He wrapped his arm around his girlfriend and walked away from me.

"You'll see." I mumbled to myself. I turned my body around and bumped into a man so hard that I fell down to the ground. I cursed under my breath and turned to the man clearly ready to get mad but I was speechless as soon as I saw those beautiful blue eyes.

He stood in front of me and gave me his hand out to help me get up. Instead of taking his hand, I decided to get up on my own. I looked at him coldly and he stood up straight.

"Sorry." He said and I looked around to see people laughing and mocking the both of us or maybe just me for falling down. I turned to him again wanting to hear him apologizing for the second time.

"I'm guessing you're Lana Castroff." He said and I raised my eyebrows.

"Who are you?" I asked and I heard people gasping hearing me saying that. I looked at the people around me and glared at them one by one. "That's rare, I guess you lived in a rural area huh?"

"Excuse me?" I looked at him in disbelief.

"I'm Julie and Finn's friend, Phoenix." He introduced himself.

"Oh.. you're friends with commoners too.. how fun!" I said rolling my eyes at him. He let out a small laugh and then he grabbed a glass of champagne from the waiter.

"She's a really nice girl so you should judge people just because they don't have a lot of money." He said and he sipped his champagne without taking his eyes off me.

"I don't like her." I smiled sweetly at him but I'm pretty sure that my eyes showed him how I'm freaking hate his statement. I was about to walk away when he stopped me by saying, "They're getting married, they love each other." I turned to him.

"Phoenix right?" I asked as I grabbed his champagne glass and drank all of it in one shot.

"They both won't get married as long as I'm alive." I said as I gave the empty glass back to him.

"You really want to ruin other people's happiness? If you really love him, you should let him be happy." He said and I chuckled.

"He won't be happy with a commoner, that's not how it works." I said by looking straight to Phoenix's blue eyes. His facial expression turned dark and I decided to get out from the scene.

"Hey! Where are you going?" My best friend, Noelle, stopped me. I sighed and turned to see Phoenix and Finn talking to Julie. It's making me more mad than I already am.

"Where?" Noelle tried to look at the direction that I'm looking.

"The guy with blue eyes besides Finn." I said as I looked at him and he found my eyes. He smirked at me and I turned to Noelle.

"He's Phoenix Sterling, you don't know him?" Noelle asked me in a confused tone. I raised my eyebrows.

"Why should I know him?" I asked and Noelle gasped.

"Just tell me who he is!" I hissed coldly and Noelle pulled out her phone. She was typing something on it and then she gave her phone to me.

"He's a billionaire from Italy. He owned a lot of graveyards, a shipping company, an airline and a lot more." Noelle said as I was reading his profile on the internet. He happened to come from a not so wealthy family so I guess that's why he hung out with that woman.

"I never thought you don't know him." Noelle whispered.

"Why should I know? He's not that important." I said and Noelle gave me a champagne to calm myself down.

"He's the part of Illicit and maybe that's why you should be aware from now on." Illicit?

"He's a part of Illicit? How do you know? I thought no one knew who's in the Illicit?" I looked at my best friend with my eyes almost popped out from it's socket.

"I mean.. I don't know if it's true or not but some people speculate that he is."