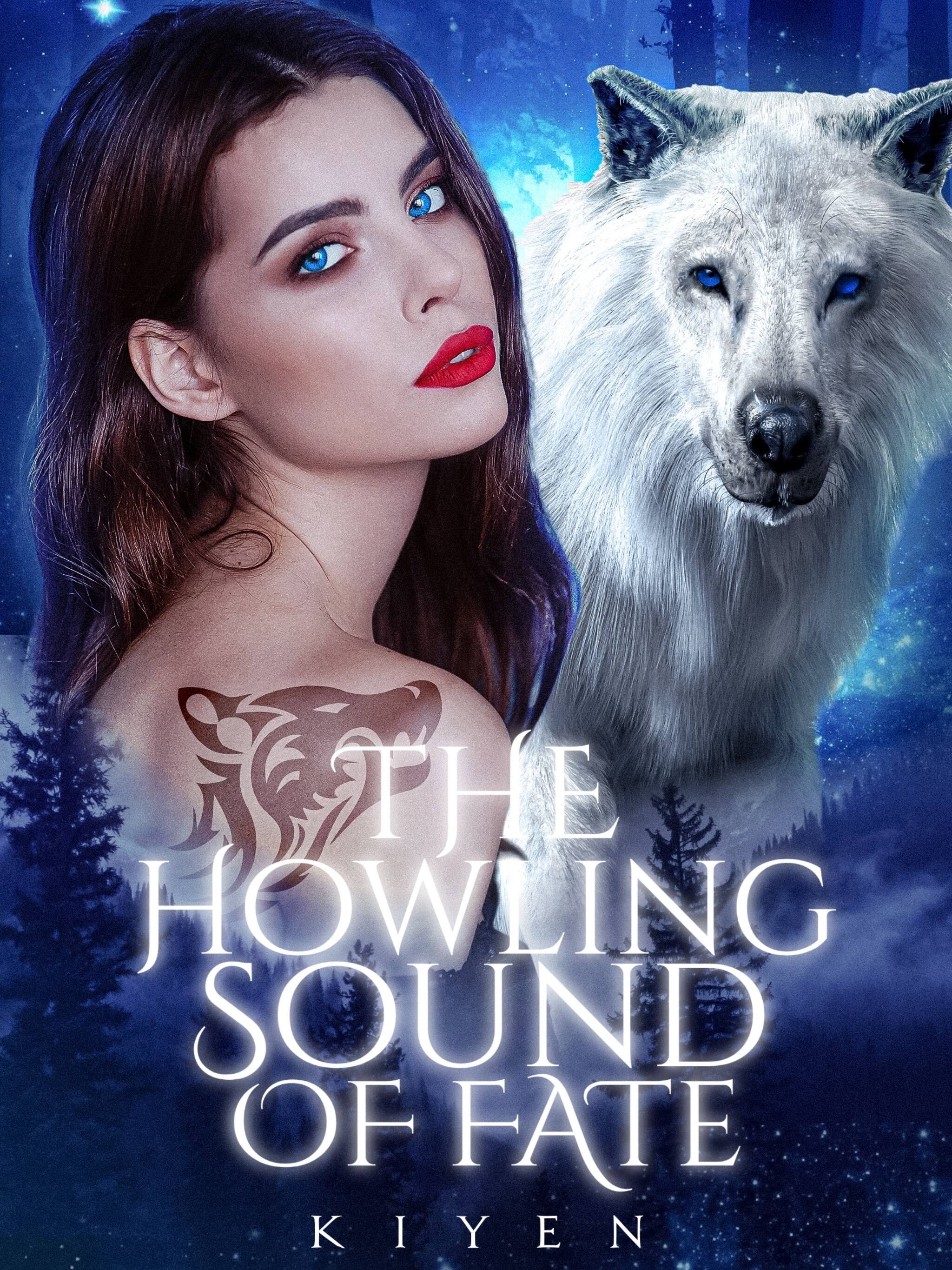 The Howling Sound Of Fate

Claire Hanzel was an omega by birth with an extraordinary power: she can communicate with witches, dead or alive. As her race was always considered the lowest and she was rejected by her mate, the Alpha King's son, Ajax Larwoods, Claire felt heartbroken and went to seclusion with the help of a witch. Thinking back on how poorly she was treated by everyone, including Ajax himself, Claire was resolute to live a new life where she can be free and happy. So when Ajax suddenly appeared in her peaceful abode and almost killed everyone surrounding Claire, Claire was beyond speechless. With a horrible but powerful alpha such as Ajax, Claire was imprisoned and suffered at the hands of her very own mate. Every full moon, she prayed to never want to see Ajax ever again, even in their next lives. But as if fate continued to play its trick on her, when the war emerged and she died, on her rebirth with memories intact, Claire found herself facing her scum alpha mate once again. But why was Ajax suddenly showing her differently? He was the cause of her demise. He was a scum alpha... he was, right?

I had always loved the scent of sandalwood and rain.

Even when mother said I wasn't allowed to play more than an omega should for a day, whenever I took a glimpse outside and saw the members of our pack - playing under the rain with their brightest smiles - I couldn't help but feel comforted. Most especially when my eyes would land on him.

The smell of rain and wood, the colors of the sky that turned into a mellow orange hue that always made ways in giving my heart a touch of comfort, drizzled by unspeakable flying insects as he spoke to me with his low, husky voice. From my birth to my current self, these crazy thoughts were brought upon by my affection toward one person―Ajax.

This was especially not easy for the fact that I was an omega and Ajax was an alpha. He was the son of the current Alpha King of the Crescent Glacier Pack in the Northern Woods, the biggest territory in this place. Being the next king of one of the most strongest packs in the world, I've known for a long time that Ajax would surely find his very own mate, a strong female alpha like himself, to stand and rule the pack someday.

Surely, a low omega like me could only ever wish to be noticed by a mighty and powerful figure such as Ajax. As the majority only treat us as nothing more than servants and slaves, I've long accepted my fate and only wished Ajax the best. From afar, I could see him and that was more than enough to make my little omega heart happy.

Well, that was until things began to change when I turned eighteen.

The day I transformed into my wolf form for the first time, I realized my affection toward the Alpha Prince no longer belonged to me solely. Much to my embarrassment, it happened during the academy's night class' last two kilometer run, where everyone was present.

"Look, Claire transformed!" David, one of the strongest alphas in our academy, exclaimed, looking at me.

Everybody―both in their human and wolf forms―turned their heads to look in my direction.

I couldn't control myself and began to move around like a mad wolf. It was one of the disadvantages of being an omega, the inability to control one's own transformation, regardless whether there was a full moon or not. Unlike alphas and betas who could control their transformations once they reached a certain stage or gained enough power, omegas' will was limited, causing us to have our tails picked by others when they witnessed our weaknesses.

Soon, a crowd began to surround me. Laughters erupted through my ears as they all mocked my appearance and strange behavior. I wanted to speak but no sound could even come out of my mouth.

Unlike alphas, omegas were much smaller and weaker in looks. This was one of the main reasons why omegas were always deemed to be subjects to bullying.

At this time, I wanted to speak but no sound could even come out of my lips. All I could use perfectly were my two senses, vision and hearing, much to my horror to have seen and heard the same noise of endless ridicule toward my own race.

"Isn't she the one who always looks at Ajax like she wants to eat him?" Another wolf said with a mocking tone. I remember her name being Lilith.

I felt so exposed. I wanted to run away and hide, but more and more werewolves surrounded me, pushing me back to the center. When I tried to roar at them, they only laughed louder.

"Ajax likes her?" Another commented, stepping closer to me. If I remember it right, this person was one of the popular betas in Ajax's group.

My heart began to beat fast. I didn't want Ajax to know about my feelings for him. Not like this, not in this situation...

A shrilling voice came and said with an upset tone, "Oh please, stop making things up, Gary. Ajax will never look at this low being. Besides, he already has Selene."

"You're right. Selene is the best Luna candidate for Ajax. This omega is really too brave, dreaming to be with Ajax! How shameless!" A beta from another class exclaimed.

All I could do was stare at their faces and listen to their comments. I wanted to tell them I was not wishing for more, that I only liked Ajax and did not dare to ask for more from him or anyone else. But all of these remained stuck in my throat. For some reason, I could not explain however I wished to.

My eyes scanned around the crowd and found Selene Alcarez, the most beautiful werewolf in the academy. She came from another pack whom Ajax was always being rumored to be paired to. From head to toe, she was described to be beautiful, a rare piece of gem that every guy wanted to look and stare at with love and admiration. I was, in all truths there were, the complete opposite of her. And by all means, as everyone dictated and believed, she was the one fated to stay beside Ajax.

Or so I thought.

Because on the day of the blue moon, a day when all werewolves on their right age and fated time were expected to feel in their blood the identity of their mates, Ajax who was supposed to declare his mate, did not utter a sound.

"Ajax, son, you can tell us who your mate is," his mother, Luna Olive, seated beside Ajax's father, the Alpha King Thomas, asked.

Ajax stood still in the center as everyone, including me and the rest of the omegas, watched him. We waited for him to introduce and say the name of his mate as part of the tradition. However, minutes passed and Ajax did not say anything, not even a word.

Instead, his father, Alpha King Thomas, went on his stead and spoke, "The night is young. Perhaps, Ajax is still in search of his mate. Let's not be bothered by this, everyone. My son will soon announce who his mate is. For now, everyone should go and find their mates as part of the tradition. We will all meet at midnight to give our praises to the Moon Goddess."

This announcement declared in an authoritative and powerful tone made everyone zip their mouths, only following the alpha king's orders. I, as one of the omegas―the servants―immediately went back to work. After all, there were visitors from other packs who had come from different locations to personally witness and listen to the next Alpha King and his mate, the next Luna.

Announcing the mate of the next Alpha King of the North was indeed a big deal. Even Selene Alcarez and her family came, but much to their disappointment, Ajax didn't mention her name at all.

"Stop dilly dallying and quickly go to your brother. You need to scout the area and make sure no other beings will step into our place tonight," my mother, an omega as well, said as we reached our small dwelling.

This house was occupied by many omegas, from youngest to oldest, female and male. My brother who was also an omega was currently training as one of the wolves charged to scout the territory. From what I have learned, he was doing it to be part of the list - the Next Beta. Next Beta meant an opportunity for omega males to be betas, and to be part of the security group responsible to follow and protect the Alpha and his bloodline.

In order to transform to a beta, an omega needed to undergo series of trainings and battles with real betas and alphas. If one could succeed without dying or being heavily injured, then they may have a chance to be bitten by an alpha to turn into a beta, giving more power when it came to strength and of course, responsibility.

"I will, mother," I politely obeyed then thought for a minute before adding, "Can I watch the full moon after?"

Mother had always known my feelings, whenever I was confused, angry, or just being stupid. Though, she rarely spoke of affectionate words and refused to be overly intimate with her actions too. She stared at me and only said simply, "Do whatever you want, but make sure to finish all your tasks first."

As always, that made me smile as I nodded. "Understood!"

I wasn't completely lying when I told her I wanted to watch the full moon. Part of what I originally intended was that, and the other... Well, I sort of wanted to see the Alpha Prince.

I mean, it must've come out a shock to him when he couldn't see his mate's identity, right? I wanted to check on him and see if he was doing and feeling okay. Sighing as I imagined a saddened expression on the Alpha Prince's face, I headed out of our mini dwelling.

I began to walk toward the location where my brother, Navi, currently was. As soon as I saw him, I quickly sprinted toward him. But before that happened, a huge black wolf suddenly stopped in front of me, blocking my way. My eyes widened as I realized who it was―

"A-Ajax..." I couldn't help but whisper as I stared at those clear blue eyes illuminated by the full moon above.

He was staring at me, full of concentration and something more to which I could not define. To my surprise, Ajax used his powers and gave me a message by only looking at his eyes.