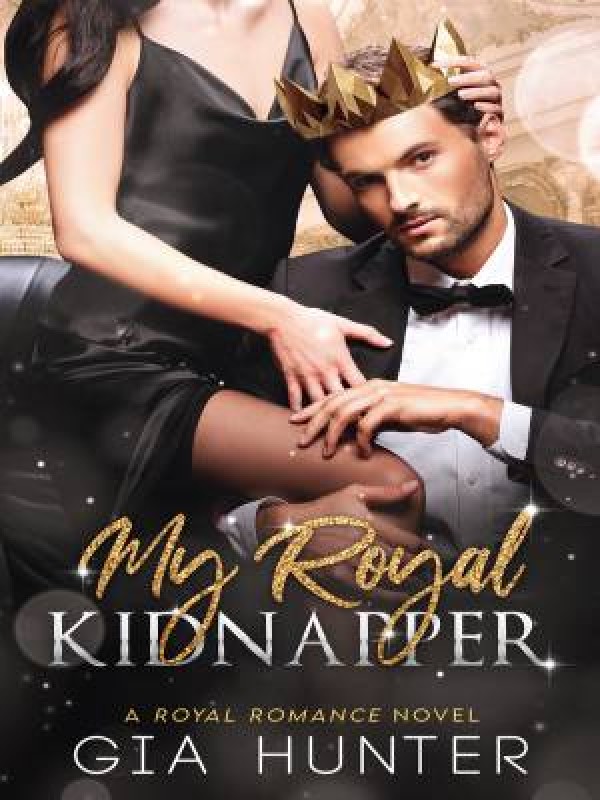 Kennedy Gilby worked hard for years. Before traveling to the country she never heard of for the promotion, she meets a green-eyed, smoldering hot, and devilishly handsome Thayer.She just broke up with her ex, yet she's already into His Royal hotness in disguise. When she learns the identity of the prince, she runs away. Thayer Camren Aleksei Keoni Gattewarde Braynburd worked hard all his life. When the King becomes ill, the prince apparent unwrapped the list of his son's potential wives. Even if the time is not on his side, Thayer decides to go on a mini bride hunt. It only takes a single look' Thayer knows she's the one. To Kennedy, she's not ready to give up her career and her ordinary life, but the prince is willing to give up his title to make her fall in love. When he realizes he's madly in love with her, he kidnaps her, not only once but twice.

My life just takes a detour.

My playlist blasted on my Airpods. I didn’t give a crap taking off my sunglasses as I entered the lobby of the 45th story building, ignoring the incredulous looks from the receptionist in a dark blue uniform throwing at me. At the back of my mind—what, bitch?

I punched my floor number as I entered the elevator. A few ladies and men in suits joined me.?

I hoped Siena came to work early. I was not in a mood to answer her twenty questions right now.

Thankfully, I arrived on the 20th floor. I excused myself from where I stood at the back. As soon as the elevator shut closed behind me, I took off my Airpods and checked my watch—I was two minutes late, which never happened since I started my intern at Style four years ago.

My heels clomped heavily along the tile floor. Pairs of eyes pinned at me as I followed the aisle toward my cubicle, ignoring my bleeding heart. I threw my bag on my desk, took off my eyeglasses, and shoved it into my bag.?

Taking a seat, I hit the power button on the desktop. I had been good at compartmentalizing. What was so hard of ignoring a bad breakup? It was not that he was the only one has a dick in town.?

My hand froze around the mouse by the clearing of the throat.?Not much of trying not to get someone’s attention when you arrived late, eh??

“What?” I focused my gaze on the screen.

“You’re late. It never happened. Ever.” It was Serenity. We started our intern the same day.?

“I woke up late,” I lied. In truth, I barely slept last night. I had not gotten a blink on an empty stomach. I couldn’t swallow the food when upset—no, raging mad like a bull seeing red.?

“Don’t you set your alarm like three hours ahead? Your alarm is on the nightstand, and you have a phone, Kenny.”

I clicked the folder on the screen, even if I could feel her searing stare at me. “I’m working. I should compensate my two minutes late, Sere.”

She snorted. At the corner of my eye, she crossed her arms over her chest. “Your eyes told me that you’re right. You didn’t get enough sleep, but that’s not the Kennedy Gilby I knew, babe. What’s wrong?”

I shut my eyes closed and inhaled deeply before I looked at her. Serenity was kind and loving. She was the kind of friend that you wanted on your side. The kind of friend who agreed to your terrible decisions because she didn’t want to hurt your feelings. She was also adorable with her big bright blue eyes and curly long bronze hair. Of course, all of us working in Style was fashionable with free wardrobes weekly.

“What the freak—” She looked around when she figured her voice came out louder. “That freaking Gorilla Raoul?” Her eyes grew even bigger. “What happened? Didn’t you just move in with him two months ago?”

That son of a bitch.?He was persistent in asking me to move in with him. Then he just broke up with me with the clichest speech of the clichiest—it’s not you, it’s my crap. To be honest, something just shifted the moment I moved in. We’d been dating for almost a year now, and it was good. Then he just went cold feet on me.

“He told me it was not working.”?Well, he was right.?We hadn’t had sex in two weeks—either he said he was tired, or he had a deadline to meet. Apparently, working in one of the best architectural firms needed a lot of his time.

“He’s an a-hole, Kenny. You deserve someone better.” That was what I thought. Serenity was the kind of friend I wanted right now. She squeezed my shoulder. “I’ll help you move out. I know just the right movers.”

I pasted a small smile on my lips. “Thanks. Now can I get back to work?”

“I understand. You’re still in the denial stage. If you need a drinking buddy, I’m here.”

I rolled my eyes. “You could barely take a single shot. Siena and Faith are better drinking buddies, but you’re welcome to tag along and be our DD. I could use a drink or two.”

“Count me in then.” She smiled.

My chest constricted again. I understood that sometimes, men freaked out when they used to be living alone. They needed some space, but I couldn’t think of any reasons why he broke up with me. He was kind and considerate. Sex was great. So what had gone wrong? I didn’t think there was a third party involved because Raoul had been thoughtful and faithful. He would never cheat on me.

“Is he the one who put eye bags under your eyes?”

I didn’t have much time to put on eye patches. “I don’t know what are you talking about, Sien. I just got insomnia last night.”

“Wow! You looked lively without sleep. How much did you consume caffeine?”

I stared at Siena—the man-hater, but she had a strong personality. She could deal with difficult people. I always envied her strawberry blonde.?

“I’ll be fine tonight. I promise to take two cups of Camomile tea.” I wanted to roll my eyes, but it was cut short when our big boss emerged from her glass office door.

I rose from my seat. Today, she would have a big announcement that I’d been waiting for for almost three years now. My skin tingled in anticipation.?

If there was the Devil wears Prada, Madam Alessia Hearst, our Executive Editor wore Hermes from bags, scarves, and belts. Louboutin for her shoes, and I didn’t have to mention the choice of her jewelry and watches. She had her own stylist, but she barely agreed to interviews. She took her private life seriously. If she did, it only focused on her job, not her personal life.?

Alessia Hearst remained a mystery to me. But man, she was sophisticated, classy, and stood tall at least five feet, nine inches tall. She always kept her chestnut hair short. What I loved the most was her medium skin to my Porcelain.

“What the hell is wrong with your eyes, Miss Gilby?”

I gulped. I could feel everyone’s gaze on me. My face heated when Alessia kept her gaze on me, waiting for my reply.

“I had a hard time looking for a new apartment last night. I was planning to move out of my asshole ex’s apartment—” My hand clamped my mouth.

My colleagues chuckled around me, but I was also known to have confidence. So, I stood straight and rolled my eyes.

“What’s funny with moving out? We women should never depend on men. When a relationship can’t make you happy anymore, then get the hell out of it before it strangles you, depresses you. It’s ugly. Your mental health is important, and the pain will heal than staying in a toxic relationship.”

Wow! She must be single.

“Now, my announcement. I’ll be taking a week’s leave starting on Monday. When I come back, I’ll be announcing my chosen candidates for our new senior editors. Now back to work.” She turned around.

Disappointment cut through me like a knife. I’d been working hard for the past years. I knew if I was good at it and not. What the hell was wrong with announcing it today? Was she planning to change her mind when she came back?

After a few seconds of excruciating silence, she called my name. Yay!

“Kennedy?” Alessia just called me by my name. She was still holding the door for me.?Oh, my God.?This is it!?

Heat rose to my cheek.

“Yes?” I strode in her direction. “Alessia.”

She did not reply but closed the door behind us. It was not the first time I was in her office. The creative lighting and geometric designs had her personal touch. Incorporated with bold colors, it added sparks of creativity, excitement, and at the same time, a calming effect.

I took a seat on the sofa a few steps away from her desk.

“I’ve checked your portfolio carefully. I admit that I was hard to be pleased and impressed.”

“You’re good at what you do—” But I felt there was a but at the end of her sentence.

Crushed by disappointment, I dropped my gaze.?