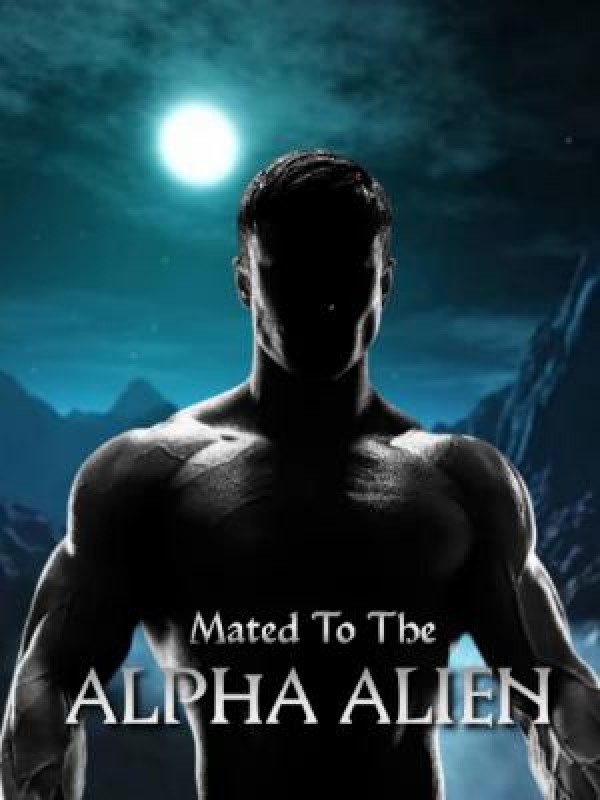 Mated To The Alpha Alien

They will stop at nothing to try and tear us apart, but you can not escape destiny, fate, or your mate. ***MIYA***An internal battle is taking place between my mind and my heart. It is waging a war, blurring the lines between what is right and what is wrong... Zion Mahji is my human kryptonite, my savior and I'm his fated mate. I am drawn to him like a moth to a flame. And maybe that's my problem...I'm too afraid that my heart will get scorched as he makes my body sizzle with desire. ***ZION***Miya makes me weak, vulnerable, leaving my heart unguarded...I didn't know I was lost until I found her...And when she is captured by our sworn enemy, I will stop at nothing to find her.I will destroy the entire Galactic cosmo hunting for her, killing to get to her just so she can breathlessly bring me to my knees and un-male me with a sinful smirk playing on my lips.

Kindreds are mostly known to be ruthless, possessive and brutal in the galaxy.

They are creatures of the universe, the heavens and the most underrated species known to exist.

Driven by instinct and the need to mate.

Their demise will come when their mates are human and refuse to pursue a future with a Kindred alien.

Zion Mahji treats the galaxy like his own personal playground.

And he holds the fate of his planet and people in his hands.

Earth soon becomes his stomping ground as the female earthlings are biologically compatible with the Kindred to mate, and carry their offspring.

He promised himself that if by chance he did find his mate, his heart and his soul, he wouldn't become excessively obsessed with her.

He would allow her to take her time to come to him when the right time aroused.

That is until he found himself standing across the street from his potential mate's house in the middle of the night with his hands clenched into tight balls and his twin hearts beating erratically in his chest.

"We shouldn't be here Zion. This is violating the treaty we made with the humans." Jaja explained to his brother as his eyes glowed a brilliant shade of sapphire blue.

"Mine." A low grumble of possessiveness came from Zion.

Zion was tall, seven-foot two at least, with widespread shoulders that had him turning sideways as he entered doorways. But he moved swiftly with an animalistic grace that misrepresented his beastly physique.

"I don't know how much longer I can keep away from her." Zion snarled, "Her scent is intoxicating." He sniffed the air like he was breathing in the scent of freshly picked flowers.

"Not now," Jaja warned him. "Patience my brother."

Jaja was tall like Zion, his physique was strong if not stronger and his spiky silver hair accentuated his sapphire blue eyes.

"I can't take it any longer, I ache for her brother and it's killing me slowly." Zion openly declared as his hearts thumped against his chest creating a beautiful and cruel melody that was solely for his human mate.

"But you haven't seen her, brother. How do you know you will physically be attracted to her and how do you find a frigid human, so alluring, attractive and desirable?" Jaja could not apprehend the infatuation his brother had for a woman he had not met.

"Her scent is like bathing in a pool of zubuya." [honey].

"Are you sure she is the one?" Jaja asked as he took another look towards the house and the light turned on, illuminating one section of the yard in the darkened night.

He could hear her humming from where he stood and he knew his brother could hear her too. The sound of her voice and the beating of her heart created a beautiful symphony and Jaja knew right then and there, his brother was lost to this human female.

"I know she's the one," Zion growled and there wasn't a shred of doubt in his low, rumbling voice that spoke volumes.

Zion inhaled the air, taking in a large breath, his eyes were half-lidded with desire and he bared his fangs that grew from his teeth canines.

"She's the one," Zion muttered, his eyes glowed brilliantly as he spoke of his potential mate. "She's ripe for the taking and I want her now." His voice rumbled through the air and Jaja felt his knees buckle beneath him.

Zion was his superior, his king, Alpha and commander. When Zion used his commanding voice, Jaja's ability to have control over his body becomes close to non-existent.

Jaja fought his body for control. "Don't you think you should wait, brother? You will scare her and lose her at the same time." Jaja's voice was strained with pain as he continued with his inner battle for dominance.

"Waited long enough." Zion muttered murderously, "She is mine, whether she accepts me or not." He ploughed a curled up hand into the tree he was standing next to and it went flying across the street.

"Not now brother, I beg you. The council won't be pleased if they hear that you lost control of your desire, it makes you look weak, pathetic and unworthy to rule our planet." Jaja bowed his head as he openly spoke to his brother.

He was the only person who got away with such a crime of speaking his mind so candidly.

"Screw the council, none of them are mated. How can they possibly know the agony I've been going through these past couple of months without having her?!"

"If you are not in control of your desires you will hurt her, possibly kill her." Jaja's voice was hushed.

"Kill her?!" Zion spun around, he picked his brother up by the neck and held him mid-air as his feet dangled. "I don't want to kill her, I want to take her, bond her to me and -"

Unconsciously, Zion released his brother as he turned back towards the house and started to walk towards it. "Mine... She is mine and I want her now..."

"Brother, wait.!" Jaja coughed, "Wait until she has been served the papers tomorrow. One night, one more night and she will finally be yours." He rose to his feet from his kneeling position. "Don't violate the treaty, brother, please, I beg of you." His voice was raspy and rough.

Zion did not answer his brother, instead, he let out a thunderous growl that could be heard miles away. His body went rigid as the light in the house went out and the muscles in his arms went tense.

"This way brother," Jaja said as he tugged his brother to follow him. "You can't stay here or you'll do something you'll possibly regret and lose her forever."

Zion resisted the urge to push his brother away as he had cast one final glance back towards the house.

A possessive fire licked his caramel tinged skin, setting fire to his entire body. "Mine, bonetta, and tomorrow I will claim you for myself."  He rambled as he let his brother drag him away.