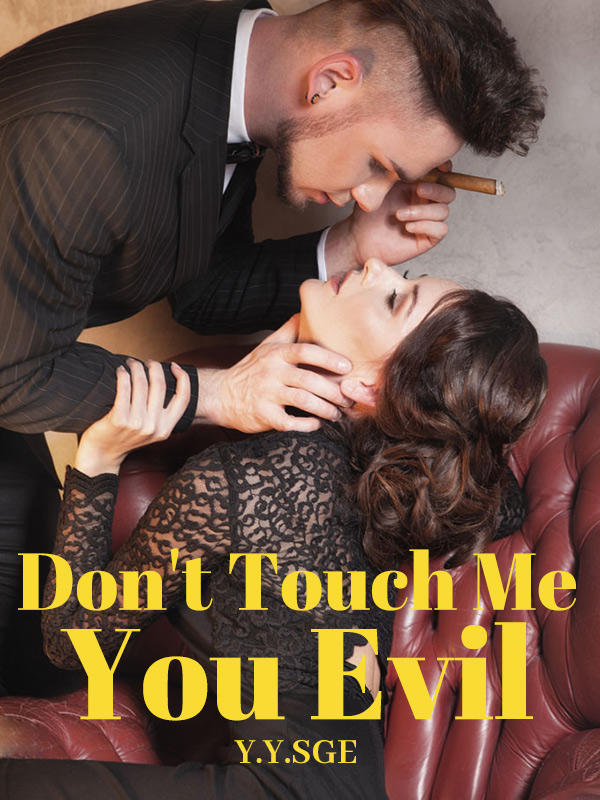 Don't Touch Me, You Evil

After ten years of infatuation, what she got was endless suffering. She shattered into pieces as a result. Elena finally gave up and completely disappeared into Logan's world."Logan, you want to destroy me and kill me for the woman you love deeply in your heart. One day, you will regret it!"But Elena didn't know. In fact, Logan had long regretted it. In order to revive Elena's heart, Logan was willing to do everything for her, even falling into a dark hell and never regretting it!

The night was dark, resembling an abyss.

Elena woke up groggily when she felt herself getting violently turned over by a man's strong arms. Then, a lean, muscular body pressed her into the bed, two cold, long fingers moved to grip her chin tightly.

Elena let out a confused moan.

Elena was woken up by the chilly presence in her room and subconsciously pushed the man on top of her away. Not a moment later, the strong smell of alcohol accompanied with a familiar scent made her lose her mind.

It seemed that Logan had come back.

Every time he was drunk and needed her, he would always seek her out in the guest room.

"Logan, I'm legally your wife. I'm not some random woman that you can pay to do anything to!"

Elena's rage made her tremble all over. "Why do you always disturb my sleep every time? Can't you show me a little bit of respect?"

Logan had effectively trapped her on the bed. She twisted her body in desperation, resolutely unwilling to let him kiss her.

He smelled as if he had been drenched with alcohol. Who knew how many women he had kissed before coming home to her?

They had been married for four years. Throughout these four years, Elena had endured Logan's bullying. She thought that she had been trained enough to be invulnerable to his tactics over the years. However, Logan's drunken actions tonight had hit a soft spot in her armour. It made her feel a little breathless.

"You didn't even call me to ask what I was up to when you noticed that I wasn't back home this late at night. Elena, I think you've forgotten that you're my wife."

When Logan noticed that the usually submissive Elena was resisting his advances all of a sudden, he burst into an inexplicable rage. His fingers, which had been holding her chin, tightened even more, pinching harder.

The force he was using was almost enough to kill her.

Elena couldn't help trembling from the pain. She widened her eyes and met Logan's gaze, which looked cold and ruthless at that moment. She bit her lips feebly, and couldn't make a sound.

After a long while, Logan left the guest room, and the chaos that he brought with him, faded away.

Elena felt like her body was about to fall apart. Just as she was about to get up and wash up in the bathroom, Logan had pushed open her door and stormed in. He threw the box of pills in his hand at her. His tone was nonchalant, yet the words he used were cruel. "Take these right now!"

Every time after they slept together, Logan would force Elena to swallow four pills in front of him.

If she didn't take them willingly, the man would force them down her throat.

These pills were meant to prevent her from getting pregnant.

To Logan, Elena was nothing but a devious woman who had done everything she could to get married to him. He thought she didn't deserve to bear his child.

Faced with Logan's aggression, Jessica was not strong enough to refute him. She took out four pills obediently, tossing them into her mouth, and swallowed them dry. The bitter taste lined her throat, all the way to her stomach.

A month and a half later...

"Congratulations, Mrs. Bailey, you're pregnant! The child is about 6 weeks old. The baby's heartbeat is normal and seems to be developing well!"

The doctor's good-natured tone rang out.

Elena bit her lip and stared at the report that the doctor had just handed to her. The fact that she was going to be a mother soon made her feel both joy and sadness.

Or would he despise her less because of this baby's existence?

Gripping the pregnancy report tightly in her hand, she walked out of the operating room with a calm expression on her face.

In the corridor, a handsome and indifferent-looking man walked over to her, his eyes filled with gloom.

When Elena noticed Logan's unexpected appearance, she was incredibly surprised. Her stomach was tied in knots, and anxiety filled her heart. She forced a smile and asked, "Logan, why are you doing in the hospital?"