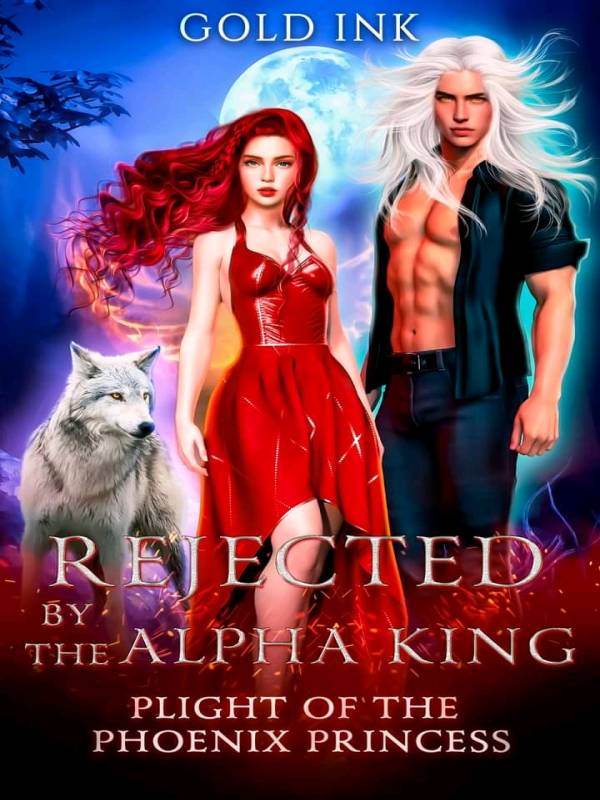 REJECTED BY THE ALPHA KING: Plight Of The Phoenix Princess

I Alpha Ryker Dante of the Crescent Moon Park rejects you as my mate and Luna of my Park, such a weak pathetic girl! You are hereby not allowed to show your face to me again except if you want it red! Those angry and deceptive words tear Melanie apart.It was her mate who had rejected her at first sight. She has always been rejected and tainted, but this last rejection gave a painful and scary tug to her shattered lost heart.She smiled out the tears and turned back.If that was what he wanted, then fine!She no longer wants to be the weak and dejected Haman in the wolves park. She's got a life of revenge to leave.Will she be able to keep up with her plight for revenge, or will she succumb to taming emotions when she can not get rid of them?Why don't you find out?

Melanie was at it again.

She was yet in the middle of an empty desert.

It was dry and carried around banished humor.

She was scared to the teeth.

It was cold and freezing.

She had just a hood on and a pair of torn dirty sandals.

It was a rough thing to encounter.

The breeze churned at her ears as it made angry sounds.

She shuddered and bite her lips.

It was as if someone was seeing her.

Her voice echoed in the dark as it made multiple more voices as it echoed along the way.

There was a sudden fuss in the weather. It got too breezy that her hair was flying around in four different directions.

Her clothes fought to hug her body as it flew along.

A huge and dark figure appeared in front of her.

It was so huge that she almost fainted.

The beast was huge and looked like it had wings.

She whimpered and moved backward.

With every step she takes the beast takes one after her.

And when the beast spoke it has the most unusual voice ever.

It was as sweet as a flute bread and was as melodious as her mother's lullaby.

She widened her eyes in surprise.

"hmmmm. How long would it have taken you to find me? "

She muttered still going back.

"pass to where? I've waited nineteen years for you to come to me and now you want to pass? How redundant!"

The beast was angry as it reflects in its feminine voice.

Aurora could tell the beast was female from the way it talked so sweetly yet its dark figure betrays its sweet voice.

She still couldn't pinpoint what it was exactly.

Aurora added as she tripped on a stone and fell on the sand.

"I won't eat you. I am the legendary fire phoenix and queen of the Phoenix deserts.

It's been thirty years since I recoiled here after losing my firebird.

I'm too old and have a few more days to live.

You are my next of kin and also the last. You have to take over from me before I die! "

The beast snapped and Melanie almost fainted with confusion.

"No please I don't know what you are talking about, please.

Do not eat me.

She was brazed to the bones.

The beast was annoyed.

The beast snapped and Melanie yelled and fell to the floor.

"I'm your queen and you don't have the right to talk back at me. Your just a phoenix princess. You must do as I say!"

The beast snapped again and Melanie closed her eyes.

It looks like she won't be able to escape from the beast.

"if you really want me to believe you then you should show me what you look like. "

She gathered some courage and speak up.

Melanie covered her eyes as she couldn't look at the beast.

It was too bright.

She turned to face the beast and then.....

A bucket of cold water was thrown right at Melanie's face as she jerked and woke up from her scary slumber.

She was somewhat thankful to the water for waking her up or she may pass out while in the dream.

"what the heck is wrong with you stupid girl. Get the f*ck out of this rotten bed and get my clothes ready for the ceremony.

How can you sleep so late as if it's your house! "

The angry voice of Quinn.

Her half-sister lingered hard in her ears after the water that was thrown at her hit her face.

She muttered as she fought back the tears that gathered in her eyes..

She really was a slave to them, wasn't she?

"well you better be or else you'll get it from me. "

Quinn sneered and walked away after dumping the bucket right on Melanie's lap.

Melanie faced palmed herself as soon as Quinn left and burst into tears.

She would always be treated as a slave in her own father's house.

Melanie sighed as she fed her mother another spoon of vegetable soup.

She had prepared her 20-year-old twin stepsisters for the crowning party and they had left along with her father and Jaxon, her brother.

She smiled and readjust a strand of hair from her other face.

"you know I'm not allowed to go out.

I've never attended a function before.

Father is ashamed of me as a daughter that what wouldn't see me.. "

"It was not your fault sweetie. You don't plan for me to be attacked by the evil wolf king. I just hope he doesn't come here again or we'll all be doomed. "

"even if you didn't get confiscated to this bed I would still be hated. I am the only girl without a wolf. Dad is beta to the former Alpha king and Jaxon will be next to the new king. Do my two sisters have amazing fighting skills and huge wolves but me? I've got nothing.. "

She trailed off and dried her tears for the umpteenth time.

Her mom smiled at her.

"you should really attend the ceremony. It's not every day that a new wolf king gets crowned. Just have fun for the first time in your life. Forget about your father. He can go to hell for all I care..."

"I was also thinking of sneaking out to catch a glimpse of the new king... I heard from Candice that he's handsome.. "

Melanie cooed and smile at her mother..

Candice was Quinn's twin. And she was far worse than her sister.

Her mom hushed her off.

Melanie smiled and left the room after clearing the plates.

'time to attend a function in my nineteen years of life. I just hope I don't get caught! '

She thought as she left the room.