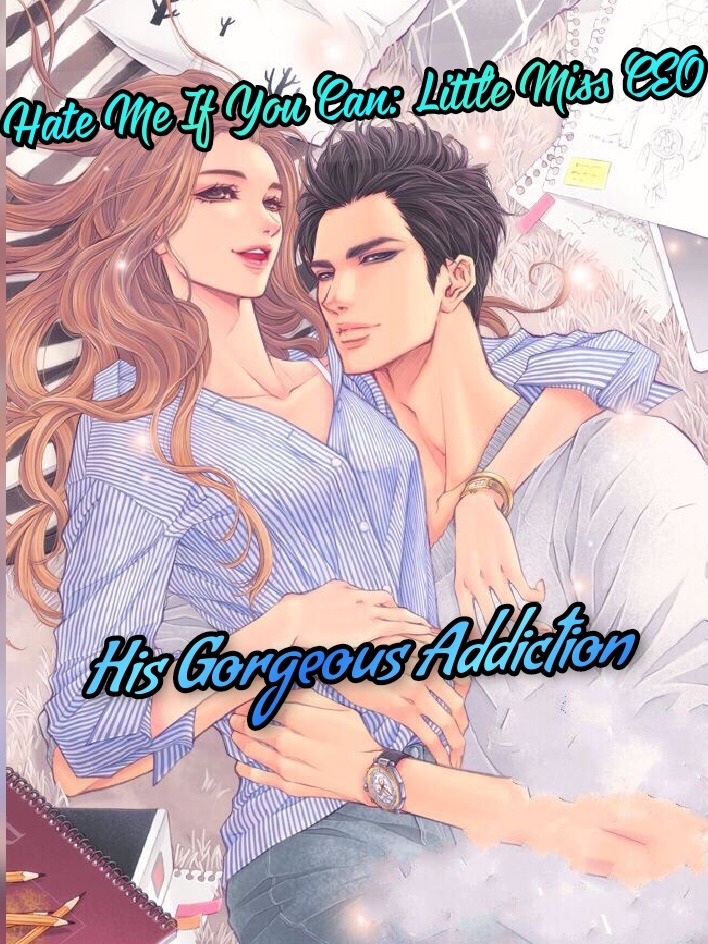 Hate Me If You Can: Little Miss CEO

• Kylie Ross the beautiful twenty-eight years old billionaire who was abandoned by her fiancee for her twin sister and who her family disowned after the incident that occurred that night after which she strived to become rich and never believe in love ever again. • Nathan Smith is a charming young man, who happens to be the CEO of the world's richest company and the biggest mafia boss in the Netherworld, he is dangerous and highly feared across the whole of Asia. •What happens when fate has other plans for them?? EXCERPT " I love you " Kylie cried as she stared at him with tears rolling out of her Blue eyes. '" I know at first I rejected your love and all but am sincere now I love you," She said holding his face as he looked at her in astonishment " You don't believe me ...? She asked shocked. He pinned her against the car and kissed her intensely and aggressively, moving from her lips he nimble her neck. As if hearing the profess of love between lovers' hearts the sky erupts and the rain drops on the earth angrily. " Let's leave the rain ...or you'd fall sick ..." Nathan muttered pushing her into the car and getting in too. as

Kylie ran as fast as she could without turning back, she felt weak and dizzy from the drug that she was drugged in the hotel, and she could hear the sounds of footsteps behind her trying to catch up with her. She couldn't allow them to trap her, she had to escape from here else she was doomed.

After running for what seemed like a long time, she ran off the hotel and tried looking for a cab in the subway. The hotel she was at was located somewhere in the subs. After 10 minutes she was finally able to hail a cab and she got in.

" Take me to Ross Mansion," she told the driver and slumped on the chair.

The driver nodded and started driving, he wondered what the daughter of a respectable family like the Ross was doing somewhere like the red district areas.

Kylie sighed closing her eyes she thought back to how she had gotten here.

Kylie walked out of the car and glanced at the Company which was boldly inscribed Ross Enterprises, she was going to become the CEO of this large company just a few weeks from now. Glancing at the building with no expression on her face and a face full of indifference her phone went off.

Taking her phone from her bag she looked at the number which was strange picking up her phone, she heard

" Yes how do you know me " she responded

" you don't know me but I do know you, come to the Red District hotel your sister is here and heavily drunk..."

" What Callie is there, what did you do to her "

" I don't care, I don't know just come and take your sister " and the person hung up.

Kylie panicked and tried calling back but the number was unreachable, she wondered how her sister had gotten there, hailing down the cab, she got in and the driver started driving.

When she had gotten to the hotel, she hurriedly paid the man and ran inside to look for her sister, turning toward the receptionist, she asked

" what is Callie Ross's room number, please be fast " tapping on the desk urgently

" room 256 on the 3rd floor " the receptionist replied wondering why the woman looked so panicked.

Kylie got into the elevator and when she got to the 3rd floor walked out, getting inside the room she entered only to see her sister making out with her fiance Liam Green, making lewd sounds

Awestruck she stood looking at them making out shameless how dare they do this to her, screaming she walked towards the vase placed by the wall and slammed it down, awaking the two from their dirty act.

Liam gasped looking at her, Kylie looked at them her vision red from anger, walking toward her sister she grab her out of the bed and slapped her across the face

" How dare you do something as despicable as this, sleeping with your Sister's soon-to-be husband, you disgust me, " Kylie said wiping away the droplet of tears at the end of her eyes.

" why? whydon't't touch him or sleep with why? I love him and he loves me too what's so wrong about that...huh..tell me " Callie asked tears licking down from her eyes.

" I can't argue over a man with you Callie, just come to the Main Mansion and you Liam I call off our engagement " looking at Liam with anger in her eyes trying to turn around without getting noticing the door slammed shut from behind and she saw her sister smirking looking at her, wiping away her tears and her eyes went down to look Liam's hand holding her sister's waist as she stood up

" dear sister you came in time for the show, are you surprised??? or are you in wonder?? " Callie burst into laughter laughing like the devil incarnate. she had never thought would do something like that to her or even try to steal her fiancee...

Walking around Kylie, she laughed and before Kylie could realize it, she was injected with a needle from behind and she fell to the floor unconscious, Callie burst into laughter looking at the unconscious girl on the floor.

" Babe, what do we do now, what if she reports us to Oldman Ross we will be doomed, " Liam said walking to Callie.

" She won't be able to report us to the Oldman because he is currently on vacation overseas " Callie smirked and looked at her sister on the floor finally everything that belonged to her would be hers soon.

After getting dressed, Callie and Liam walked out after leaving Kylie on the bed unconscious, After getting to the ground floor Liam went to drive the car out of the parking lot and Callie saw this as a chance and made a phone call.

" Okay ma'am, we will get the job done " the person answered from the other end of the phone.

Callie smiled very soon, everything would finally belong to her.

Kylie woke up to the smell of alcohol, she frowned when she tried lifting her body from the bed, her head felt like it was hit by a truck, groaning with the pain she opened her eyes and was shocked to see herself stack naked on the bed. She thought back to what happened and couldn't believe her sister had drug her, laughing at herself mocking she felt she has always been the one loving her little sister who never reciprocated the love, she was a fool to believe her sister loved her.

After coming down from the elevator, she run when she noticed some men running after her and here she was now after escaping from them...