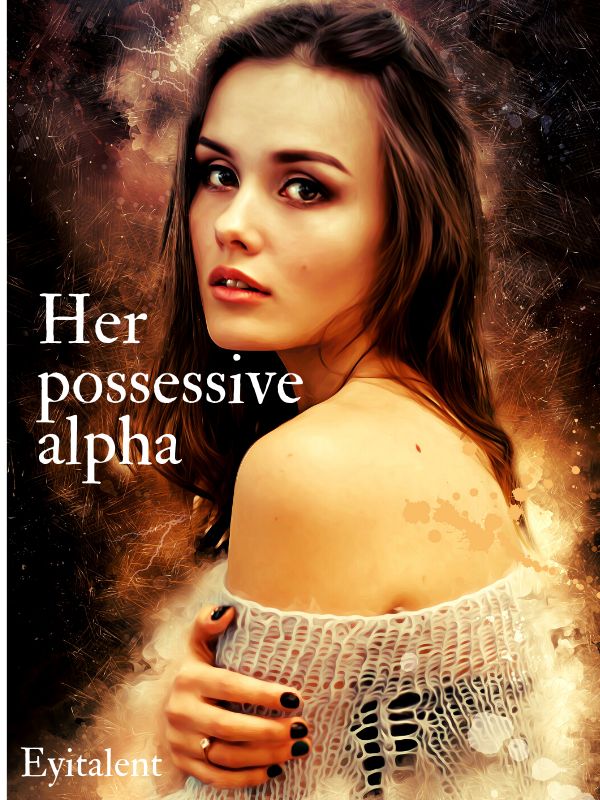 You belong with me, Ava! You are mine! And I will be damned before I let anyone else have you!" He growled with boiling rage. The moonlight pack had a popular tradition that had never been broken.

“Hello! Earth to Ava, hello!!!” Nicole didn’t know what was going on with her friend today, they had just been served their meal, and she knew something was up when the usual food lover didn't dig in the minute the waiter placed the tray in front of them.

She snapped her fingers multiple times in her face to call her attention, but Ava wasn’t listening, neither is she focused on anything Nicole is saying, all her concentration was placed on the young man who just walked into the restaurant: her mate; and yes, she’s meeting him for the first time.

Nicole’s eyes followed in the direction Ava was looking, she found it strange that her friend’s eyes had been pinned in that direction for a good number of minutes and she wondered what was up. When she saw who Ava was looking at, she understood exactly what was happening. It’s Ava’s 18th birthday of course, and Ava is experiencing the mate bond. This landmark is usually common for she-wolves to meet their mate, that’s why Ava’s eyes had been glued on that man for so long, and his eyes had been glued on hers too.

Nicole couldn’t have been happier for her friend, everyone was worried she wouldn’t meet her mate on time, but now here he was; she would have the chance to reject him before the joining ceremony and then she wouldn’t have to worry about her mate anymore when she is introduced as the new Luna of the moonlight pack, with Alpha Ray, her betrothed standing by her side.

“What are you waiting for?” Nicole threw the question at her friend, but Ava still wasn’t listening, she might have been better off talking to a mannequin.

The mate bond, Ava always knew she'd experience it one day, the very day she'd find her mate, but she never expected that day to be so close, she never expected that day would be today, she'd always thought that when the day came, she would be prepared for it; for rejecting her mate but she clearly wasn't, not with the shock that burst right through her the moment she saw Lucas. That very moment he stopped in his steps as they both began to experience the most powerful force; the only attraction in the world that can never be felt for a different person besides your fated, the only feeling greater than love itself; and he felt it too. She'd read in the past that no matter who you ended up with as a wolf, the attraction that overflows in your heart due to that powerful mate bond lives within you forever.

And as she saw him for the first time he walked into that restaurant in Bandera, the small town she’d visited, their eyes collided into each other's suddenly and none of them could look away from each other for even a split second, even from the distance between them, she could see his face and observe his handsome features clearly as he was standing across the room watching her too. It suddenly felt as if everyone and everything surrounding them had disappeared, and it was just the two of them there imprinting on each other for the first time. In the normal werewolf world, meeting your true mate for the first time, the one the moon goddess has paired you with, was a good thing and something worth celebrating, because from that moment onward, your life would never remain the same as you would no longer live as one person, but as the other half of a romantic union formed from high above, a perfect union destined by the moon goddess herself. But for someone like Ava Maynard, the future Luna of the moonlight pack, who had been groomed her whole life to be with someone else, someone who wasn't her true mate, the Alpha of the moonlight pack Ray, meeting her mate was not something to be happy about.

‘We have to do something,’ her wolf Layla called out from within her, and that’s when Nicole’s words started sinking in.

Ava suddenly jolted up from the chair, what should she do now? She wondered, why did going to reject her mate seem so difficult? Why was she feeling this sudden attraction for him? Was this supposed to happen?

‘Ava, you have to do something now!’ Layla repeated, she could tell by her shaky voice that the mate bond made her wolf uncomfortable too.

An idea then dropped into her mind; not a very clever one, but worth trying. This was going to be one of the hardest things to do; running away from your mate was like a piece of metal trying to pull away from the magnet it clung to, or running away from the warmth that shielded and protected you to face the death cold winter. It would be painful, almost impossible in fact, and somewhat hopeless because she knew that at some point, she'd cross paths with him again; the mate bond always made sure of that. Oh well..., she would cross that bridge when she got there, but for now she had to get away.

She grabbed Nicole’s hand much to her horror.

“What do you need me for?” She asked Ava vexingly, and a bit scared of whatever was going on in that head of hers.

Upon seeing that Lucas started striding towards them, Ava didn’t think twice about it. She pulled Nicole up from the chair to stand and started running in the opposite direction, everyone in the restaurant stared at the crazy lady running and grabbing her friend’s hand in hers but she didn’t care, she had a bigger problem walking towards her, and she needed to get away from him, from all this; no, she wasn’t supposed to be feeling this way, she couldn’t reject him feeling like this.

“What's wrong with you?” Nicole was already beginning to lose her temper, and then she stopped and yanked her hand away from Ava’s.

“You're not supposed to be going this way, have you forgotten what you're supposed to do when you see him?”

Ava knows very well what she's supposed to do, but she never expected it to be today, she never thought she’d be this unprepared, and she certainly wasn’t ready to reject her mate now.