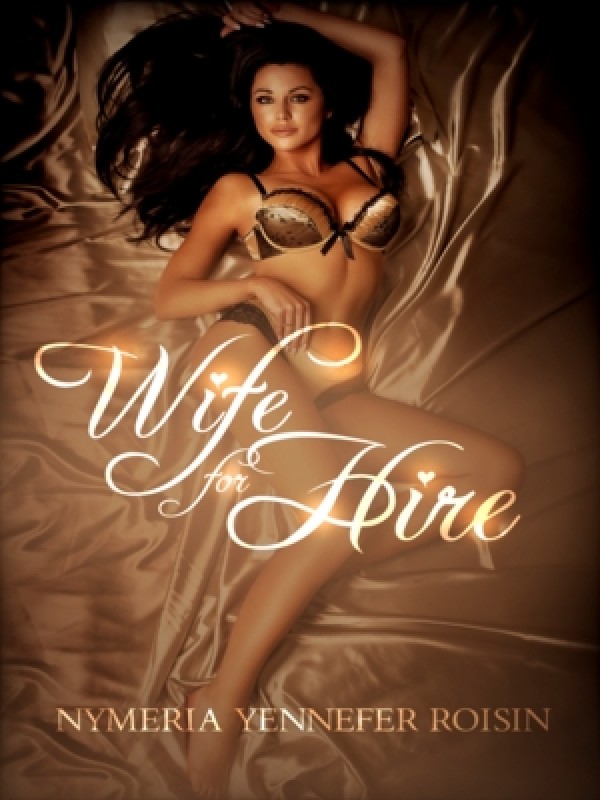 Wisdom Weisz lost her house and ten-month-old daughter in a fire in a single day. And what's worse is that on the same day, her husband was making love to her best friend in the latter's apartment without paying any sort of remorse for her. Frustrated, she was left jobless and spent her remaining money in a luxury hotel‚Äôs bar. With destiny as unpredictable as ever, she met the billionaire in the bar who she had already come across at various moments of her life. The man offered her a job called "Wife for Hire", meaning she will be his wife without any emotional attachments. If she accepts, the billionaire will pay her upfront with a hundred thousand dollars in her bank in just a blink of an eye.Wisdom eventually accepts as she deemed this as an opportunity for revenge on her former husband and best friend. As a whirlpool of emotions stirred and a web of conflicts weaved, Wisdom will soon find out that this job was not easy as she thought as her heart begins to fall for the man who had employed her to be his hired wife.

The embers from the fire were no longer visible from this distance. Yet, ashes fell like snow despite the fact that the summer sun was already vanishing from the tawny sky.

Her blouse that was once neat white was now stained in cinders. Her hair that was once treated a week ago is now as crooked as the burnt tree in front of her house.

Wisdom was now sitting by the corner of the road. Her house was on fire just hours ago. The only thing remains of her were the apparel she was wearing, her second-hand laptop and mobile phone, and her coin purse that has no more than ten coins, as well as her leather wallet that she had since high school that has no more than a hundred dollars. Everything was burnt—including her ten-month-old baby.

Wisdom was well aware that misfortune is her middle name since she was born. But, the fact that her husband just left their infant daughter in their house and went to her best friend’s condominium unit to have a bed session is just utterly outrageous…and unlawful.

Richard, her husband, could have at least brought their daughter while he had a bed wrestling with her best friend, Francine. Well, her husband had been an asshole ever since, that’s why she wouldn’t wonder if ever Richard passed as the dumbest man in the world—because his dumb as shit anyway.

Wisdom couldn’t bring herself to weep; not even a tear would come out from her eyes. How could she weep when her only daughter died in fire while her husband was feasting his cobra inside her best friend?

She just arrived from work when she spotted the fire even from a kilometre away while driving her car—the car that was gifted to her during her eighteenth birthday.

She seized her mobile phone and dialled the number of her sister’s best friend who was a lawyer. Thank heaven anyway that at least she has a little salvation in her marriage.

To be honest, she could no longer take it—no longer endure it. She will divorce Richard as early as now, even if he is still banging that snake best friend of hers.

Wisdom stared at the still-busy street. Paramedics giving first aid to the affected; several people are still wailing under the now starry sky.

‘People are just too overacting. I didn’t even cry here that my baby was just burnt and my husband was also burnt…burnt because of sexual pleasure. She mused as she ate the chocolate that was given to her by her boss, Gerry.

Her phone vibrated. She checked her messages and was elated that her sister’s friend, the lawyer, was happy to help her. Well, that’s what a man gets in drilling different holes—a divorce.

She may be not that rich compared to Francine but at least, she has loyalty; she has a word of honour. Yet, it seems that Richard doesn’t deserve her loyalty—not even an inch of her affection.

And Wisdom, as witty as her name, would prefer to live on her own than to reside with an asshole under one roof.

Three weeks had passed and Wisdom Weisz was now living in her own walls, in her own roof. Her so-called husband really went and chose her best friend over her.

Her cheap apartment may be simple for an office worker, a secretary, like her. But, she’s a plain girl after all. Simplicity is beauty for her; her apartment that’s just a few blocks away from her office is already a jackpot for Wisdom.

She grabbed her car keys and locked her apartment door as she got the paper that contained her grocery list. Wisdom was always frugal ever since college; she’s much more frugal now, especially since she was living alone and her monthly salary may only last for weeks for a city’s daily life.

Wisdom then drove to the nearest grocery store. She inhaled as soon as she arrived. Even though her sorrow still lingers deep in her heart, she must paint a cheerful face. The world doesn’t need much drama when each one of our lives already consists of various dramas.

‘I hope that the two snakes are not in there…’ She prayed.

As she opened her car door, the sight of her ex-best friend’s car was caught by her turquoise eyes.

“She’s here…or perhaps the two of them.”

As brave as ever, she walked briskly towards the store’s entrance, disregarding any chance of her and Francine meeting. The store was huge anyway, perhaps there’s only gonna be a 50/50 probability of her meeting that bitch. She’s here for shopping anyway, and not for having a quarrel with a husband-stealer woman that called herself her best friend.

She was in the meat section when she came across the person that made her gladly sell her soul to the devil as long as she will not meet her again.

Unexpectedly, their eyes met. But, Wisdom was not looking at Francine’s eyes. She was looking at her belly. The last time she saw her belly three months ago, it was still flat. Now, it was big and circular as ever, as if she was now carrying a three-month baby.

‘Whore….’ Wisdom whispered in her mind. She was about to walk away from the meat section when the pregnant snake called her.

“How are you, Wisdom?” It was not a thoughtful question. It was more of a mockery, an insult to let the other shoppers hear their conversation.

“I’m fine,” Wisdom answered as bland as ever.

Francine portrayed a so-called sweet face. “That’s great. Richard and I just went to the ob-gyn an hour ago. In fact, he’s here in the fruits section.” She pointed with her hand that was still holding a bag of tenderloin meat.

“That’s good.” Wisdom answered back, looking wholly uninterested. If only she could sprint away as fast as a cheetah, she had long done it if the bitch didn’t spark a hideous conversation.

“I heard you and Gerry are getting together, eh?”

There it is again. Blaming her that she had an affair with her boss so that she will look like a cowering rat that was caught in a rat trap. She could no longer hold her tongue. This bitch deserves what she was about to do.

So, she grabbed one of the meats that was still fresh with blood and threw it on her face—the face that was bombarded with lots of make-up.

“Speak another word, and the next blood that will be splattered here will be coming from your body!” Wisdom shrieked, making the other shoppers jerked their head towards the two women.

Richard, who was carrying peaches and Cortland apples, rushed towards the two women by the meat section.

Francine, as if she was a Hollywood actress, cried and ducked as if a child throwing tantrums. Richard helped her stand and she was mumbling that Wisdom was the first one to attack her, threatening to hurt her. Wisdom just stared at them and crossed her arms. She already knew this was gonna end up in a drama show. Francine is such a bitch that uses crying as a form of self-defense. She’s utterly a dumb chicken; definitely a groin-loving whore.

Richard was about to attack her as well when his hand was stopped by a man. The man was wearing a gray tuxedo and was absolutely taller than Richard. A “C.E.O.” name plate was situated by his left chest, just above his beating heart.

“I am the C.E.O. of this grocery store. The three of you are making mayhem in the midst of a jolly morning. It’s better if you're gonna sort this up or am I gonna be the one to let it sort where the three of you gonna spend the rest of the day in the police station.”

The man briefly looked at Wisdom from head to toe. He didn’t even glance at Francine, whose white lace dress was now stained in bloody red and was pretending to quiver as if she was the victim—as if she was the one being attacked. Pathetic.

It was Wisdom who spoke this time. “We’ll sort this out. Sorry for the chaos caused by these two cheaters.”

Well, that was badass. Richard looked at her with disbelief—not anger. Disbelief because, never in her life, Wisdom acted as badass and as merciless as ever. Well, time’s changing. Change is the only thing constant in this unrelenting world. The world that, if you’re not cruel too, you will definitely not survive even a year.

She looked at Richard back, and then to the snake who was baptized as Francine. She then spoke with such a loud voice that could probably be heard by a whole auditorium.

“Eyes here everyone! You see these two people over here…” Wisdom called the attention of all people and pointed at the two people in front of her with her index finger. “This man is my ex-husband, and this pregnant woman over here is my husband’s mistress before we were divorced. The day my house was on fire, which was also the day that burned our ten-month-old daughter to ashes, was the day that he spend her time with his mistress—playing with her abyss and blowing my husband’s horn. I am telling you this so that you’ll keep an eye on your girlfriends, wives, husbands, and boyfriends that these two will never steal them away from you, as they've done to me. Perhaps if there is an award for the cheaters of the year, these two would probably be worthy of that god-damned price. That’s all and thank you for your attention.”

Wisdom then walked away straight into the exit door. Richard and Francine were speechless and petrified. The C.E.O. was actually smirking while shaking his head.

The whole store’s eyes were not on Wisdom who was walking away like a murderer walking away from a crime scene. No. The people’s eyes were on the two cheaters who had probably been nailed on the floor they were standing on.