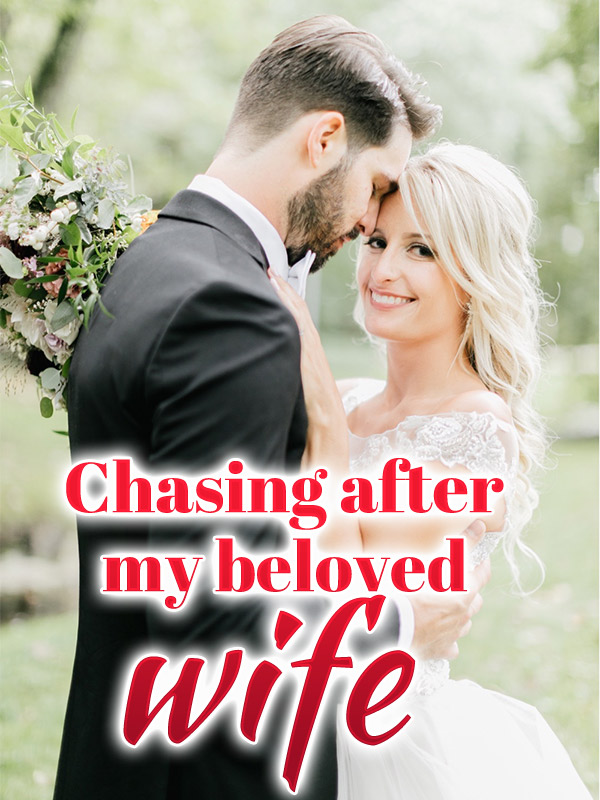 Chasing after my beloved wife

During the three-year marriage with Joye Leonard, Shawn Richard had been playing with other women. Joye didn‚Äôt care at all. But one day, one of his mistresses stood in front of her and provoked her,"I am pregnant."For the first time, Joye did some thing bad and made the woman lose her baby.Shawn grabbed her by the neck. "Joye, you've been holding back for three years, and you finally can't control it anymore?"She laughed with tears in her eyes, "I'm also pregnant, my child must be the first son of the Richard family...

At present, Joye Leonard was standing right in front of the door of room 1508, clutching her phone in her hand. With an indifferent gaze, she stared at the text message she received an hour ago.

She hadn’t even had a chance to change out of her office suit. With her hair in a ponytail and her sharp brows, she eluded the aura of a powerful career woman.

Behind her was a huge crowd of members of the media. Joye had been the one who asked them to come, and they had one objective. They were here to catch the adulterous couple red-handed!

"Mrs. Richard, why are you hesitating? Why haven't you entered yet?!" Someone from the crowd urged Joye impatiently.

After all, sneaking up on an adulterous couple was an exciting show not to be missed!

Joye took a deep breath and finally made up her mind. She said, "All of you, please do me a favor."

"What is it?" Everyone was confused.

Those in the crowd looked at each other in surprise, and of course, everyone was willing to help at such a task.

"Bang!" The door of the luxurious suite was not that sturdy after all. With a loud clang, the lock broke, fell to the ground and the door swung wide open.

"Who is it?" The curtain in the bathroom was pulled open, revealing a woman's graceful body.

"Ah!" Yelena White's face fell at lightning speed. She definitely didn't expect so many people to squeeze in from the door. The worst part was the blinding limelight as the reporters frantically took photos of the scene.

She immediately pulled the curtain shut, but she didn't close it completely. "Mr. Richard! Mr. Richard, wake up!"

A man's magnetic voice answered. He was only partially awake, as he was still half-drunk. He clutched the edge of the bathtub with his arm and stood up unsteadily with Yelena's help. "What's wrong?"

He had excellent facial features given his sharp nose and seductive lips. Couple with his alluring deep voice, he was extremely attractive.

Joye couldn't hold it in any longer. She pulled the curtain open with a swoosh. The man's lean chest was immediately exposed under the spotlight, and Yelena, who was beside him, covered her body in a panic.

"It's her! Yelena White, the celebrity who has deliberately destroyed my marriage! She's having an affair with my husband, Shawn Richard, all day and night. I, Joye Leonard, hereby request all companies in the entertainment industry to boycott this woman!"

She was firm in her tone as she made that statement, and the reporters took as many pictures as they could of every corner of the luxurious suite. They weren’t letting go of any of the small details!

This scene was simply too exciting to miss!

It would definitely become a hot topic that would cause a sensation throughout the city in no time!

"You! Joye Leonard! Who do you think you are?!" Yelena was so scared that her face turned pale.

Yelena had deliberately sent the text message to Joye, hoping that Joye could witness her failed marriage and then subsequently give up on her husband. However, Yelena didn't expect Joye would invite such a large crowd of media to publicize the matter!

Joye even made a request to boycott Yelena from the entire entertainment industry!

At this moment, Yelena was indeed afraid.

"Who do I think I am?" Joye took a step forward. "I'm the eldest daughter of the Leonard family, and almost half of the entertainment industry here belongs to my family!"

"M-Mr. Richard..." Yelena held Shawn’s hand tightly with a guilty look, but he pried her fingers off one by one.

He was still drunk just now, but at this very moment, he was already wide awake.

"I was still wondering who's behind this! It turns out to be you..." He walked to Joye with a towel wrapped around his waist, and he smirked slightly.