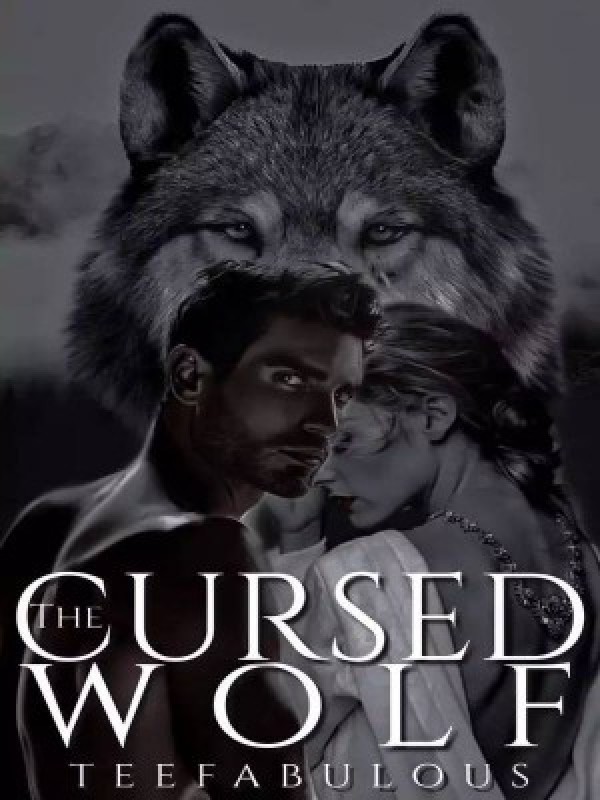 Alpha Tristan has been cursed never to find love due to his father's misdeeds. No matter how hard he tried, no one loved him including his own pack members that believed he was simply a thief, who stole the position that he was in. Frustrated and depressed, he cried out to the moon goddess to rid him of his undeserved curse and when the moon goddess finally appeared to him, she gave him a mission to go into the human world and find the one who can help him break out of his curse. He comes across Jade and Lydiathe two women with glowing eyes. One of them has the power to break his curse and the other will cause more harm for him. How would he react to the two women he encountered?

Everywhere went deafening silent the moment someone in the crowd had uttered that statement and Tristan had halted on his track.

Tristan clenched his fist with his eyes closed, trying to control the rage he felt.

The people worried as they looked amongst themselves, trying to fish out who had muttered that word to avoid being killed for they knew Tristan wrath and he didn't waste time in getting rid of anyone who dared him.

Cursed from birth, Tristan had to suffer the hereditary curse passed down to him because of the sins of his father.

His father Mateo had killed his cousin brother who was supposed to be the Alpha and took over the Alpha position and in doing so, he angered the moon goddess and so she placed a curse on Mateo and his son who had been born then.

Tristan had to endure the hate of his pack members from a very young age. He didn't know what he did and why they hated him for he caused no harm nor pain to anyone and as he grew up, he began to ask questions and finally he got an answer from his father himself who had told him of the crime he had committed and the curse placed on their family.

The curse as said by the moon goddess 'You have killed your brother who loved and trusted you with all his heart and so you will never find love from anyone. You will be hated and spoken ill off and no matter what good you do, you will never be appreciated and so shall your son.'

After finding out about the sins of his father, he understood why the people hated him. The people knew of what his father did and because of how powerful his father was, they feared him and obeyed him yet they hated him. He realised that the curse of the moon goddess was working against him which was why the people didn't like him even when he had not caused any harm to them.

His mother had died after the curse was placed on his father as the moon goddess' way of telling his father that love was far from him and the beginning of his misery.

Tristan craved love and affection but was deprived of that because of the sins of his father and unlike every other child, he didn't grow up having a mother by his side.

His father died and he took over even when the people didn't want him to.

Tristan ran deep into the woods, surprising everyone that he had not turned around to find out who had spoken the word he detest the most and had reminded him of the sins of his father.

Finally coming to an halt, Tristan growled in anger as he sought the moon goddess. "I call for you, hear me!" He cried out.

"I have come to beg for your forgiveness. Forgive my father for his sins, please!" He cried out loud as he looked at the sky.

"I will do anything. Anything to make sure the curse is removed! Please answer me! Please forgive me!" He cried out loud, looking at the sky while waiting for a reply.

The weather changed and the blue sky darkened. Wind blew hard and the trees danced to the direction of the wind. The whistling of the birds filled the forest as they flew around for safety.

"Moon goddess!" He called out again when he didn't get a reply, frustrated and in pain.

"Please hear my plea and answer me! I apologise for my father's sin and so I have come to ask for a way to undo the curse. I will do anything you ask of me!" He pleaded desperately as he waited for her reply.

He was about to lose hope when he heard the voice of the Moon goddess. "I have heard you Tristan, son of Mateo." She spoke.

"You say you will do anything right?" The moon goddess asked.

"Yes! Anything!" He replied almost immediately.

"Okay then. I shall tell you a way to undo the curse. You will go to the human world to find a human girl who will help you break your curse." She tells him.

The skin between Tristan brows creased in confusion as he didn't understand what it was she meant.

"Yes. You will find a human girl and she will be the one to help you break the curse." She tells him.

He didn't understand how an ordinary human could help break the curse of a moon goddess and it baffled him. How was he to find someone he didn't know and how would he recognize her the moment he sees her, he thought to himself.

"I am confused, Moon goddess." He tells her.

"How can an ordinary human help break my curse and how do I know who she is?" He questioned.

"If you do not mind me asking you to elaborate so I can understand." He requested.

"The one who would break your curse is in the human world and she isn't just an ordinary human. You will embark on a journey to the human world where you will find her. Do not worry because I will guide you to the location she is and there you shall meet her but I must warn you to be very careful and watch out for the one. You shall know her for she has glowing eyes." The moon goddess explained.

"Speak." She permitted him to speak.

"What does this girl you talk of have to do with reversing my curse and how would she do it? If she is an ordinary human as you say, what can she do and also because of your curse, I am unable to be loved by anyone." He tells her.

"Worry not about the curse Tristan. Unlike the others, it would be different but I must tell you do not take it as an easy challenge. There are going to be obstacles in the way and you might meet her and still the curse won't be reversed so easily so brace yourself." The moon goddess warned him.

"When do I embark on this journey moon goddess?" He questioned.

"Tonight. I shall guide you to her location and there your mission begins. Remember to watch out for the one with glowing eyes." She was reminded once again.