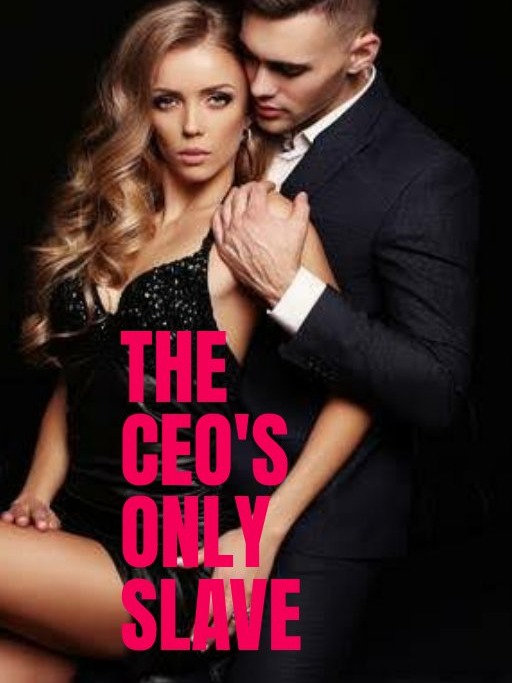 THE CEO'S ONLY SLAVE

Ballerina was a brilliant student. she had only one friend who too died due to cancer. Later her parents died too. She was broken and had only one family member and that was her aunt. Bellarina went to her Aunts place to live. But after the sometimes she gets to know that her aunt has sold her to a very rich Billionaire for the sake of money. ************ James cooper, the rich billionaire of the town. The only eligible bachelor of the town . Was very handsome. Had golden hairs and muscular body the pair of blue eyes. His blue eyes was so magnificent that you can spend billions just to see them. ******** James property was on stake as his grandfather died giving him a condition that if he wants his property then he has to marry a girl or any girl before he turns 25 or all his property will be donated to charity. James gets to know about this when he had only two days ,before turning 25 so in order to save his property he approached ballerina's aunt and ballerina and James had to marry in Such an such conditions. ******* James don't like ballerina and wanted to give her divorce but ballerina starts to like James. ***** The marriage was held in strange circumstances . James did marriage in compulsion but ballerina had dreams and expectations from from the marriage... ****** Let's see where the story goes... Will James ever fall in love with ballerina or this will be a one sided love story.

Belarina was a brilliant student.
She fetched a scholarship from her school for the university.

Belarina used to live with her mother, who was a divorcee.

The next day, belarina had to set off for her new University.

She was very excited.

All her school friends wished her a stroke of good luck for her new university as she won a scholarship in their school.

The next day in the morning belarina took her luggage which she packed the last day and went to her car area and from there her mom dropped too her and dropped her at the railway station.

There she finds her compartment and finding her seat and she settled there.

She bid a bye to her mom and the train started moving.
After about two hours later, belarina reaches to her destination.

She was happy but was tired too.
A cab driver came to her and asked her if she wanted any help.

Belarina asked her to drop her at Greenland University.

She went inside the cab and after an hour of driving, they reached their destination.

She paid the cab driver and went straightway to the dean's room, as he only knew that she was newly admitted here in the university.

The University was like a big palace. It was well settled.

It had a fountain, a colossal one in the middle of a rose garden.

When you go inside from the university main door, you can smell its scent all over there.

Though the scenery was great but belarina was in hurry.

She went inside in the direction of the dean's office after asking from the gatekeeper.

She slightly opened the door and asked him to let her in.

Ah…sir I am belarina…your new admission...... I got a scholarship here to study here” belarina said in nervousness.

He slightly scrolled his hands on his laptop and said that she can go to her class and can attend it regularly, plus her hostel room number is 302, so she can settle up there.

Thank you, sir" belarina said in overwhelming happiness as finally, she'll be in her room as she was tired.

She straightaway went to her room 302 where another student was already living.

Belarina didn't take much interest in her and arranged her stuff and after doing that she laid on the bed and fell asleep due to tiredness.Hey!! wake up. Are you any new student here. I mean I am Clare and I am your roommate here.
Well nice to see you it's already 9'o'clock and classes will be starting any time now. Aren't you coming?

Ah...well...I didn't know about it. Yes I am coming till you go, I'll be coming afterward... belarina said rubbing her eyes.

Belarina quickly prepared herself and rushed in the direction where her classroom was.

Suddenly she bumped into a girl who was coming from the opposite side. Belarina didn't see her.

Oh like really.. get lost...
The girl kicked belarina's books in different directions as they fell onto the ground while colliding.

The girl went doing that.
Belarina was in tears.

She wiped her tears gathered her books and not to arrive late into her first class she again rushed into the direction where the class was.

She finally reached inside the class. Thankfully there was no teacher there.

Belarina settled on the last table which was in a corner.
She was sitting only when the teacher arrived.

She came and after introducing herself started teaching.
Suddenly a gang of five students reached.

Oh, Daniel, you are late. This is your first class and you are late for this too" the teacher said as she knew him.

Sorry, it won't be repeated" a cocky voice said.
She was the only girl in that gang.

Well Daniel I have heard this name but where I didn't know.

But the teacher cleared up my doubt.
Daniel won the first prize scholarship in the university and belarina was the second.

Daniel is the smartest in the gang plus the richest plus the most handsome.

Girls die to be his.
They literally can do anything for him, for his one glance.
He's a person to be appreciated.

He recently had a breakup with a girl in whom he was not interested even a bit, kind of timepass she was.

Belarina saw the gang was coming towards her and she went nervous watching Daniel sitting beside her.

Her heartbeat started beating faster. Her hands were shivering.
He was sitting just next to her.

Belarina shifted a little to another side to make the gap between her and Daniel a little wider.

Suddenly the bell rang and the teacher departed.

After her, the creature sitting beside belarina too disappeared with his gang.

Belarina sighed in relief.
Later after her classes, she went to her room. She saw Clare not there.

She was still thinking about Daniel, about his ocean-like blue eyes.

She fell like drowning into it.
She find her sketchbook from her stuff and went to sit on a couch there in the room.

She started drawing Daniel in the sketchbook. She was completely in his control.