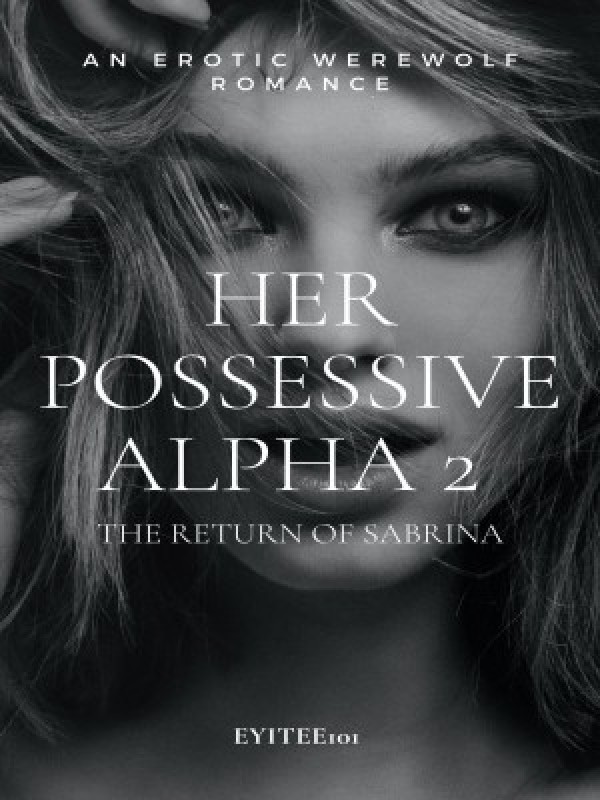 Her Possessive Alpha 2: The Return of Sabrina

The witch is back again, and she isn't here as Susannah the witch, she isn't here as Susan the deceiver, she is here as Sabrina the lost refugee, she is here with an ulterior motive, she is here with a different identity, she is here to ruin Lucas De' Clan's life. She is here to pay him back for all the evil that Rabbi the peasant has done to her in the past. She's ruined his life before, and she is here to do it again. Now, it's up to Lucas's mate, Ava Maynard to stop her. It's up to Ava to fight for her mate the way he fought for her. But will she succeed? Or instead, will Sabrina defeat her and get her final revenge on Lucas De' Clan? Only time will tell in Her Possessive Alpha 2: The return of Sabrina.

Deep within the boundaries that lay between the supernatural earth and the underworld, in a place where no mortal has ever visited, there lived a witch named Susan. Susan has lived in the boundaries for many centuries, and she is a creature known by many names; Susannah, the wicked one, the most powerful immortal, the all-seeing eye, but by popular demand (because of the numerous destructions she’s caused), many know her as the last witch.

“Sisters of the Virani, and all my deceased kin,

Hear me now today, as I call you from within.”

Susan was mixing up a concussion with the souls she’d just collected from the graveyard. She was making a spell on a boiling pot of green flames; this spell was quite different from the ageing spell she had in mind to prepare before. She rarely changes spells, but there could only be one reason that made her change her plans so swiftly; one reason that could have been so important, and that reason is none other than Rabbi Sinclair.

Rabbi; even after so long, she still detests every single letter of that name, Rabbi is the only reason she still wanders round the earth, because of her quest for revenge. You might ask that why does she want revenge on someone who is already dead? Rabbi might have been dead for over eight centuries now, but his soul still lives on, she knows this because couldn’t capture his soul after his death, but now after waiting for centuries, the soul of Rabbi Sinclair has returned to the earth in another body; the body of Lucas De’ Clan. He might be a different person with no knowledge of the past, but it does not matter; all she wants is the soul of Rabbi, and she’ll get it no matter what.

Her thoughts were interrupted by the sound of her pet Raven, Nabin, he always makes those sounds when he’s hungry.

She stood and headed over to the tree branch where the bird sat and began stroking its head with her fingers.

“Patience, my little one. This spell I am making is far more important than anything you can possibly fill your stomach with; nothing tastes as sweet as revenge, dear Nabin.”

She continued. “My plans changed when I saw Lucas De’ Clan at that graveyard. I have not seen him since the day I gave him the cursed existence, I was not pleased with what I saw today at all; in fact, my heart is as enraged as the flames which boil my pot. He was supposed to be miserable; he was supposed to suffer up till the point that he would wish for death to come to his aid…” she stomped.

“But no…. what happened to him was different from what I expected when I gave him the beast. He became an alpha, he found loyal followers, he found his mate, he found fulfillment, he found happiness…. OVER MY DEAD BODY!!!! Over my dead body will I ever allow that to continue….”

The volume of Nabin’s squawks increased and that’s when Susan realized the pressure she was putting on her poor little bird with her claws; she’d gone from stroking to strangling.

“Sorry Nabin,” she muttered as she released her grip on her bird and continued with the strokes. “It just makes me so mad…. Seeing him happy… makes me so mad.”

After comforting her pet, she wandered back to her large boiling pot and continued preparing the enchantment while she spoke.

“Lucas De Clan. When Rabbi reincarnated and returned to this world, I had hopes that the goddess would bring him back as an animal, or even give him the most miserable form of existence, but no, dear goddess just had to be so merciful to give him another human life, so he could ruin other people's lives the way he ruined mine. I met this new descendant of Rabbi for the first time eleven years ago at that hotel, and of course, he was no different from his ancestor than I'd expected; drinking himself to stupor, having a maiden and child at home but still didn’t mind to sleep with a strange woman he'd never even met before, might be a different body, but still remains nothing but a selfish bastard.

“I cursed him that day, not only that but I also took the souls of his wife and child, he didn't deserve them anyway…” she paused her statement with an evil round of laughter before continuing.

“Even with how much I punished him, the desire to get revenge for my kin still burns ever so strongly within me, I am not yet satisfied until I have his soul in my hand, but first, I want to see him suffer so much. I want to see him beg me to kill him.”

“Patience Nabin. As soon as it is done, this spell will make our revenge complete, the end of Lucas De’ Clan is yet to come, very soon…” She checked the insides of the large pot where she was cooking up her spell, it would soon be ready, all that was left was to wait till the fog erupts from the pot’s surface. She then got up and went back to continue stroking her pet, and while she waited, she let her mind travel back to that fateful day, the day that became the worst day of her life; the day she met Rabbi Sinclair, the story of how she became the last witch.

Long ago, humans and witches along with other mystical creatures; vampires, werewolves, trolls, etc., lived together in harmony, but things changed when the humans began to multiply and their forces overpowered the other creatures. The humans became greedy and jealous of the great power the great creatures possessed, and they began to attack them for no reason, making them almost extinct after finding out the element that made them most powerless, their weakness, silver.

Because they held the greatest power, the witches were the main target for the humans amongst the mystical creatures, and the humans showed no mercy until they wiped them all off the face of the earth, one by one, until all the wizards were gone, and then until it remained the last coven of witches, the Virani.